Grace to you and peace from God our Father and the Lord Jesus Christ!

I am happy to write to the Redemptorists missionaries inAfrica as well as the superiors of the mother provinces in other parts of the world. This letter intends to highlight the most important decisions that were taken during the regional meeting atIbadan, Nigeria, 26 November – 5 December 2006 and offer a summary of the subsequent reflection by the General Council in the course of its extraordinary session, 11-21 December 2006.

As you may know, in March 2006, the General Council decided to broaden participation in the most recent meeting of the Region of Africa in order to include the superiors of the mother provinces in Europe, Latin America, Asia and North America. The idea was to expand the discussion of the most important challenges that the Congregation is presently facing in Africa. As a result, during the first four days of the regional meeting, the African superiors met together with members from the General Council and the issues that were debated included topics that appeared on the agenda of the other five regional meetings in 2006. The superiors of the mother provinces participated in the final four days of the regional meeting and the agenda included the questions of restructuring, initial and continuing formation as well as financial support for our mission in this Region.

Before summarizing some of the decisions taken, I would like to report that the General Council was very satisfied with the work of this regional meeting. We express particular gratitude to the Redemptorists of Nigeria for the thorough preparation of the gathering and the attention that was given to the thirty participants. I also thank the superiors themselves, those coming from different parts of Africa as well as those from other Regions; their good will and industry contributed to the successful outcome of the meeting.

What was decided at the meeting regarding the issues of restructuring, formation and finances? The participants were aware of the need to find a new structure for the mission of the Congregation in Africa. The interim report of the Commission for Restructuring was studied, especially the different models proposed for consideration by the Congregation at the midpoint of the sexennium. Particular interest was expressed in the models of a conference and a network. A conference offers the advantages of a structure that would encourage closer cooperation among the Redemptorists in Africa and provide for some regional decision-making, while a network that would include the African units and their mother provinces as well as other interested units of the Congregation could channel more effectively our solidarity and help to promote even greater cooperation among confreres.

To carry forward the reflection on restructuring, the participants in the expanded regional meeting decided to set in place an interim body called the Commission for Africa, to be composed of five members: the general consultor from Africa, the two sub-regional coordinators and two other members to be named by the General Council. During its recent extraordinary meeting, the General Council decided to add Father João Pedro Fernandes, the superior of the Vice-Province of Angola and Father Georges Darlix, vicar general emeritus and member of the Province of Lyon-Paris, to the three ex officio members: Fathers Athanase Nsiamina, José Collado (Burkina-Niger) and Seán Wales (South Africa). I am grateful to Fathers Fernandes and Darlix for their willingness to serve on the Commission.

The regional meeting proposed that the Commission for Africa work to carry forward the search for new structures in Africa, while implementing the different accords reached in the areas of initial formation and economic solidarity. It is expected that the Commission will submit for the approval of the General Council by-laws or statutes that will govern its work. The General Council will also approve a budget to deal with the operating expenses of the Commission. The participants asked that the general consultor have the responsibility of convening the first meeting. Father Nsiamina plans the first encounter of the Commission for April 2007.

The regional meeting also made admirable progress toward greater cooperation in the critical area of initial and permanentformation. Agreement was reached on a number of clear criteria to guide the formation of Redemptorists in Africa; there was also accord on joint novitiates as well as programs to assist young confreres during preparation for final vows and their eventual transition to full-time ministry. Further discussion is needed regarding the theological formation of students in the Anglophone units; to this end, a recommendation to the General Government will be given by 1 January 2008. The participants asked the General Government to approve the appointment of formators who will be proposed for collaborative programs of formation in the next triennium; the idea behind this request was to encourage stability and accountability in programs that are shared by several units. The Commission for Africa is expected to play a crucial role, both in implementing the decisions already approved as well as in the resolution of outstanding questions.

Finally, the extended regional meeting examined the question of greater economic solidarity in support of our mission inAfrica. The meeting approved the establishment of a supplementary fund to help units with the cost of first formation. The supplementary fund would be constituted by contributions from units in the African network and administered by a committee to be named by the Commission for Africa. The General Council chose not to approve the immediate implementation of the proposed supplementary fund. Instead, the Council asked for further study of the economic reality of our mission in Africa, requesting that theEconome General, the General Secretariat for Finances and the Commission for Africa offer their opinions on the scope of the fund and ways to construct it before the Council approves its implementation.

As you can see, the African regional meeting was not limited to talk but rather a high degree of consensus was reached on important issues for the future of our mission. The participants left the meeting with the belief that together we charted a course for years to come. It is my intention that Africa will continue to figure prominently in the program of the General Council and I trust that we will have the valuable help of other bodies, such as the Commission for Restructuring and the Commission for Africa as well as advise and prayerful support from all Redemptorists, especially those now announcing the Good News to the poor in that immense continent.

Fraternally in Jesus Christ the Redeemer, 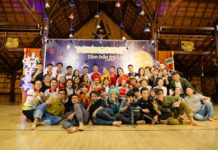 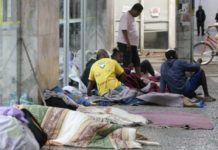 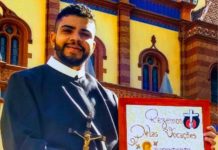 Reflections on the vocation