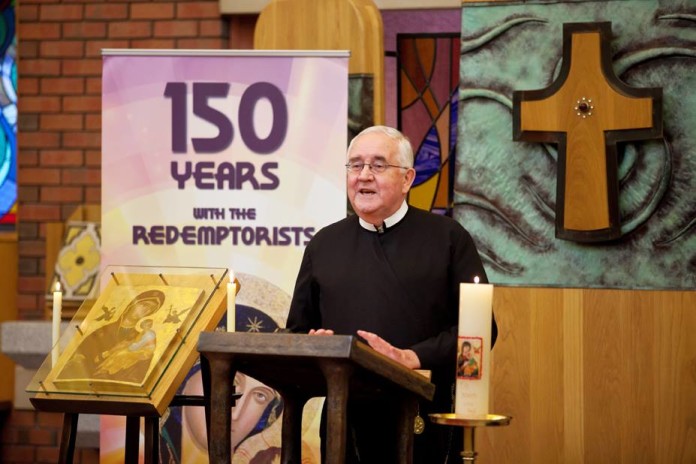 Fr. Séamus Enright, rector of our community in Limerick, has tell us about the statue of Our Lady of Perpetual Help that has been removed from the grounds of Marianella.

The unusual statue of Our Lady of Perpetual Help has been removed from the grounds of Marianella, Dublin. After restoration it will be relocated to a new shrine at our church of Mount St Alphonsus, Limerick.
The statue was carved by Seamus Murphy, a famous Irish sculptor, for the Redemptorist Studendate, Cluain Mhuire, Galway in 1959. It was moved to Marianella when Cluain Mhuire closed in 1990.
On April 4th, as part of the 150th celebrations, Mgr. Charles Brown, the Papal Nuncio to Ireland, will bless the new shrine in Limerick. 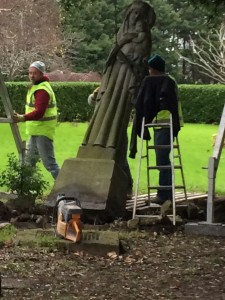 Here are two pictures, a detail of the statue, and as it was removed from Dublin for transport to Limerick. 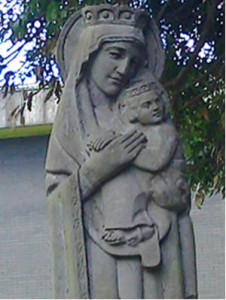 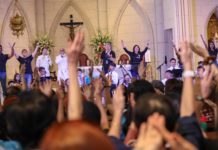