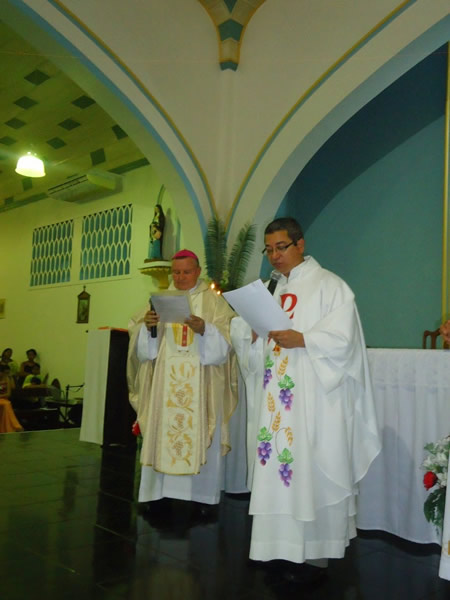 Father Zenildo Luiz Pereira da Silva, C.SS.R., has been appointed as the Coadjutor Bishop of the Prelature of Borba (Brazil).  Fr Zenildo was serving as the Parish Priest of the Cathedral “Santana and São Sebastião” in the diocese of Coari.

Father Zenildo Luiz Pereira da Silva, C.SS.R., was born June 6, 1968, in Linhares, diocese of Colatina (Espírito Santo). When he was five years his family moved to the city of Cacoal, Ji-Parana diocese in the State of Rondônia.  He joined the Redemptorists in Manaus in 1993, and was ordained on August 11, 2001. He has the distinction of never attending a class reunion – as he was the only priest ordained in all of Amazonas that year! 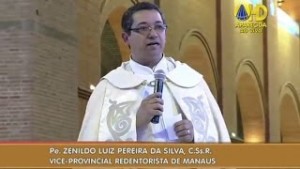 Fr. Zenildo Luiz Pereira da Silva, had been the Vice Provincial of Manaus in 2011-2014.  He was nominated Coadjutor Bishop of Borba in the Brazilian state of Amazonas on February 24, 2016.  He has served the Vice Province of Manaus in various capacities, as a superior, pastor, formation director and fundraiser.  He is the fifth Redemptorist from the Vice Province of Manaus  to be appointed as a bishop. The others are: Bishop Thomas William Murphy, Bishop Mário Robert Emmet Anglim, Bishop Emeritus Gutemburg Freire Regis, and Bishop Jacson Damasceno Rodrigues.

The Prelacy of Borba is located southeast of Manaus on the Madeira River  in northern Brazil.