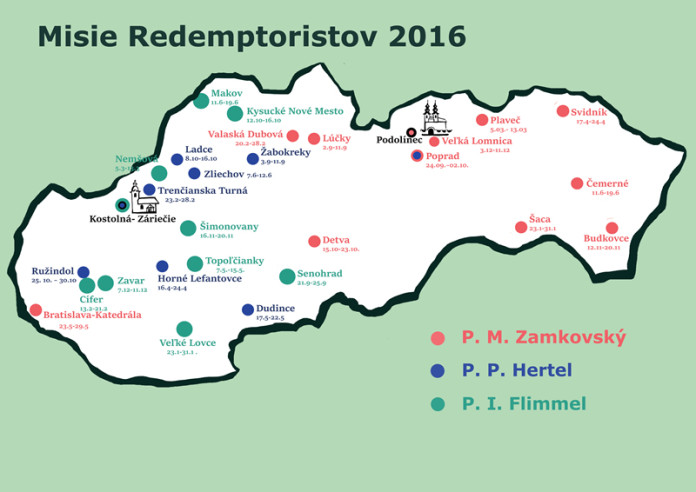 The Vice-Province of Bratislava is celebrating the “kairos” of mercy. From January 21 – January 23 the Vice-Province organized an inter-provincial meeting of three units:  Prague, Michalovce and Bratislava. Mgr Ralph Heskett, Bishop of Hallam, the principal speaker, focussed on the reality of mercy. 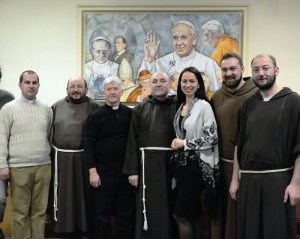 From January 26 till January 31, Fr. Rastislav Dluhý led a retreat for 200 people in Nimnica. The retreat, “Merciful as the Father”, was recorded by the Slovak Catholic Television station LUX and will be broadcast during the Year of Mercy on TV LUX.

On January 23, the Redemptorists of Bratislava Vice-Province started a new mission season with two popular missions. At present there are three mission teams in Slovakia, each conducting about ten mission outreaches (either eight-day popular missions or post-mission follow-ups). Besides the parish missions, there are several short retreats for lay people and also for religious sisters. 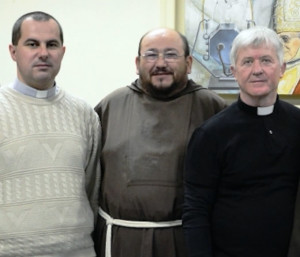 Fr. Peter Hertel will lead a retreat on Mercy from April 1-3. Fr. Michal Zamkovský will do the same in Nimnica from August 2-7. The retreat will be recorded by TV LUX and broadcast on TV. At the invitation of the Archbishop of the Lithuanian Archdiocese of Kaunas, Mgr. Liongitas Virbala S.J., Fr. Michal Zamkovský will also lead a retreat for priests of this Archdiocese. After this retreat, he will lead another for the Coordinators of Evangelization of the Archdiocese. The time of ministry in Lithuania will finish with a retreat for enclosed Benedictine Sisters in Kaunas. Fr. Michal will lead all three retreats together with our Partners in Mission from the River of Life Fellowship based in Podolínec, Slovakia.

Redemptorist Publications in Slovakia is reflecting this time of grace in its publishing work. In each issue of the monthly Magazine Slovo Medzi Nami (The Word Among Us) there will be an article on the subject of mercy. We are deeply grateful to Majellan Publications in Australia for providing some of the articles on this topic. The whole Lenten issue concentrated on mercy. We have also published for this year two books by Fr. Bernhard Häring CSsR: To Love Kindness (The Heart of Compassion) and Discovering God’s Mercy. Soon we shall be publishing two new books: Impressions of Jesus by Fr. Denis McBride CSsR and and a book for children: Jesus Speaks to Me about Confession, by Angela Burrin. The Slovak Redemptorists will also translate and publish Pastoral (official catechetical) resources for the Jubilee Year of Mercy:  a series of seven books promulgated by the Pontifical Council for the Promotion of the New Evangelization (http://www.iubilaeummisericordiae.va/content/gdm/en/sussidi.html).