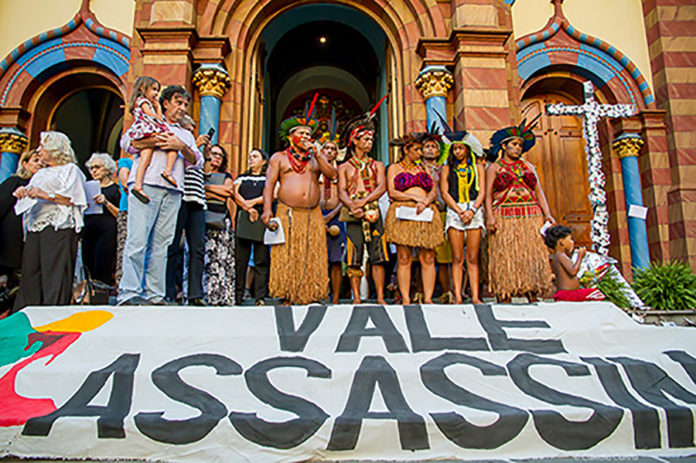 (Brazil) Hundreds of faithful attended the mass in honor of the victims of the tragedy of the rupture of the dam of the Córrego do Feijão mine in Brumadinho, Metropolitan region of Belo Horizonte (MG), on the night of February 22. The celebration took place in the Church of St. Joseph and was presided over by the auxiliary bishop of the archdiocese of BH, In charge of the Vale do Paraopeba region, and the Redemptorist missionary, Mons. Vicente de Paula Ferreira. Several priests concelebrated, among them Fr. Renê Lopes, parish priest of the Matriz de São Sebastião, of Brumadinho. 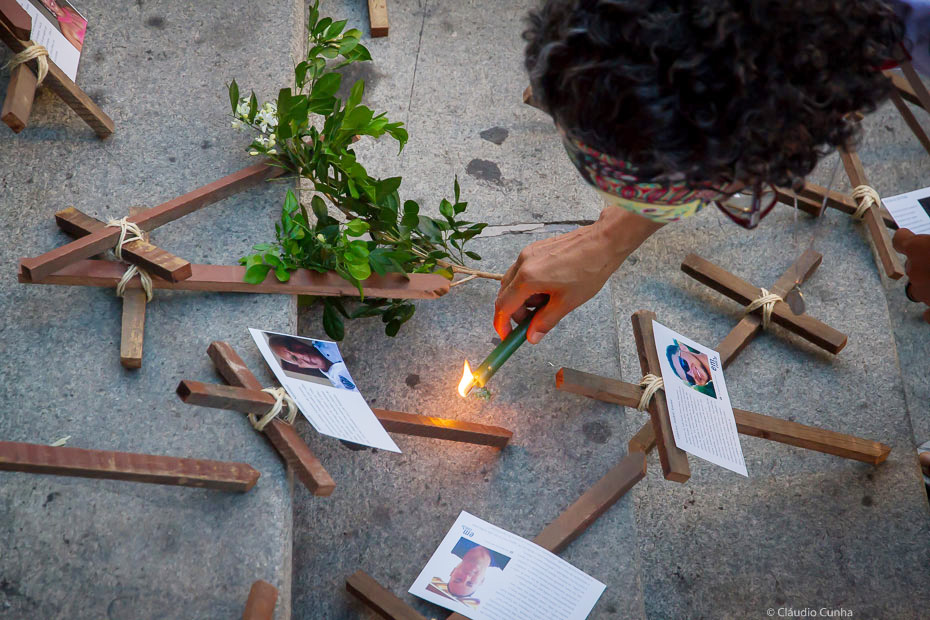 In the churchyard, a huge cross was placed with photos and names of all the people who died in the disaster, causing great commotion for those who passed by. Before the beginning of the mass, a group of 14 indigenous People from Aldeia Naô Xohã de São Joaquim de Bicas, affected by the tailings, demonstrated and prayed the Our Father in the native language. 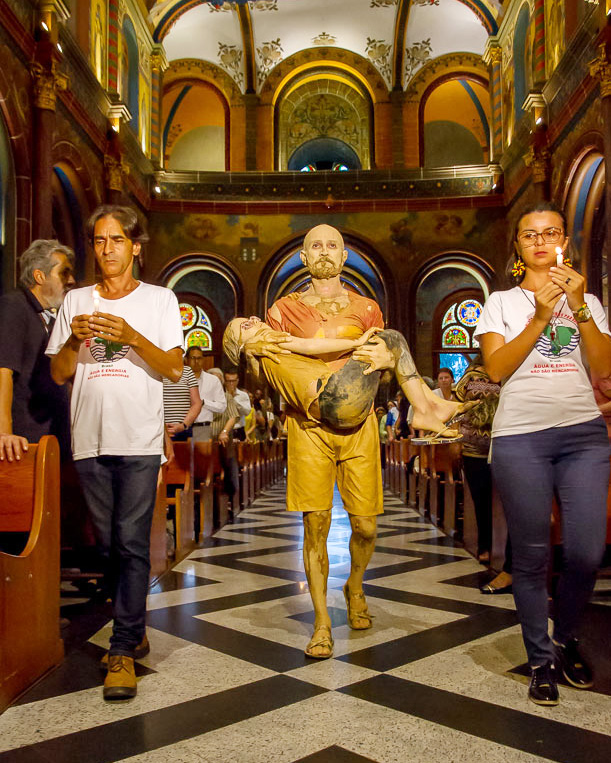 One of the highlights of the celebration was during the penitential act, with the entrance of a man holding a child in his arms, both covered with mud. A group of nuns received them at the altar, washing their faces.

The mass was part of a series of celebrations and demonstrations in solidarity with the victims. The religious acts were organized by the Conference of Religious of Brazil (CRB), Church St. Joseph and Archdiocese of BH. This Monday, February 25, marks a month of this tragedy that left 179 dead and 131 missing, according to the latest Civil Defense report.