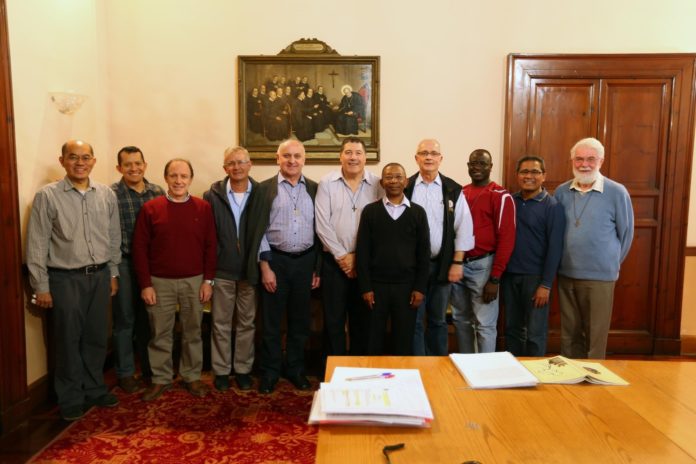 (Rome) The meeting of the General Commission for Africa and Madagascar took place from 5th to 9th of March in General Curia, Rome. For this meeting all the members were present and Father General, Michael Brehl was with us in the evening of the first day. The members of the Commission those who were present are Fr. Nicolas Ayouba (General Consultor, member of the General Secretariat for Evangelization), Fr. Sean Wales (South Africa), Fr. Joseph Apisit (Thailand), Fr. Glenn Parker (Richmond), Fr. Ramón Correa (Buenos Aires), Fr. Jorge Gómez (Bogotá) and Fr. Francois Stanula (Francia). There were also representatives of the General Secretariat for Evangelization Fr. Pedro López Calvo, General Consultor, Fr. Sebastian Ani Dato, General Consultor, Fr. Cristian Bueno, Secretary General for Evangelization. 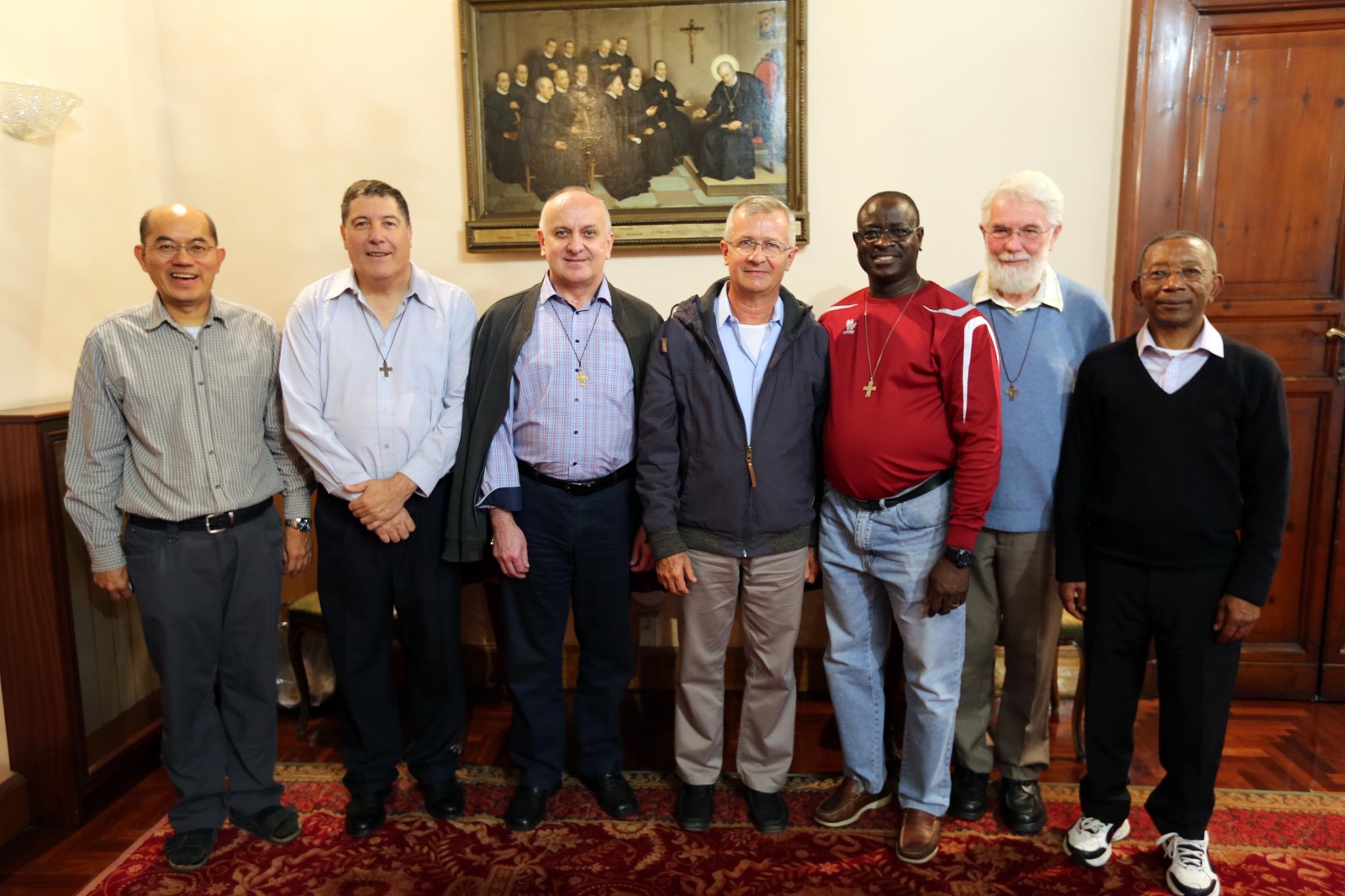 So, to achieve this a brief introduction or reminder of the creation of this General Commission was necessary. First, we shared our rich and varied experiences in relation to Africa and Madagascar. It was important to see the link between the Commission for Africa and Madagascar and the General Secretariat for Evangelization. All of our tasks were pastoral. Then we were reminded what was decided by the various General Chapters, and also recalled what was done or not, in order to learn from the lessons or mistakes of the past. We noticed that there have been several initiatives and attempts to concretize the decision taken that Africa (and Madagascar) is a priority for the Congregation. We must recognize the “growth of Units and the number of missionaries on this Continent from 1985 to now”, said Father General Michael Brehl. Therefore, we acknowledged and congratulated to Mother Provinces and its Units engaged in Africa and Madagascar.

We want to recall here what was said and decided in some of the last General Chapters:

we also mentioned about the Regional Meeting held in Ibadan, Nigeria from November 26 to December 5, 2006, and followed letters from Father General Joseph Tobin. We also noticed:

All this is to answer the question: where were we from? 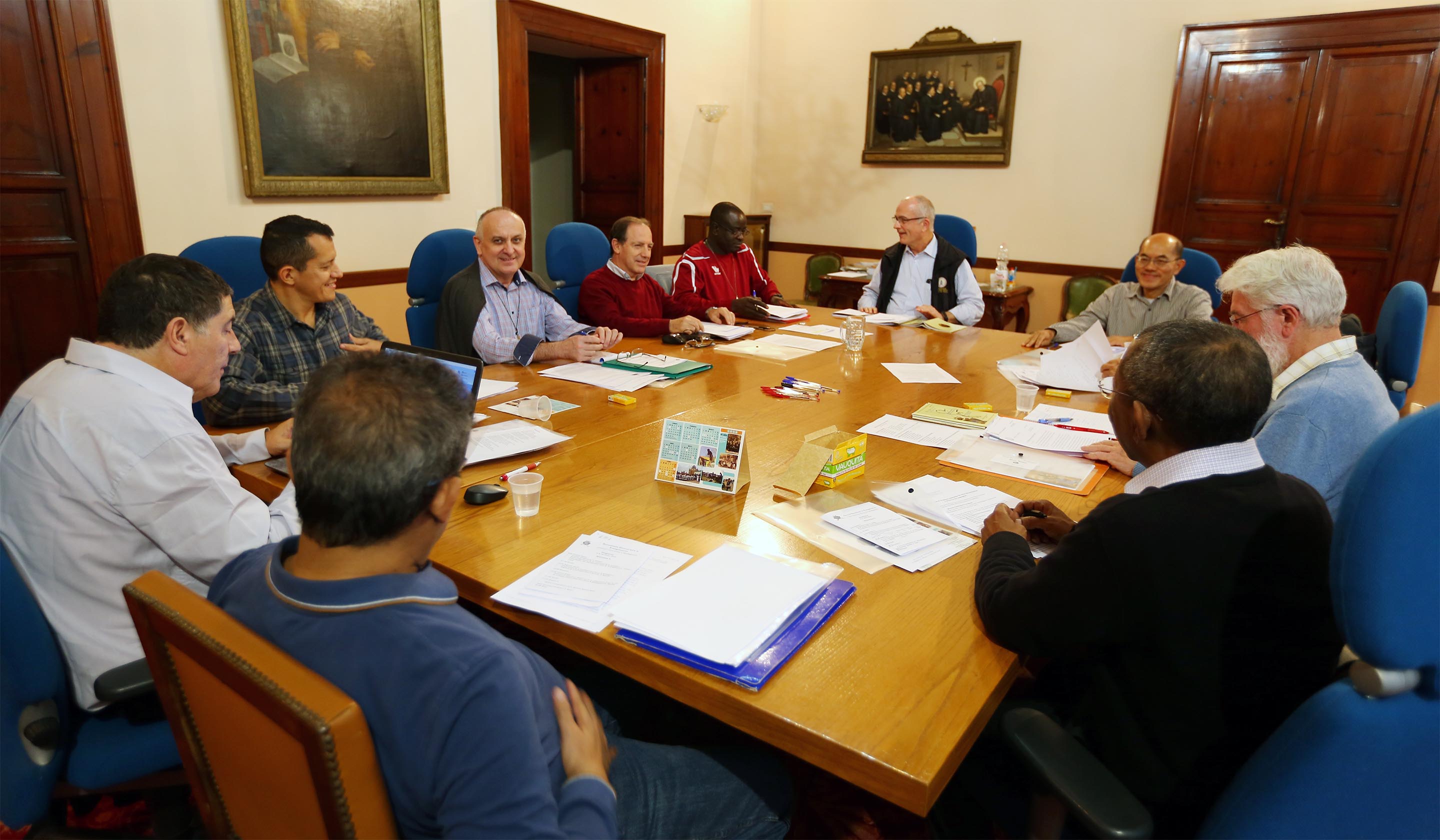 So, where we are now? What is going on or happening or not happening in the Conference of Africa and Madagascar?

At this stage, we notice many lacks, fragilities, obstacles and fears which limit in leadership, faithful religious and community life, apostolic life, in following the best practices in finance and accountability; a lack in having and following Protocols and Policies on Child safeguarding and protection of Vulnerable adults. we find ethnicism everywhere. Do we really have the Redemptorist spirit in Africa and Madagascar?

Africa and Africans have given themselves a poor profile, from outside and even from within Africa. This Africa is perceived to be truly the third world summit of all poverty, the continent of all trafficking for a long time and a Continent of perpetual needs. The impression can be given that Africa is all and only about trafficking, of Drugs, Organs, Weapons and even religious trafficking (view of all the proliferation of Islamist and fundamentalist groups, as if Africa shall be more Muslim than the worldwide Arab countries?).

There we also discover the impulses of groupism behind the borders and label of ethnic and cultural barriers, where Christian and religious life and even the water of baptism seem insignificant signs or a decrepit symbol.

What’s going on in Africa and Madagascar?

In COREAM nowadays, we also have many things going on already in this Conference. Africa yet remains a young and growing Continent, a fertile ground for many priestly and religious vocations that explain also the youth and growing members of our Units.

The COREAM Coordination and Solidarity Office based in Nairobi functioning well. Some concrete steps were already taken in the Conference or between some Units of the Conference: The COREAM is implementing and carrying out to its best capability. The Common Formation Houses and the COREAM Ratio Formationis in course of elaboration: in Burkina Faso, Nigeria, Zimbabwe, and Madagascar. The project for Common (inter-Units) missionary initiatives and teams: Tanzania, South Africa, Malawi, Zambia, Congo Brazzaville, South Sudan are carried out. Many Social projects are going on well, with Fr Gerry O’Connor’s support and dedication. A website is created on fundraising but known widespread: Redemptorist Units Network for Africa and Madagascar (RUNFAM), Cf. current Strategic Plan page 15. We need more information on the “Fund for Africa and Madagascar” and the “Redemptorists International Solidarity (RIS)”, directed by Fr Gerry O’Connor, and on how it works and how to increase it? The documents have been written and we had Bursars training on best practice in finance and accountability (Training for Units Bursars); we need ensuring and strengthen in COREAM accountability and transparency. The Apostolic Plan and the Plan of Reconfiguration in course of elaboration for the quadrennium 2019-2022, and also a Strategic Plan (2016-2019) for 2019-2022, ready to be revised and presented to the mid-Sexennium meeting and to the next COREAM Assembly in August 2019. The need to ensure and strengthen the implementation of the Protocols and Policies on Child safeguarding and vulnerable adults’ protection.

Where we are going?

How do we give back to Africa the lost or degraded image of greater human and religious values, of evangelical solidarity, of uncompromising hospitality, of faith and of respect for the person and life and of Redemptorist culture and tradition?

What was our experience in these three days of the meeting of our commission on Africa and Madagascar (COREAM) as a priority of the Congregation?

You will receive very soon a message and some recommendations from the meeting of our Commission, especially on three points:

Fraternally and united in Christ the Redeemer.