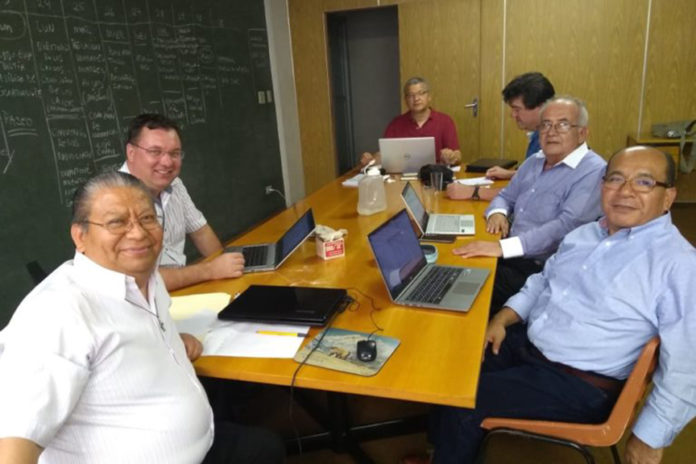 (San Pablo, Brazil) The Council of the Conference of Redemptorists of Latin America and the Caribbean met in the house “Pesquisas religiosa”, (this is the name) in the Province of São Paulo, Brazil, from April 27th to 29th to prepare for the Mid-Six-Year Meeting and the Assembly of the Conference to be held in Mexico City from 17 to 30 June 2019.

During the meeting the topics were selected that will be discussed during the Assembly. They were further analyzed and the other related Agendas were presented.

The meeting was chaired by Father Marcelo Araújo, President of the Conference, together with the other members of the Council: Fathers César Torres, Vice Province of Peru North; Roque Silva Alves, Vice Province of Bahia; Luis Carlos Jaime Murillo, Province of Bogotá. Father Oswaldo Duarte, province of Paraguay, one of the moderators of the mid-sexennium meeting, and José Guadalupe Nazarin, province of Mexico, who will welcome the members of the assembly also participated. Also Father Rogério Gomes, one of the general consultors of the Congregation, was present as a former member of the conference provincial group.

The meeting took place in an atmosphere of integration and fraternity. In the celebration of daily Eucharist the confreres received the prayers of all the units and at the same time prayed for those who follow this meeting.