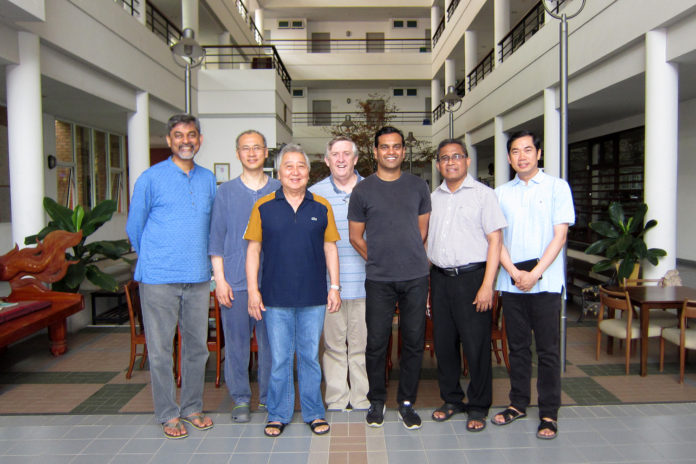 (Thailand) The Asia Oceania Commission for the Apostolic and Restructuring Plan along with the Council of the Conference for Asia Oceania met at Minburi in Bangkok in Thailand from 20th to 22nd May. The commission met to give the final and finishing touches to the Apostolic and Restructuring Plan of the Conference. This Plan will be presented at the Mid Sexennial Meeting at Saigon in Vietnam towards the end of October.

The Commission consisted of Paul Vinh from Vietnam, Gerard Louis from Singapore and Malaysia, Sebastian Ani Dato General Consultor, Jovencio Ma Conference Coordinator, Ivel Mendanha from Majella in India, John Hodgson from Oceania in Australia and Rio from Korea. The Council (Jovencio Ma, Ivel Mendanha, John Hodgson and Rio along with Sebastian) also met to plan for the forth coming Mid Sexennial and Conference Assembly. The Commission and the Council are very grateful to Fr. Michael Picharn, the Provincial of Thailand and the community at MInburi for their hospitality and generosity in hosting this meeting.

Provincial Superior of the Vice Province of Majella