A crucifix at the side of a road on the northern periphery of Tilburg, the city of origin of Blessed Peter Donders. Why?

On 27 October, Tilburg celebrates its liberation from German occupation by Scottish troops 75 years ago, starting right in the neighbourhood where Blessed Peter Donders was born, and on his birthday, 27 October, 135 years before. During the Second World War the people of Tilburg often prayed “Our Lady, push them a little more. Blessed Peter push them another meter”, pointing to the dropped bombs. They do not thus consider it to be mere chance that Tilburg did not suffer as much from bombs as did other cities in the Netherlands, and certainly it was not by chance that they were liberated on the birthday of Tilburg’s most famous and beloved inhabitant. They simply attribute it to the intercession of Peter Donders.

In remembrance of this, the crucifix was placed at the corner of the sanctuary in Tilburg ten years later, in 1954, having been donated by an unknown devotee of then Venerable Peter Donders.

Preceded on Saturday by the opening of a new temporary exhibition in the Peerke Donders Pavilion, Museum of Charity, entitled “The last witnesses”, on Sunday, as every year on October 27th, a mass is celebrated in the chapel in the Peerke Donders Park to commemorate two events: the birth of Peter Donders and the liberation of Tilburg. It reiterates that Peter Donders made no discrimination, either by race, or by origin, or religion. By loving each of his fellow human beings as ardently as he loved God, he contributed to the peaceful coexistence of people of different cultures and religions, of which Suriname today is a good example and in which people are also engaged in Tilburg.

Let us thank God for the inspiring example of Blessed Peter Donders! May it also help us to contribute to a peaceful world!

A Faya Lobi (“ardent love”), the national flower of Suriname, that for a long time blossomed next to the tomb of Blessed Peter Donders, but now, perhaps symbolically, has been replaced by a variety of flowers in various colours. 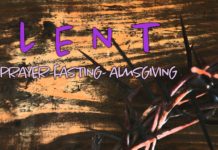 Lent: a time to reflect on the Paschal Mystery of Christ 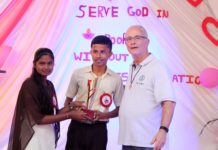 The V. Province of Majella’s outreach to Migrant slum children through Education 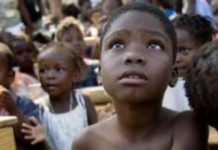