It may be useful, if not necessary, to reflect on the importance of the common good as an aim of politics, particularly in light of what is happening in various parts of the world where, to recall only the most recent facts, an increase in the price of the metro ticket (Chile), the application of a tax on calls via WhatsApp (Lebanon), the revocation of subsidies for fuel (Ecuador), has triggered a popular protest, which has exploded because of the desperation that comes from poverty and situations of great disparity in income between the poorest part of the population (the vast majority) and a very rich minority, forcing the policy to withdraw from the measures taken and to realize that it can be dangerous and harmful for all to underestimate the demands of the population.

The common good is a concept that has found acceptance above all in Catholic reflection, but that is born very earlier. Aristotle speaks of it, considering “goods” the aims that man pursues in his actions, among which the highest aim is the construction of the polis, the city, and therefore, the common good. Throughout the Greek world, having the life of the public thing at heart was of primary importance, so much so that those who were not interested in it were considered idiota (which is self-standing; a simple man, rough, without education, with little intelligence). The concept of the common good is then found in Roman civilization in the meaning of the good of the community, the res publica, even if it does not receive much attention except for Cicero and Seneca. It returned to the center of interest in the thirteenth century, with St. Thomas Aquinas, who reworked the reflection of Aristotle and made it the pivot of his vision of man and the human community. Since then the common good has been at the center of Christian thought and has become a fundamental principle of the Social Doctrine of the Church, beginning with Rerum Novarum, up to Vatican II and, more recently, Benedict XVI’s Caritas in Veritate and Francis’ Evangelii gaudium.

In secular culture, instead, the concept of the common good has been on the scene till the early Renaissance and then it is not much considered by leading philosophical and political thought and secular ethics, from the fifteenth century onwards. It was ignored by the Enlightenment and was neglected until the twentieth century when it was taken up by some philosophers of Anglo-Saxon law, interested in the notion of social justice (such as John Rawls) and by the current of economists who questioned the existence of collective goods (including the Nobel Prize laureate, Elinor Ostrom).

Despite this recent attention, however, the common good has not yet recovered the ground progressively lost in modernity and continues to be anachronistic for many today, especially for the persistence of an individualist vision of man, which undermines the possibility of basing his sociality and therefore politics on an objective fact around which to converge. With this vision, the social dimension of existence as a constitutive factor of the human being is reduced to a completely accessory reality and society assumes the characteristics of an external structure, with which it becomes necessary to deal with the sole purpose of avoiding serious conflict.

Differently, if there were a commitment from everyone and in particular from politics to protect the “dignity, unity and equality of all people”. (CDSC 164) and therefore the common good, dramatic events such as those mentioned above could be avoided or at least scaled down. The commitment to the common good, which for Aristotle is the aim of politics and its qualifying dimension, favors the search for that “the total of social conditions which allow people, either as groups or as individuals, to reach their fulfillment more fully and more easily” (Ibidem). In the human person, whether we want it or not, individuality and relationality are inseparable, so: “The common good does not consist in the simple sum of the particular goods of each subject of a social entity. Belonging to everyone and to each person, it is and remains “common”, because it is indivisible and because only together is it possible to attain it, increase it and safeguard its effectiveness, with regard also to the future. Just as the moral actions of an individual are accomplished in doing what is good, so too the actions of society attain their full stature when they bring about the common good. The common good, in fact, can be understood as the social and community dimension of the moral good.” (Ibid.).

As a result, the good of all and of each individual must include everyone, beginning with the excluded, the most fragile and the poor; it must also include future generations, especially in terms of environmental resources; it does not admit the excessive disparity in income between the citizens of a nation or between individual states, which is still so widespread today and has always been the main cause of all social and international tension. It is the commitment to the common good that allows the Christian person to strive for God as his ultimate goal for the individual and for political action in general, to pursue that happiness which, from Aristotle onwards, continues to be the ultimate goal of human life and which, while not coinciding with the common good of a nation or a people, nevertheless constitutes its presupposition. 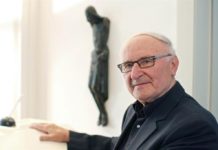 “It only attracts a beautiful theology, one that has the breath of the Gospel and is not meant to be merely functional” 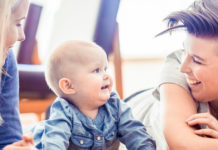 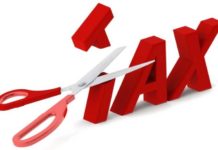