A new Redemptorist mission has been inaugurated on the island of St. Vincent, West Indies, and confreres working in the Caribbean region (Dominica, St. Lucia, and St. Vincent) met on the island for an assembly from December 10 through 12.

Even though the Baltimore Province has handed back some Caribbean parishes to various dioceses, the province’s Extraordinary Provincial Council discerned that the new mission was in keeping with the Redemptorist charism and accepted the invitation of the Holy Spirit to undertake this ministry. The mission is led by Father Kevin Murray, C.Ss.R., and Brother Gerard St. Hilaire, C.Ss.R., both of whom were previously stationed in St. Lucia, West Indies.

On November 3, 2019, two days after the arrival of the Redemptorists in St. Vincent, the Most Rev. Gerard County, C.S.Sp., the bishop of Kingstown, St. Vincent and Grenadines, Antilles, installed Father Murray as parish priest of St. Benedict’s Parish. The parish hosted a Triduum from December 4 through 6 as part of the inauguration of the mission. Father Ako Walker, C.Ss.R., preached on the themes of the Holy Spirit, the Eucharist, and Mary.

Father Paul Borowski, C.Ss.R., Provincial Superior of the Baltimore Province, presided at the commissioning Mass on Sunday, December 8. At this Mass, he exhorted parishioners to keep the focus on Jesus and challenged them to fully collaborate with the province in the St. Vincent mission. He likened our lives and our relationship with Jesus to the roads of St. Vincent: many winding corners.

While it is ideal that the path to Jesus is straight and certain, he said, we need to trust completely in him because—as with the roads on the island—it’s hard to see what is around the corner. Entrusting the mission to Mary, he reminded his listeners of her yes, her complete trust and faith in God. Mary, he said, is to be the Redemptorists’ example as the confreres begin parish ministry and evangelization in St. Vincent.

Later that afternoon parishioners and workers who had helped renovate the building not being used as a Redemptorist residence gathered for a barbecue. Before the meal, Bishop County blessed the residence, which has been aptly named Liguori House.

On the first morning of the assembly, Bishop County led the confreres in retreat. Using the Gospel passage of the Annunciation, he reiterated the need to be faithful and open just as Mary was. He noted that although all people have their own projects and goals in life, we must remain open to God’s project in our lives.

He also used the Vita Apostolica document to guide confreres through what it means to be Redemptorists ministering in a wounded world and how they are to actively respond to their vocation in a tangible, concrete way. He called on the confreres to love one another as they live out the challenge of community living. Bishop County also presided at the opening Mass of the assembly, again signaling his profound joy at the presence of the Redemptorists in his diocese.

During the plenary sessions–led by Father Borowski, with assistance from Father Matthew Allman, C.Ss.R., second consultor for the province–confreres discussed the state of the Baltimore Province, the North American Conference, and the worldwide congregation, with special emphasis on restructuring. Discussions also centered on formation and vocations, the plan for community life, and the Holy Redeemer Retreat House in Dominica.

The assembly ended December 12, the Feast of Our Lady of Guadalupe, with Mass and a renewal of vows. 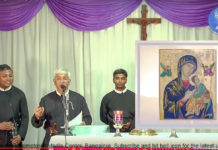 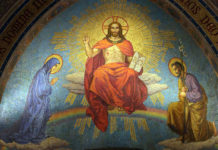 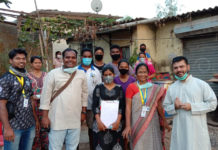