Make or found global bioethics?
Metabioethics: the reasons for being a man; life and ethics.

G. Harrison – using the metaphor of McLuhan’s “global village” – speaks of the contextualization of “doing bioethics” within the pluralistic society, where conflicts could arise as to how the progress in the biomedical field could or should be applied (G. HARRISON, È la bioetica universale, tanto al Nord che al Sud del mondo? 1994). Conflicts may arise from differences between religious, philosophical or ethical doctrines, between cultural beliefs and basic assumptions concerning human life, or between the various methods used to resolve conflicts of value.

Conflicts of this kind can be solved, or at least one can try to solve them with a global and unified vision of man, ethics, life and even medicine; a vision that connects principles in a harmonious and integrated way (with the principle of formal and pragmatic non-contradiction), avoiding conflict between the principles themselves, or only avoiding them. We avoid the conflicts of value in “doing bioethics” when we try to base it on a false homogenization of opposite questions, shifting the axiological and epistemological frontiers between nature and man, between science and ethics, between biology and anthropology. The “doing bioethics” is often placed in the abstract plane of the term humanitas. The authors who make global bioethics speak in the name of all humanity and want to save all humanity in the name of the survival of the human species, but at the same time, they deny the fundamental and universal right to life and survival of some peoples or many people. In their programs or appeals to all humanity, they have lost the true protagonist of bioethical reflection and practice: the person. Therefore, it is not a question of man as a pure species or genetic and biological entity in the super-organism called “ecosystem”, “globe” or “cosmos”, but it is necessary to respect humanity in each man as a subject of rights.

The basic problem with human rights today is not so much that of justifying them, but that of protecting them. Respect for the rights of others is, however, a duty – we can say – prima facie that ensures respect for one’s rights and those of others. “The theory of human rights is based precisely on the consideration that man, unlike animals and things, cannot be subject to the dominion of anyone”. (Evangelium vitae, no. 19). Establishing “principles” outside the anthropos, ethos and bios epistemological-axiological triangle does not mean building a theory, an ethics or a metabioethics, but only a set of rules of balance or equity between the patient and the doctor, between the individual and the community, between society and legislation, or – as we have seen in the solution proposed by Potter, Chiarelli, Fox or Boff – between man and the ecosystem. The so-called “globalism”, “principledism” or “contractualism” as “concepts of mediation”, “regulatory lines” or “prudential rules” in the field of bioethics are presented as systems of regulation-mediation, which allow only a fluidity of information and functions through a compromising way, as complex as possible and without conflict of interest (a biopolitics, a sociobiology). The practical-conceptual references of all the above mentioned bioethical paradigms have avoided the fundamental stage of the “pure” foundation of bioethics in the strict sense, understood as an ethical reflection on bios. In the second instance, the same principles selected and systematized on a theoretical level, unfortunately, guide the behaviour and the ultimate practical judgment of action.

After rejecting “doing bioethics” as an inadequate te way of seeing and conceiving the founding realities of bioethics such as anthropos, ethos and bios, we must realize that in reality, we cannot “do” man, ethics and life, because they already exist, they are there. Their being and their way of preceding any form of “making” them both on a theoretical (metabioethics and general bioethics) and practical (applied and global bioethics) level.

Moreover, the content of their being, as “man”, “life” and “ethics”, is not a methodological framework to be filled or arbitrarily established, but the whole has its due importance, and, consequently, must be respected from the cognitive point of view sub specie totius. Behind the criticism of the so-called “doing bioethics” – the visible sign of the contemporary domain of technoscience with its ratio technica – there is the obvious need to base the principles themselves on something more fundamental (ratio ethic).

The first epistemological problem to be faced in the foundation of a global bioethics will be, therefore, to seek and find reasons to be man, life and ethics. First of all, it is necessary to acquire and possess the total and integral knowledge of all three founding realities of bioethics (anthropos, ethos and bios). Holistic or global knowledge, therefore, requires global anthropology, a philosophy of life and global moral philosophy.

Such a search for the epistemological statutes of bios as human life and ethos as normative ethics of human action (praxis) for a foundation of bioethics, already supposes to have an epistemological statute of anthropos, since both previous statutes are formed and implicitly refer to an anthropological vision of man. This metabioethical approach is considered relevant for a bioethics aimed at its foundation as anthropo-ontological and anthropo-axological knowledge where the human being is the supreme good as a man. From the nature of man, therefore, spring both the specific way of being a man as human and personal life and the need to be man-person (the primum datum). It is, therefore, the being that brings goodness and founds the moral duty towards nature and the way of being man-person.

From this first, constitutive and existential duty to be born the other moral duties towards all human and non-human beings, bearers of life as the fundamental value of their being. To recognize and respect others as reasonable (human) or only living (non-human) beings means to choose life unconditionally to protect it. It is, therefore, a matter of “taking care of all life and the life of all”. (Evangelium vitae, no. 87). Choosing and protecting life in all its forms indicates the existence of the secundum datum: “to be towards”, “to be with” and “to be for”, that is, “a being in relation”, open to the gift of self, capable of loving and, finally, “a co-being” that discovers psycho-spiritual dimensions and a “transcendent” character. The relationality of being human is fully expressed in interpersonal and fruitful love, in the generation of the new human and personal life. In fact, “in the biology of the generation is inscribed the genealogy of the person” (Evangelium vitae, n. 43).

The philosophical, anthropological and ethical foundation of bioethics also entails the possibility of hierarchically justifying certain principles within the horizon of ontologically founded personalism and respect for the fundamental good-value that is man as a person: the principle of the protection and defence of physical life (or sacredness of life or inviolability of life), the principle of freedom and responsibility, the principle of totality or therapeutic principle (personal integrity), the principle of sociality and subsidiarity which aims to achieve the common good through the good of individuals (cf. E. Sgreccia, L. Palazzani, F. Bellino).

The bioethical paradigm traced in the network of epistemological-methodological principles, even if based on ontologically founded personalism, would remain an abstract construction such as, for example, the image of a still life or a project on the architect’s desk, if it does not find the way to express itself and extend to all levels of human activity in the field of applied or global bioethics. Where to find and how to establish a link between the rigid abstract schematism of principles and the polyhedral nature of moral life? In the light of ontologically founded personalism, there will be no other more original, organic and active link than the person himself. Only the man is capable of recognizing good as good to realize it, developing an active attitude of moral commitment and motivational sharing in action. The recognition and realization of good passes through upright moral conscience (the result of adequate formation and education) and morally good action (the formation of a permanent “good” moral quality – the ethics of virtues).

The integration of the paradigm of ethical principles and that of the moral virtues (cf. Aristotle, Thomas Aquinas, A. MacIntyre, E.D. Pellegrino), which can come from the proposal of personalist bioethics, makes it possible to propose – according to Laura Palazzani – a general, objectively founded moral directive, avoiding the risk of subjective emotionalism, lack of systematicity and specificity in the indication of the content of the human act. Secondly, through virtues, the integration of principles-virtues itself allows to motivate the implementation of an active and constant ethical commitment by focusing on the person-agent and the concrete and rich moral experience, avoiding ethical intellectualism (Socratic-platonic type), the rigid schematism of principles (Beauchamp and Childress’s principleism), the passive attitude of obedience to duty as duty (Kantian deontology) and the balance in the evaluation of consequences (utilitarianism, proportionalist and consequentialist theories) (cf. L. PALAZZANI, Bioethical Paradigms: Principles, Virtues, Experience, Personalism, 1995). 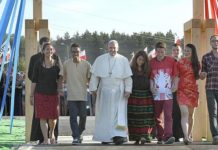 Growing in holiness and in commitment to one’s personal vocation 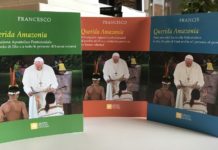 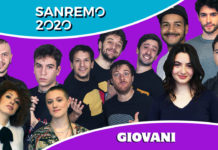 The Sanremo festival: is music a “chair” of values?