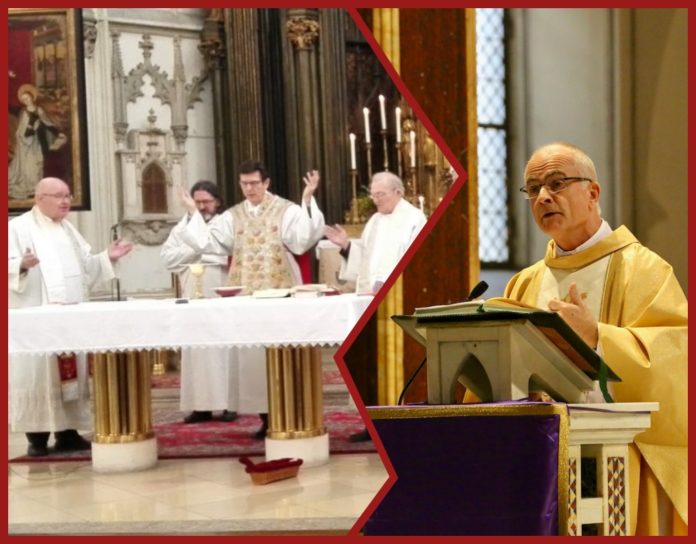 The outbreak of coronavirus in Europe has forced changes to the program of the inauguration of the Jubilee Year to celebrate the 200th anniversary of the death of St. Clement Maria Hofbauer. On March 15, in small gatherings, without the participation of previously invited distinguished guests and friends, Redemptorists thanked Christ the Redeemer for the person of St. Clement. On the day of his liturgical commemoration, they asked God for new religious vocations and missionary zeal for the entire Redemptorist Congregation. An important intention was also to ask for all those affected by the epidemic – especially the sick, friends and parishioners, as well as the medical personnel and people directly involved in helping the needy.

Rome: Fr. General Michael Brehl C.Ss.R. presided over the solemn Mass, that was celebrated Sunday morning in the St. Alphonsus de Liguori Church and the Shrine of Our Lady of Perpetual Help. The liturgy was concelebrated by members of the General Government and confreres from the local international Redemptorist community. Taking the opportunity that the liturgy was streamed live in the Internet, Father General recalled in his homily St. Clement’s well known phrase: Courage, God guides everything! bringing significant hope to all those concerned with the future. 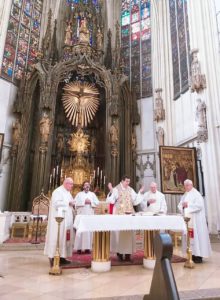 Vienna: Eucharist in the church of Maria am Gestade in honour of the Anniversary of St. Clement. The main celebrant was Fr. Johannes Römelt C.Ss.R., Coordinator for Europe.

In a small setting, holy Mass was celebrated on the feast day of Saint Clement on his Jubilee. Previously, due to the corona virus, all major activities and celebrations in Vienna as well as the pilgrimage to Tasswitz had to be cancelled. Together with the local community of redemptorists and a small congregation of believers, Fr. Johannes Römelt C.Ss.R., Coordinator for Europe, celebrated the Eucharist. Among the congregation were two sisters representing the missionary sisters of the Most Holy Redeemer.

Fr. Römelt conveyed the greetings and congratulations from our Superior General Fr. Michael Brehl C.Ss.R. and assured those present of his solidarity in prayer. In his homily, he pointed to the eventful life of Saint Clement, who, even in times of crisis, placed his trust in the Redeemer and also encouraged his confreres to express this trust. It was a simple Eucharist, which nevertheless expressed in joy the gratitude for the witness of the life of Saint Clement.

Following the Holy Mass, the Superior of the Viennese Community of the Redemptorists, Fr. Hans Hütter C.Ss.R., blessed the St. Clement-Bread, which was distributed to the participants of the Eucharist according to an old tradition. The Holy Mass for the Jubilee of St. Clement was for the time being the last public celebration in the Church of Maria am Gestade (Mary on the Shore); in the coming time, all celebrations due to the Corona crisis will be cancelled.

The Eucharist in the church of Maria am Gestade in Vienna in honour of the Anniversary of St. Clement on Sunday, March 15, 2020. The main celebrant was Fr. Johannes Römelt C.Ss.R., Coordinator for Europe. 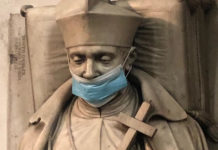 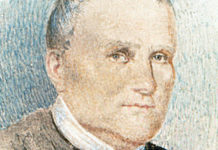 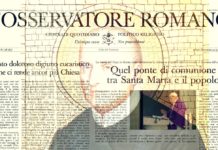