(Nigeria) The Coronavirus pandemic (COVID-19), grew from being a strange virus and strange news from strange lands to being the enemy living on our streets. We heard the havoc the disease was causing to our brothers and sisters in faraway lands. We pray for them while wondering when it might be our turn. The fear that gripped us was real as a poor continent and nation not equipped with the means to tackle such a pandemic, that has left wealthy countries looking helpless as thousands of their citizens die. What follows reflect the changes made to cope with COVID19 and describe how we are living currently.

Travel Banns – At first, the church and the government did not know what to do until we were hit with our first COVID19 case on the 28th of February, 2020. About a month later, the experience of the lockdown began. Lagos, Abuja, and Ogun states were suddenly locked down. As of now, ALL LOCAL AND INTERNATIONAL FLIGHTS HAVE BEEN BANNED. Now the movement within the country is highly restricted. In some states, the military enforces it with methods resembling a state of martial law. We do not yet know how long this situation will last. This leaves us unsure about how to proceed with preparations for our Vice-Provincial Assembly/Chapter and other important Vice-Province celebrations. 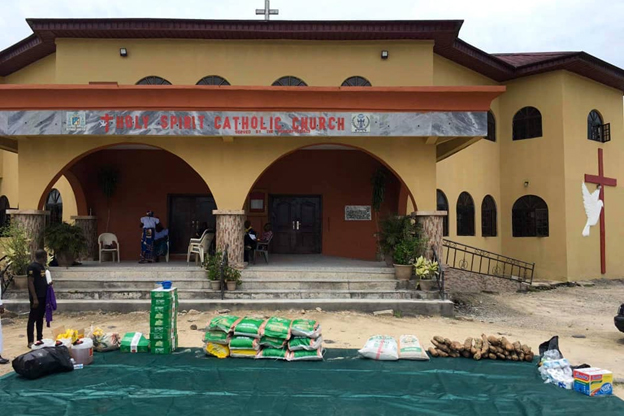 Economic Impact – The economic aspect of this is rapidly closing in on us also.  About thirty missions were canceled in March. Every community has to make adjustments. The Vice-Province has issued letters informing confreres about the difficulties ahead and calling for a spirit of sacrifice at this time. Confreres were invited to imbibe a spirit of collective responsibility towards one another. Some communities are assisting smaller communities with resources to help them pull through this time.

Closure of Churches – With great sadness, bishops asked parishes in their diocese to halt masses and all communal celebrations. Strict measures were introduced about the changes made to the Easter celebration this year. This comes with an unprecedented pain for us as Redemptorists, as our very lives revolve around service to our people. This time has however helped us to return to the old saying about Redemptorists being “Carthusians at home and Apostles abroad”. We pray for our people while contemplating the truth of our primary call to intimacy with the Eucharistic Lord. Daily masses continue in the churches and at our houses. Masses and other devotions (adoration, OMPH devotion) are streamed live on Facebook so that the people can participate.

As a unit, when we received the message of the Superior General about safety measures to be taken, we made the following adjustments:

Canonical Visitations – The first change we had to make was to pause the on-going canonical visitations that had started on the 5th of February. We had hoped to end the visits on the 5th of April. When the numbers of recorded cases continued rising, the EVPC had an emergency meeting and decided to pause the canonical visitation until such a time when it would be safe to continue.

Directives to Communities – On the 26th and 28th of March, 2020, respectively, the Vice-Provincial sent directives to all the communities on safety measures to be taken against COVID19. All confreres outside their communities for one assignment or another were asked to return to their communities immediately. Superiors of communities were asked to ensure re-arrangement of sitting positions at prayers and at the table to ensure safe distancing. Tap water buckets with soaps, face-masks, hand-gloves, and alcohol-based hand sanitizers were to be provided by superiors of each community.

Parish Communities – Confreres working in parishes were asked to comply strictly with the directives given by their local bishops concerning communal worship. The parishes that run schools, were also closed them immediately. The clinic run by our Satellite town community was not completely shut down. However, the operation of the whole system was re-organized to adhere to safety rules. The clinic was left open to attend to the sick in the neighborhood while strictly adhering to regulations laid down for health workers at this time.

Formation House – The Vice Provincial directives gave more attention to the student house community (Redeemer House) more than to any of the other communities. Following those directives, the following changes were effected at the student house:

✴      Sensitization – There was a general sensitization of the whole student house community on the virus and hygienic behavior required of all. Before the workers were eventually asked to observe the stay-home discipline, they too were sensitized about the virus.

✴      Re-arrangement of Masses/Prayer Schedules – A roster was drawn up dividing the student house community into two groups. Each group has roughly 15 confreres in it (including ordained confreres). The first group gathers in the chapel for a 6 am mass while the second group would have a 7 am mass. In the evenings, while one group prays vespers at Redeemer house chapel, the other group goes up to the Liguori house community chapel (The Redemptorist Centre for Spirituality. Only 5 minutes walk). At both masses, prayers are offered daily to end the spread of the virus, healing of the infected, comfort for grieving families, and also a strength for Catholics all over the world who cannot attend mass at this time.

✴      New Program for Students – Since the major seminary stopped lectures, the formators at Redeemer house drew up new schedules to productively engage the students. The besides cooking and general cleaning, the students are given an hour and a half lectures on Redemptorist Spirituality with topics ranging from the restructuring process to the study of Directory of Superiors, Directory of Chapters, etc. In order to ensure safe distancing, they are divided into three groups for these lectures. These activities are anchored by the two formators with the help of the vocation director who is a resident in the formation house.

Use of Social Media – The confreres took to social media to keep in touch with our people whom we serve. A good number of the brothers working in the parishes continue to stream live masses on Facebook for parishioners and all who care to join in. Those who previously did not have Facebook pages for their parishioners quickly opened one as a matter of necessity for the present times. Some communities led other traditional Catholic devotions like the rosary, the Divine Mercy prayers, etc.

From the Communications Office, simple videos were made on devotional practices intended to keep Catholics connected to the sacraments. The videos taught Catholics how to make a “Perfect act of Contrition” and also how to make a “Spiritual Communion” using the prayer composed by St. Alphonsus Maria de Liguori. These were posted via the Vice Provincial Facebook page. Each of the videos has so far had about 30-50 shares and about 4.6k views with almost 1000 engagements. The twitter handle of the Vice-Province constantly tweets messages of hope and retweets similar messages from @COREAM_ie tweeter handle as well as those of other Redemptorist units.

Charities – The lockdown may have been expedient to curb the spread of the virus but the practicalities of it were and are still poorly executed. Most Nigerians get their daily bread from their daily labor on the streets to make ends meet. Not going out which meant a shortage of essential supplies. They were told to lock-up but never provided any means of doing that. The government gave out some parcels of food supplies intended to help poorer communities but what would a few cups of beans and rice tightly packed in two small bags do for an entire neighborhood? Some of the families we serve in our parishes face this same situation. Our confreres serving at St. Stephen’s parish in Agboju, Lagos and Holy Spirit Parish, Ughelli, Delta State responded to this by assisting parishioners with food items in genuine solidarity with the poor. They made appeals to parishioners and NGOs to help poorer families cope with the situation. On Holy Saturday the confreres in both communities shared the proverbial ‘five loaves and two fish’ to the poor. Other Redemptorist parishes are doing similar acts of charities in their communities.

These are the most significant changes that effected in our personal and community living in our Vice-Province. We join the Holy Father and all people of goodwill in prayers and action to this pandemic and general healing of our world. 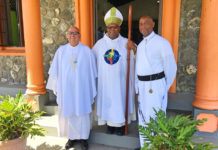 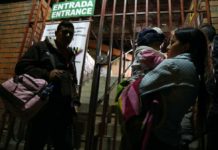 Redemptorists’ outreach to migrants (I) 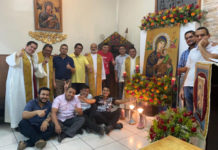 Pastoral care in times of pandemic