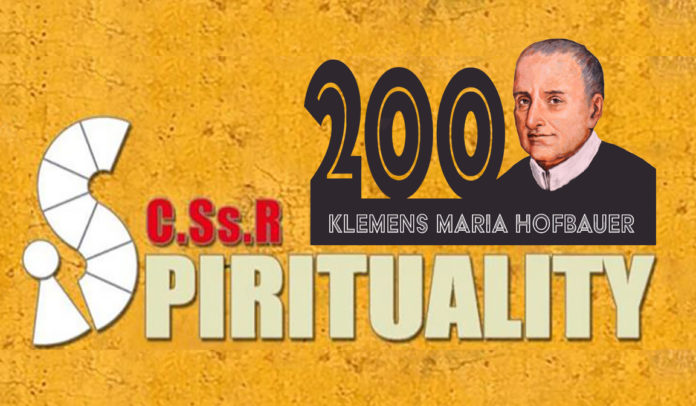 Introduction: What is mission?

In order to understand what the expression “partnership in mission” or “shared mission” means, we first must answer another question: What is mission? Different answers have been given to this question over time.

For example, it has been described that mission is establishing the Church in places where she was not yet present. The great redemptorist Willem Cardinal van Rossum (1854-1932) was a great advocate of this idea. By this, he did not mean that the Church should establish branches from Rome. Instead, he indicated that local communities would be founded, under their own responsibility, and of course, under the supervision of the hierarchy.

Others have said, Mission is to plant the seed of the Gospel in the hearts of men, unbelievers, and believers. First of all, this idea is not about the Church. It is about the spark immediately spilling over between the missionary and the person close to him. I think it was in this spirit that St. Alphonsus missioned, in his popular missions, in his publications.

A newer thought goes even further. Mission is first and foremost about the Kingdom of God. After all, Jesus Christ is the first missionary. And if we mission in imitation of Him, we bring the Good News of the Kingdom of Liberty and Grace (Luke 4:18-19). In other words: we take part in the “missio Dei,” in God’s movement to and in the world. The ultimate goal of this “missio Dei” is the loving encounter between God and the world, between God and us. This is also a fundamental idea in the spirituality of St. Alphonsus.

Missionaries in search of partners: the example of Saint Clement M. Hofbauer

If this is the core of the mission, a lot of questions will be presented in a different light. Specific concerns will also be put into perspective. Our first concern is no longer that we organize the right form of Church or that we use the right formulations in the proclamation. Our first and only concern then is that the encounter between God and people will be realized. Everything else falls into second place: the institutional structure of the Church, the exact wording of the message. In that light, we may even be prepared to let go of old structures and thoughts – and to look for new structures and thoughts.

Then, we can also think differently about the question of who are the missionaries and what is their action. The missionaries are no longer just those who have a specific function and a defined mission. Missionaries are not only those who have “withdrawn from the world.”  Everyone can be called to mission, both people who live according to the evangelical councils, as well as people who live “in the world.” Both find each other and support each other if everything is rightfully ordered. They share a common mission. And they go out into the world, literally or figuratively, two by two (Luc. 10,1), as partners in mission.

I suspect that St. Clement M. Hofbauer experienced being a missionary in this way. He saw that in his time, the mission was in urgent need of a focus on the core of the Gospels.  Old designs and formulations were sometimes even annoying. He was therefore open to new forms of proclamation (hence his famous statement that “we must proclaim the gospel ever anew”). He was open to new ways of cooperation.

From the beginning, Saint Clement did not see himself as a lonely caller in the desert. He saw himself as God’s partner in mission and was on the lookout for other partners in mission. After a long, lonely search as a hermit and pilgrim, he first found his supporters in the Congregation of the Redemptorists.

Once a Redemptorist himself, he also saw allies and cooperation partners outside the Congregation. It was during his stay in Warsaw (1787-1808) that he “discovered” the value of cooperation with laypeople. He soon established a structure for such collaboration: the community of Oblates, an association of dedicated and highly qualified lay people, fulfilling a missionary mission. Saint Clement placed high demands on the Oblates in terms of spirituality, social commitment, and readiness for missionary work. One did not merely become a member of the association but had to prove one’s suitability. St. Clement M. Hofbauer never went halfway, he simply placed high expectations on well trained lay people, as “elite” missionaries.

In his time in Vienna (1808-1820) the city apostle did not chase people into the Church but instead saw them as interlocutors.  For example, he organized a reading club in which people exchanged ideas about faith based on books he had read. He established a library and a magazine. In short, he did not shy away from the use of the media. He respected and accepted that people no longer listened breathlessly and silently to the priest, but that they formed and developed themselves and became equal interlocutors.

This was especially expressed in the so-called Hofbauer Circle in Vienna, to which prominent scholars and artists of the city belonged. Saint Clement encouraged these intellectuals to commit themselves to the Gospel in the world, in their own way and on their own. The relationship between Saint Clement and this Viennese lay elite was two-way. On the one hand, thanks to his contact with the laity, he was able to keep in touch with the spirit of the times. He learned from them. On the other hand, they were his multipliers. They had their connections and were authoritative in their own environment. In this way, they could become missionary partners for the Apostle of Vienna.

Conclusion: Saint Clement as the man who was ready to overcome limitations

As a son of St. Alphonsus, St. Clement knew that no one is a missionary on their own. We are first and foremost God’s partners, who had left His Heaven in search of us humans. We are God’s allies on that quest. But if God needs people and invites them to a shared mission, then we need each other even more. Sometimes it took St. Clement significant effort to put this into practice. He had a strong-willed personality – and sometimes he clashed with other strong personalities. He is even more admired for his willingness, time and again, to engage on the adventure of partnership in mission and to overcome limitations and open up new perspectives for shared mission.

– Can I see myself as a “partner in mission” of God?

– With whom do I want to share my missionary mission? Who are my partners? Where are they? How do I find them? And how do they find me?

– When did I experience that I had succeeded or failed in “shared mission”? What can I learn from success and failure?

Living God,
in Your Son, You came to us humans
with the offer of your love
and your yearning for our reciprocal love.
You have called us
to be your companions in this journey of search.
Open our eyes to other journey companions
and open our hearts to them.
Prepare us for sharing and cooperation.
For this, give us, through the intercession of Saint Clement,
your Spirit.
We ask this through Jesus, Your Son,
our Companion on the journey.
Amen. 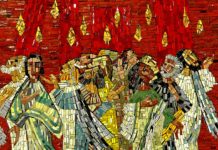 From Babel to Pentecost: Some meditations on the consecrated life 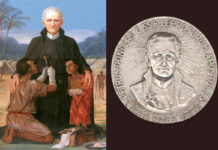 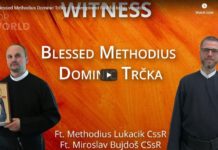 Redemptorist faithful to his vocation