Pope Francis starts from the harsh reality that weighs on a world whose greatest shadows are the closeness, fragmentation, individualism and dehumanizing wounds that our lifestyles and systems produce. From this context, he is encouraged to repropose the dream and the fundamental human and Christian path: that of an “open and universal fraternity/sorority”, which is capable of encouraging and sustaining a “social friendship”, through which processes of paradigmatic transformation can be encouraged and sustained, with the sole purpose of achieving a more dignified and free life, in peace, in harmony among human beings, peoples and the ecosystem.

With these perspectives, it proposes the recovery and launch of the practice of “the best politics”, animated by “political love” and the exercise of local and international power that looks more to the people than to mere benefits and opportunism. It proposes the generation of a new “culture of encounter”, where “dialogue and social friendship” become the motivation and the fundamental support to be able to achieve “true consensus” in the search for truth and the best strategies to go beyond the current situation in which the world finds itself.

This is how we arrive at the moment in which the Pope deals with some points that should be assumed to give greater viability to his social project. This is what he faces fundamentally in Chapter VII “Paths of Reunion”, with the motivation that “in many places of the world there is a need for paths of peace that lead to the healing of wounds, there is a need for artisans of the peace who are willing to generate processes of healing and reunion with ingenuity and audacity” (FT, n. 225). And among the things that are needed are “forgiveness” and “reconciliation” (Cf. FT, no. 227-252).

Forgiveness and reconciliation, two elements so important for integral human health, so recognized and valued by not a few religions and healthy humanisms, but no less rejected or undervalued, especially on the social and systemic level.

With historical and evangelical realism the Church assumes that conflicts are inevitable, which does not mean that they cannot be avoided in some cases and that they do not necessarily have to be an essential component of personal and systemic relationships. But it is necessary to know how to recognize and face them from a broader perspective than mere conflict for the sake of conflict. To allow oneself to be encouraged by the dynamics of forgiveness and reconciliation, according to the Pope, does not lead to renouncing the defence of one’s own or of what is valued as just, but rather “the key is not to do so to feed a rage that sickens the personal soul and the soul of our people, or because of a sickening need to destroy the other that unleashes a race for revenge” (FT, n. 242).

The Pope values the reality of forgiveness and reconciliation as elements that contribute to “social peace”, to assume in a different way “social conflict” and, above all, to avoid the well-worn path of “revenge” (Cf. FT, no. 243-243; 245; 251).

Nor does it propose either an easy pardon or reconciliation at any price, and it clarifies that both are not imposed but require a process of adhesion and personal conviction. It is a matter of moving towards a higher level of communication and human fulfilment, in which the exercise of certain virtues is requested (Cf. FT, no. 232; 245; 246; 249). Since “true reconciliation does not escape from conflict but is achieved in conflict, overcoming it through dialogue and transparent, sincere and patient negotiation” (FT, n. 244).

This whole process, which leads to the configuration of “social friendship”, needs as two basic principles to be real and effective. On the one hand, that which the pope already formulated in his programmatic text, that is, “unity is superior to the conflict” (GS, n. 228), which does not imply “betting on a syncretism nor the absorption of one into the other, but on the resolution on a superior plane that preserves in itself the valuable virtualities of the polarities in conflict”, in such a way that “tensions and even those that could have been considered opposites in the past, can reach a multiform unity that generates new life” (FC, n. 245). On the other hand, “memory”, above all “a penitential memory, capable of assuming the past to free the future from one’s own dissatisfactions, confusions or projections” (FT, n. 226), because it is the one that “is the guarantor and stimulus for building a more just and fraternal future”, since “one never advances without memory, one does not evolve without an integral and luminous memory” (FT, n. 248-249). This memory, the Pope reminds us, does not only refer to the horrors but also the good things. A “forgiveness without forgetfulness” is imposed, the Pope points out, hence the necessity of the integral exercise of memory, the memory of the victims and the victimizers, a memory so as not to repeat the past, for learning and for transforming reality (Cf. FT, no. 250-254). In short, the Pope invites us to “renounce the pettiness and resentment of sterile internisms, of endless confrontations. Let us stop hiding the pain of our losses and let us take charge of our crimes, laziness and lies. Reparative reconciliation will resurrect us, and make us lose our fear of ourselves and others” (FT, n. 78). 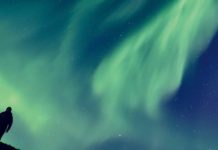 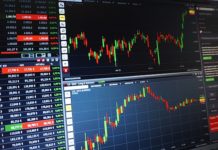 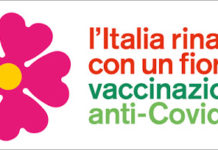