Redemptorist missionaries of the Vice-Province of Manaus gathered for their annual Assembly on November 18-21. Three Brazilian bishops – Archbishop Leonardo Steiner of the Archdiocese of Manaus, Bishop Emeritus Gutemberg Freire Régis of the Diocese of Coari, and Bishop Zenildo Luiz Pereira da Silva of the Prelacy of Borba – joined confreres at the Crostarosa Retreat Centre 20 miles outside of Manaus.

Archbishop Steiner presented a reflection about the Church in Brazil and Pope Francis’ document about Evangelization in Amazonia as the keynote address. Bishop Zenildo offered a profound reflection about Community Life based on the Constitutions and Statutes of the Congregation on the third day, which also included reports about the formation program, finances, and new missionary ventures. The Vice-Province of Manaus has accepted and assumed two new parishes in the coming year: one in the State of Acre in the small city of Feijó; another located closer to Manaus in the city of Uranduba. With these new parish ministries, the Vice-Province will total 12 communities – up from nine at the last count. Slowly, our numbers are growing.

The closing Mass of the Assembly was celebrated in the sanctuary of Our Lady of Aparecida Parish. Various confreres celebrating birthdays and anniversaries of profession and ordination were remembered. Bishop Gutemberg and Fr. Tom (Miguel) McIntosh celebrated their 80th birthdays! The liturgy was presided by Fr. Ronaldo Mendonça de Oliveira and concelebrated by Fr. José Amarildo Luciano da Silva, Vice Provincial Superior, Fr. Agildo Alves de Souza, rector of the Sanctuary of Aparecida, and many other confreres. Fr. Inácio Raposa proclaimed the Gospel and shared an inspiring homily on the feast of Christ the King. As is the custom, the Redemptorists present turned to an image of our Lady of Aparecida and sang the traditional Salve Regina, always very inspiring and a beautiful end to the Mass celebration, which was shared on social media. 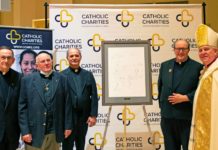 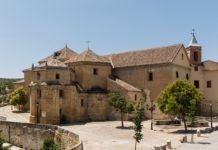 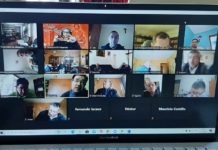 Provincial Assembly of the Redemptorist Missionaries of Chile