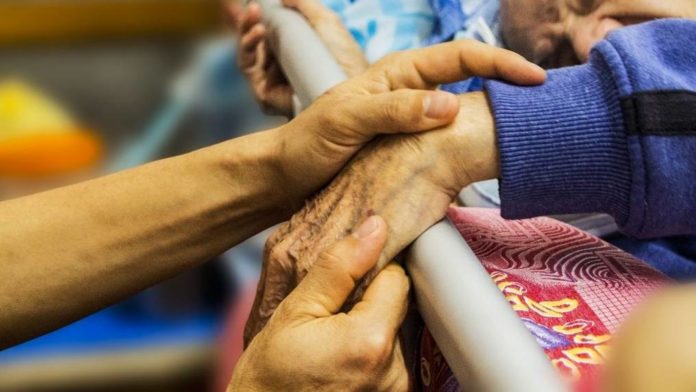 On 18 March 2021, the Spanish Congress of Deputies gave its final approval to the Ley Orgánica de regulación de la eutanasia with 202 votes in favour, 141 against and 2 abstentions. The law will come into force three months after its publication in the Boletín Oficial del Estado (BOE) [see text approved by the Congress of Deputies with amendments introduced by the Senate – summary].

The law, promoted by the Socialist Group, introduces euthanasia into the Spanish legal system. The text distinguishes, in the Preamble, active from passive euthanasia and direct from indirect euthanasia and clarifies that, when speaking of euthanasia conduct, the law refers both to active euthanasia understood as “the action by which a health professional deliberately ends the life of a patient at his or her request, when it occurs within a context of euthanasia due to a serious, chronic and disabling condition or a serious and incurable disease, which causes intolerable suffering”, or to the situation “in which the patient himself is the person terminating his life, so that he requires the cooperation of a health professional who, intentionally and knowingly, provides the necessary means, including advice on the substance and necessary doses of drugs, their prescription or even their supply so that the patient can administer them to himself”. This second case is usually called assisted suicide, but correctly and without hypocrisy, Spanish law also includes assisted suicide within the scope of euthanasia: it is the death sought to escape suffering. In the euthanasia carried out personally by the doctor, the human drama of suicide is compounded by the strident contradiction between the doctor’s social role as a person at the service of life and his becoming an agent of death. We are faced with another affirmation of the culture of death, which is smuggled in as the triumph of the person’s autonomy.

Spanish law precisely circumscribes the circumstances in which euthanasia is possible, insisting on the patient’s repeated request, the presence of unbearable and untreatable suffering, and verification by a special commission. All these guarantees, however, will not be able to control the euthanasia tsunami because once the principle has been established that a subject in a situation of serious suffering or incurable pathologies has the right to request and obtain death, it will be an obvious consequence to consider the suppression of subjects in similar conditions as reasonable, even if they are incapable of expressing their will, as might be the case with a newborn child or a brain-damaged person. This slippery slope has already occurred in the Netherlands with the Groningen Protocol, which extends active euthanasia from people who request it to infants and children with a low quality of life who are obviously not in a position to request it. The eugenic character of this non-voluntary active euthanasia is evident and is reminiscent of the infamous Aktion T4 programme in Nazi Germany.

The principle that makes medical intervention subject to the person’s consent is unquestionable, and it is right that the law should allow a patient to have disproportionate, unnecessary and even harmful and painful treatment suspended or not activated. Not all therapeutic desistance, in short, is euthanasia. Still, the sacrosanct right to die in peace, without cruel treatment and useless heroic interventions, but accompanied by love and relief of pain through palliative care, is quite different from the right to die, even if it responds to a pathology that causes prolonged and unbearable suffering. In concrete cases, it can become difficult to distinguish between euthanasia omission and legitimate therapeutic desistance. This ambiguity allows passive euthanasia to slip through the net of laws that deny containing euthanasia aspects.

The step from passive euthanasia – concealed under the right not to receive unwanted treatment – to active euthanasia is short because, in the final analysis, active or passive euthanasia are different ways of exercising the terrible and contradictory right to death by claiming the freedom to self-destruct. We can understand how a prolonged, incurable, painful pathology can crucify a sick person and lead him to desire death. We can understand those who, moved to pity by such anguish and suffering, become accomplices and executors of a euthanasia act, but understanding a human drama cannot lead to establishing a right and judging a choice of death as acceptable or even good.

Spain joins the still small but growing number of countries where active euthanasia is permitted, albeit in different ways. In Europe, it is legal in the Netherlands, Belgium and Luxembourg. In Switzerland, assisted suicide is de facto permitted due to a legal vacuum. Portugal has passed a law on euthanasia, but the Constitutional Court has blocked it. Active euthanasia is legal in Canada and New Zealand and, as assisted suicide, in Australia and Oregon. A resolution of Colombia’s Constitutional Tribunal has declared euthanasia legal, but parliament has not yet passed an implementing law. Similar situation to the Colombian one in Italy. Following the trial against Marco Cappato, accused of having helped Fabiano Antoniani, DJ Fabo in art, to commit suicide, the Constitutional Court, in a ruling issued on 25 September 2019, declared that it is illegitimate to prosecute those who “facilitate the intention of suicide, autonomously and freely formed, of a person kept alive by life-support treatments and affected by an irreversible pathology, a person suffering from an irreversible pathology, source of physical or psychological suffering which he considers intolerable, but fully capable of making free and conscious decisions, provided that those conditions and the manner of their execution have been verified by a public structure of the national health service, following the opinion of the competent territorial ethics committee” [link].

After the Court’s ruling, it is not yet translated into state law, but the various parliamentary parties are already working on this.

The deceptive sirens of the culture of death – politicians, pundits, jurists and philosophers – speak of civilisation, progress, protection of dignity. Still, they would be more convincing in their battle in favour of the person if we saw in them as much passion and commitment to the development of palliative care as taking care of the whole person, of terminal accompaniment, of the fight not only against pain but against non-sense and despair. Rightly, commenting on the Spanish law, Mgr Paglia, president of the Academy for Life, said: “The spread of a real euthanasia culture, in Europe and the world, must be answered with a different cultural approach. The suffering and despair of the sick should not be ignored. But the solution is not to anticipate the end of life. The solution is to take care of physical and psychic suffering. The Pontifical Academy for Life supports the need to spread palliative care, not the antechamber to euthanasia, but a true palliative culture of taking charge of the whole person in a holistic approach. When we can no longer heal, we can always cure people”. [link].

The original text is in Italian. 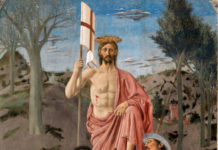 A Paschal Note for a Paschal Moral Theology 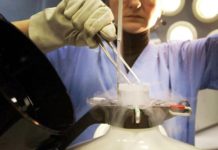 After the divorce, disputed embryos 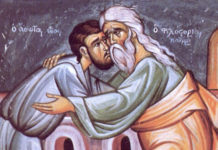