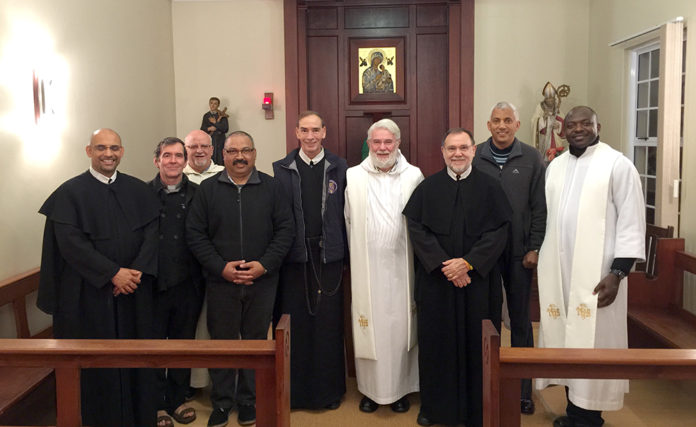 The first session of the new Provincial Chapter of the South African Province took place in mid June.  The Chapter welcomed the presence of Fr Charles Uloku representing the Nigerian confreres who live and work in the Province.

Relations between the Province of South Africa and the Vice-Province of Nigeria were central to the discussions during the Chapter.  Other issues included the possibility of a new foundation in the Eastern Cape, formation and the Common Life.

Particular interest centered on the up-coming Year of Mercy and the proposal to co-operate with other Apostolic Congregations in a country-wide series of “Mercy Missions” in 2016.

The Chapter was held in the week before we began the Jubilee Year of our icon of love, Our Mother of Perpetual Help and to her intercession we credit the good work of this session of the Chapter.