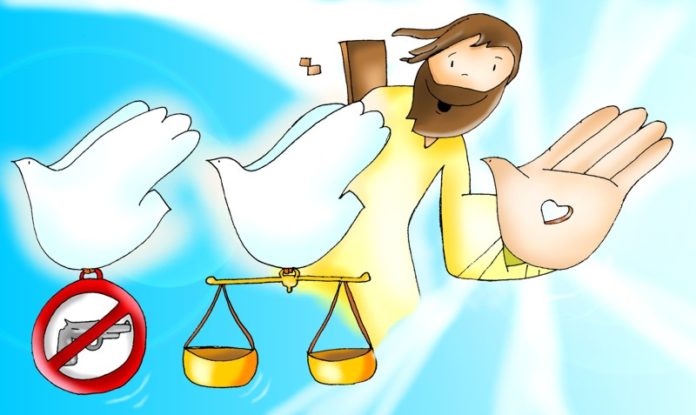 I am sending you the letter and the interpretation of a journalist from Niger.  It is a good interpretation and I hope that all Christians will have access to it and that they will be able to reread and understand these events in this manner, in order that peace and trust be born again, in all hearts and in all relationships, in a faith that is total and more deep.

Superior of the Vice Province of West Africa

A source of inspiration for peaceful co-existence

The tragic and destructive events of Friday 16 and Saturday 17 of January 2015 at Zinder and at Niamey have not troubled the Olympian peace of the Christians.  In fact, above and beyond the loss of human life, these events have been unanimously condemned by all sincere and peace-loving people in Niger, especially the Muslims.  The anti-Charlie campaign took place in the name of religious confusion.  There followed savage and barbarous destruction of places of worship and of  goods belonging to Christians.  Despite all this,  Christians call their fellow-believers to calm and serenity.  They are calling for tolerance and asking to avoid developing hatred over against Muslims.  This attitude, which Christians have shown  in the face of gratuitous and irreparable losses that the protests inflicted on them, should be a lesson for Africa and for everywhere in the world.  Better still, on this Mon 26 January, the Bishops of the Catholic Church came out to calm further the spirit of Christians and Muslims and to call them to peaceful co-existence.  What an extraordinary act of peace!  What strength of spirit and what a non-violent attitude!  They are attacked, killed, their property is destroyed without reason…normally one should be asking their forgiveness, but strangely it is they who ask forgiveness of the other communities  and call all to peaceful existence.  Their infrastructures, which took time to construct, have been destroyed but they do not get angry, they do not take it out on the people of Niger.  They call, on the contrary, to friendship, to fraternity and to unity in order to have the strength to combat the common enemy which is terrorism and religious fanaticism.  This stance could have been adopted by all citizens so as to calm the Christian community.  But it is the Christian community itself which takes this stance in order to reassure the people of Niger, to say to them directly that whatever has happened has happened and that the people are not responsible.  These are simply unforeseen events with uncontrollable aspects.  They have accused nobody and have placed everything in the hands of God.  What a level of tolerance!