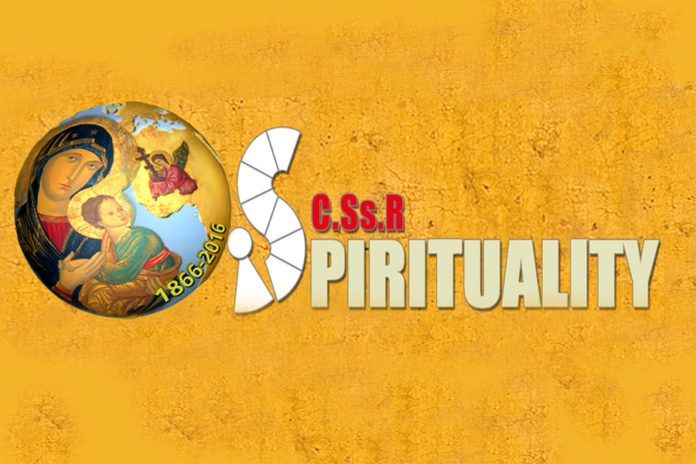 This year the Church has placed consecrated life at the center of her attention. It is a kairos moment, a favorable time for the entire People of God, because it grasps, in its true light, this way of living one’s Baptism. It is a time of grace for all religious and societies of apostolic life, as they rediscover how “to wake up the world” with a prophetic lifestyle.

For us Redemptorists there is one word that defines our consecration: “dedication.” We find it in the title of the third chapter of our Constitutions, the one dedicated to our profession as a response of love. It is within a community dedicated to Christ the Redeemer that our vows make sense. The motive for our dedication is the mission of Christ the Redeemer.

But to be grasped in its true light our dedication is nourished by another word: [seguitare] “to continue/carry on”. It is the first word used by our Constitutions, after defining our canonical status in the Church. Here is our entire vocation: “to follow [continue/carry on] the example of Jesus Christ, the Redeemer, by preaching the word of God to the poor” (Const. 1).

It is a decidedly uncomfortable word. It predisposes us to spiritually sleepless nights, if we make our own Christ’s passion for this world. It leaves no room for that “state of paralysis and acedia” (Evangelii Gaudium

, 81) that makes one lose the joy of the mission, sacrificing it on the altar of individualism, our conflicts or the simple inurement to the pleasures of the world.

It is a word that goes against the flow. It calls for the primacy of the Word, if we want human life to be redeemed from sin and to once again find its true dignity. It evokes dusty and sunny roads, those traveled by Jesus in order to encounter, to dialogue with, to heal and to love. It sets us on paths where we know the beginning, but not always the crossroads where we will have to choose which way to go, the places where everything becomes unclear, the accidents that happen along the way.

To continue/carry on asks us to “keep Jesus in view”, and never remain far from him. It proposes a journey, but first asks us to be attuned to Christ, with his gentle and humble heart (Mt 11:29), with his body that had nowhere to lay its head (Mt 8:20), with his mind that knew what was in every person (Jn 2:24).

To continue/carry on reminds us that Jesus has not only saved us with actions, courageous words, the denunciation of injustices, miracles and resurrections, beginning with his own. He has saved us starting with his passion: when he too had to surrender himself, hand himself over, allow himself to be taken where he never wanted to go (cf. Jn 21:18). It is a way to redeem which often manifests itself in our lives, and which we find difficult to recognize.

Your Word is light for my feet

Now is the moment to read Lk 9:57-62. It is desirable to share a lectio divina of this passage. If this is not possible, leave some time for silence and personal reflection. We indicate just two lines of reflection:

Let us linger this time on an element of the icon that is often an object of wonder and of curiosity for some. What is the significance of the right foot of Jesus losing its sandal? This is one of the most well-established symbols of Byzantine iconography. If the two feet represent the two natures of Christ, human and divine, then the sole of the shoeless right foot tells us of the Christ who has walked our roads.

Moreover, the baby that Mary cradles in her arms is not a newborn. We would call him an adolescent. And it is natural to recall the only time Mary is seen with the adolescent Jesus in the Gospels: the losing and the finding in the Temple of Jerusalem.

The life of Jesus was not always rewarded with a friendly audience like the one in the Temple. There were the lawyers always ready to raise objections, to refute those who spoke to them in a way different from how they had studied. He was challenged by the folks from the place where he grew up because he decided not to repeat the miracles worked elsewhere. Several times Jesus had to experience human fatigue, and our same anxieties.

The bare foot of Christ the wayfarer recalls the dream that Pope Francis has expressed since his first meeting with representatives of the media, on March 16, 2013: “Ah, how I would like a poor Church for the poor.” Jesus refused the securities we find in things, in the accumulation of money, in friendship with the powerful of this world. His is a foot ready “to run the risk of a face-to-face encounter with others” (Evangelii Gaudium, 88), since “relationship with others is healing” (Evangelii Gaudium, 92).

Only by taking “to the road” will we observe a fork in the road: to one side is the way of those who need only themselves, who manage the mission with the “minimum required by the union contract”, doing ‘’that which comes easy”. To the other side is “a Church which is bruised, hurting and dirty because it has been out in the streets” (Evangelii Gaudium, 49), but is still eager to collaborate in the work of redemption.

It is the same fork in the road that, according to the German theologian Johannes Baptist Metz, will decide the future of Christianity: which can continue to be a “bourgeois religion,” as it is today for many, or opt for the path of discipleship. By our profession, we Redemptorists should not have the slightest doubt about which road to take. If it were not so, we too would run the risk of being “the dead burying the dead” (cf. Lk 9:60).

Drinking from our own well

The word “to continue/carry on,” the one that represents so clearly our charism in the Church, has its own history within the centuries-old journey of the Congregation. It has had a leading role in the process that led to the approval of the Rule in 1749. It also occupies an important place in the work of “returning to the origins,” following the Second Vatican Council, which came to fruition in the Constitutions of 1982.

“To continue/carry on” was a verb dear to St. Alphonsus. It inspired his zeal for souls and the creativity that he expressed in so many ways. Falcoia, for his part, preferred the verb “to imitate”. With this word he expressed the common way of thinking about holiness and religious life at the time. His concern was more ascetical than missionary.

Some will say it is simply a question of vocabulary, of different understandings. Maybe so, but words have power to shape souls, orient a journey, direct a plan. For centuries our history has felt the effects of these different understandings, while the Council – inviting us to return “to our own well” – still challenges us to understand what it means “to continue/carry on” today.

The example that we are asked to continue/carry on is unique and singular: that of the missionary Redeemer, sent by the Father to the poor. It is not a matter of imitating a set of virtues that, by their very multiplicity, risk losing that unicum [single thing] which gives them meaning, namely the evangelizing intent of the Christ.

Alphonsus, not liking the vocabulary of imitation, used it sparingly both in his letters and in his other works. He did not think of holiness as a “private affair” between the soul and God. He did not want Redemptorists who, among other virtues, would also seek to be zealous for the salvation of souls, imitating the example of Christ. Rather he was concerned that the mission should be the unifying principle of all their life (Const. 52). Alphonsus wanted that every aspect of our existence should find its motive, basis and meaning in the mission.

The consequences of this verb “to continue/carry on” are numerous and profound: from a dynamism that is not content with more or less successful forms of action (Const. 14) but moves toward freedom,availability and creativity (Const. 15), together with gratitude and admirationfor what our confreres were able to accomplish in the past (Const. 16).

The final prayer of the Post-Synodal Apostolic Exhortation “Ecclesia in Asia,” given here with some small adaptations, may be used:

O Holy Mary, Daughter of the Most High God,

Virgin Mother of the Savior and Mother of us all,

look tenderly upon the Church of your Son.

Be her guide and model

as she continues your Son’s mission

of love and of service.

You fully and freely accepted

the Father’s call to be the Mother of God;

teach us to empty our hearts

of all that is not of God,

that we too may be filled

with the Holy Spirit from on high.

You pondered the mysteries of God’s will

in the silence of your heart;

help us on our journey to discern

the signs of God’s powerful hand.

You went quickly to visit Elizabeth

and help in her days of waiting;

obtain for us the same spirit

of zeal and service in our evangelizing task.

You raised your voice

to sing the praises of the Lord;

lead us in the joyful proclamation of our faith

in Christ our Savior. 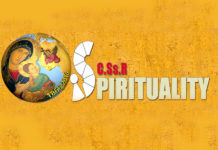 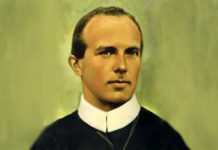