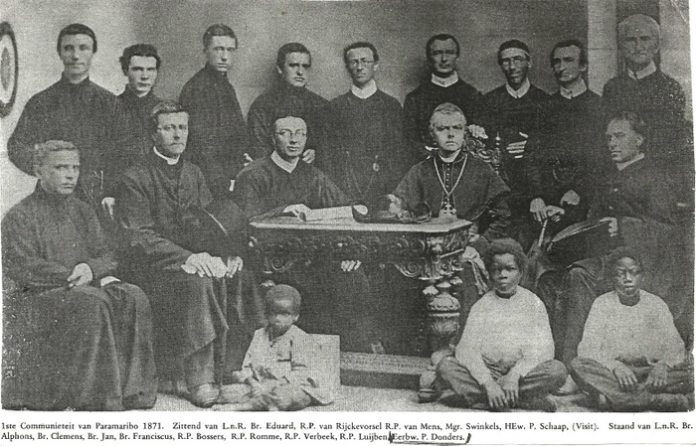 On July 30, 1865 Blessed Pius IX entrusted the Apostolic Vicariate of Suriname to the pastoral care of the Congregation of the Most Holy Redeemer. According to the decision of the then superior general, the Most Rev. Nicholas Mauron, the mission remained the responsibility of the Redemptorist missionaries of the Province of Amsterdam (integrated today into the Province of Sanctus Clemens). The Dutch Redemptorists arrived in Suriname on February 20, 1866.

Blessed Peter Donders is the most prominent figure in the history of the Redemptorists in Suriname, because of his missionary activity in Paramaribo and also in the leprosarium of Batavia. He came to Suriname in 1842, still a diocesan priest, and then entered the Congregation in 1867, already more than 50 years old, and died in 1887. Today his tomb can be found in the cathedral of Paramaribo. Every month the local church conducts a pilgrimage to the leprosarium of Batavia.

In 2000, the superior general, Most Rev. Joseph Tobin entrusted the mission in Suriname to the care of the Union of Redemptorists of Brazil (URB). The Region of Suriname is currently the responsibility of the URB Sub-Conference.