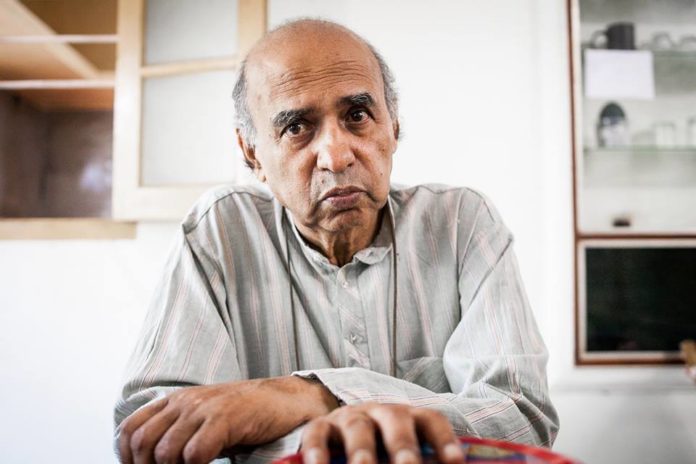 Comment from Fr. Michael Brehl: “A great testimony to an extraordinary man“

To remember Tom alias Thomas Kocherry is to remember a tall personality and a life with integrity that is lost forever, leaving behind the spirit and strength. Tom who worked with and for the fish workers, not only fishermen but also women, across the country and the world, was, no doubt a trade union leader first. He was a man of organisation building. With great diligence and confidence, he would work out his strategies and organization’s capacity. With discipline which he didn’t just follow but loved as a ‘value’, Tom would always carry out a meeting of mass movement without any dilemma or dilly dallying. That was like a good leader who built National and World forum of Fish workers and won many battles.

Tom’s foundation and cultivation of the National Fish worker’s Forum with indomitable commitment, successful battle against foreign fishing vessels, and resistance to all attacks as fisher people’s livelihood is well known, he reached and contributed to World Fish worker’s Forum through the same.

We remember Tom in National Alliance of People’s Movements (NAPM) as one who always laughed at the crises and challenges. He would peacefully analyze the greatest of those and then plan. Always ready with a programme proposal he would participate in the debate with an open mind. His fast in Mumbai as his dialogues with the Ministers across the party, therefore were with confidence that always brought in some results. He had his heart in the struggle by the fish workers and was a master of those issues. But what made him gain a national stature and status was also his ideological clarity and strategic inputs on the wider issues. Whether it was people’s right to land, water, forest, empowerment of women- among masses to leadership collectives- also nuclear power, Tom was committed to support, participate and guide. His role in the struggle against Haripura nuclear plant in West Bengal and Koodankulam was well known. His support was not just to the leadership but also to common activists, common people and all those who would be in the action which he participated in, made him relate to all.

I remember Tom would never behave like a ‘Father’ but a brother, a colleague, and a comrade. His simplicity and his sincerity were his assets which he presented till the end of his life. A disciplined soul that he was, he cultivated NFF…unfortunate demise of Harekrishna Debnath being a great blow to Tom and NFF both…but Tom’s spirit continued to support it till his last breath. He was no doubt a reformer within the community of missionaries and a revolutionary visionary for all those who challenged the system. Not always with very radical words, his songs in open, raised voice reflected both…’Saathiyo, Salaam hai…with Neela, Narmada, Chilika…’ The sound is faded but not memories, that will be an everlasting tribute with a salute.