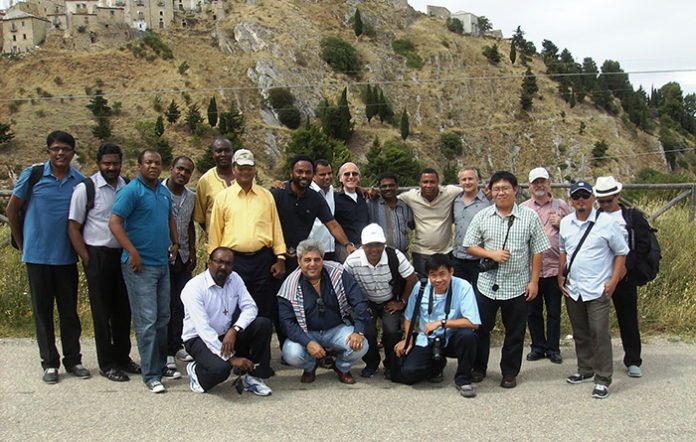 The course of spirituality in the English language took place in Italy this year, from July 6 to 27, 2014. Twenty participants of the course came from these units: the Caribbean, Baltimore, Port au Prince, Canberra, Extra Patriam, Bangalore, Kenya, Nigeria, Cebu, St. Clement, Liguori, and Bangkok. The course was conducted by the Director of the Center for Redemptorist Spirituality, Fr. Serafino Fiore, with the assistance of Fr. Piotr Chila of the Province of Warsaw. Although the  course was mainly for our confreres,  it was also attended by a lay person, coming from Canberra.

After the first three days spent in Rome, the participants went to  Cioraniand Materdomini, the places from where they left for further excursions that were already part of the program. 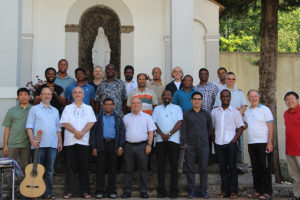 It was very appropriate and enriching for the participants the fact that the possibility to combine what they hear, with a visit to the places that have given rise to our Congregation. Topics dealt with during the course were,  historic foundations, the missionary method of the origins, the moral theology of Alphonsus, the origin and the process in which the Rule evolved, the personalities who have marked our beginnings, spirituality and theology of the Constitutions, the saints and blessed of the congregation, the brothers who were at the beginning of the Congregation, prayer of Alphonsus,  Redemptorist identity, the challenges facing the Redemptorist mission today, and  the broader sense of spirituality and the spiritual life. There were also accompanied visits to the places that have given rise to our history: Scala, Ciorani, Pagani, Materdomini, Deliceto, Naples, Marianella, as well as Muro Lucano, the country where St. Gerard was born. 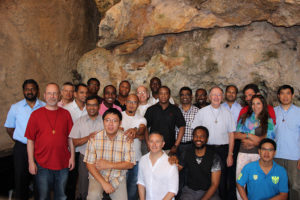 Special thanks to the presence of Paolo P. Saturn, who also made a presentation on the pastoral use of music by St. Alphonsus. Along with him also came a part of the Choir and Orchestra, Alfaterna, that he founded, with the beautiful voice of Mimmo Angrisano.

Among the confreres who were specially invited to talk on various topics were the Vicar General Enrique Lopez, Secretary General Ulysses da Silva, fathers Antonio Marrazzo, Alfonso Amarante, and Biju Madathikunnel. Some texts sent by Father Juan Lasso de la Vega were very useful for reflection, although he was unable to participate.

In the evaluation, the confreres  appreciated this great experience that they had during the course, which allowed an adequate and updated knowledge of our charism, and at the same time an experience of fraternity, animated by daily prayer and sharing of issues.

1 Participants of  the Spirituality Course in English, during their visit to Deliceto

2 With the Superior General at Ciorani