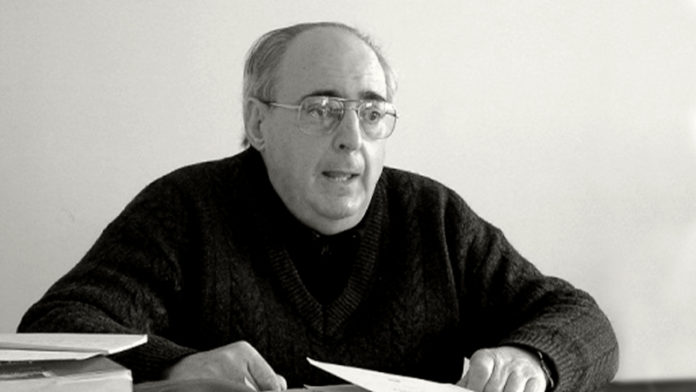 Father Orlandi is one of those types of people who lends himself to the discovery of the principle characteristics of an era and a particular season in Italian Catholic culture. Born on July 8, 1935, he was ordained a priest on October 25, 1959. Specializing in church history and Christian and archival archeology, he held teaching positions in Cortona and at the Pontifical Lateran University.

A cleric and a scholar, he was formed at the time of the Second Vatican Council, an heir – like other religious of his time – to a scholarly tradition born in the shadow of the archives and, after the conciliar turning point, open to new methods of investigation to which the “springtime of the Church” had finally given legitimacy. Signs of this legacy were the scrupulous accuracy, sometimes surgical, of documentary datum, the research of timely news, the archival information capable of going down into the depths, and an overview capable of putting small and large events in an ample framework, in a history read and interpreted beyond the barriers of apologetics, although within those of the faith. In this sense, the very themes of his research tell us what caught his eye, and perhaps suggest why his insights focused primarily on an era of transition – for the Church and for humanity – an era that abandoned the ancien régime of the eighteenth century in order to usher in a troubled modernity like that of the nineteenth century, composed of extraordinary leaps forward – by Napoleon in 1848 – and the failed efforts of the Restoration. And if one wants to find a unifying system in Orlandi’s studies it is in his work on the Este society, in the recesses of its “religiosity,” political and spiritual, which one should look at: freemasonry, quietism, satanism, revolutionary cults and popular faith sometimes at the limits of superstition. Themes anything but obvious and much less easy to interpret for a priest who engaged in these studies during years of strong tensions within the Church regarding the methods of comparison with the modern, in the sense of conciliar aggiornamentoand in the relationship between human history and the history of salvation.

As with any scholar, personal curiosity, research interests and problematic issues that questioned the past in order to decipher the present and seeking hints in what happened in the past about how to address the novelties of a changing society, were welded together in Orlandi.

Significant in this regard are the deeper insights on popular missions, the attention given to the rural dimension and – one cannot forget – the inevitable comparison with the figure and the teaching of Alphonsus Maria de Liguori, the founder of the Congregation to which Orlandi belonged. But the origins of this Redemptorist in Modena, such a lover of the eighteenth century as to make it the focus of many investigations, could not but lead us to another comparison with Lodovico Antonio Muratori, priest, historian and scholar, open to the demands of religious and cultural renewal of his times, in the uncomfortable bond of fidelity to the Church.

Within these intellectual coordinates, with a sincere look at history, the story of Giuseppi Orlandi, who until his death on August 11, 2013 continued to labor over the documentation, which he never abandoned, as well as being immersed in pastoral work, is completed.

A life lived in a spirit of observation and, above all, with the passion of one who knows that history – whether that in the archives or in the world – always has something to tell us and to teach us.