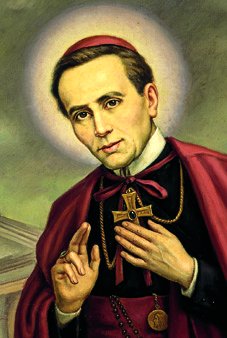 Bishop of Philadelphia, was born in Prachatitz in Bohemia on 28th March 1811, son of Philip Neumann and Agnes Lebis. He attended school in Budweis and entered the seminary there in 1831.

Two years later he passed to the Charles Ferdinand university in Prague, where he studied theology.

He was looking forward to being ordained in 1835 when the bishop decided there would be no more ordinations. It is difficult for us to imagine now, but Bohemia was overstocked with priests. John wrote to bishops all over Europe but the story was the same everywhere no one wanted any more bishops. John was sure he was called to be a priest but all the doors to follow that vocation seemed to close in his face.

But John didn’t give up. He had learned English by working in a factory with English-speaking workers so he wrote to the bishops in America. Finally, the bishop in New York agreed to ordain him. In order to follow God’s call to the priesthood John would have to leave his home forever and travel across the ocean to a new and rugged land.

In New York, John was one of 36 priests for 200,000 Catholics. John’s parish in western New York stretched from Lake Ontario to Pennsylvania. His church had no steeple or floor but that didn’t matter because John spent most of his time traveling from village to village, climbing mountains to visit the sick, staying in garrets and taverns to teach, and celebrating the Mass at kitchen tables.

Because of the work and the isolation of his parish, John longed for community and so joined the Redemptorists, a congregation of priests and brothers dedicated to helping the poor and most abandoned.

The first priest to enter the Congregation in America, he took his vows in Baltimore on 16th January 1842.

From the beginning he was highly regarded by his fellow religious for his evidente holiness, for his zeal and affability.

His knowledge of six modern languages made him particularly acceptable for work in the multi-lingual American society of the nineteenth century.

After working in Baltimore and Pittsburgh, in 1847 he was appointed Visitor or Major Superior of the Redemptorists in the United States.

Father Frederick von Held, superior of the Belgian province, to which the American houses belonged, said of him: “He is a great man who combines piety with a strong and prudent personality”. He needed these qualities during the two years he was in office, as the American foundation were passing through a trying period of adjustment.

When he handed over his charge to Father Bernard Hafkenscheid the Redemptorists of the United States were better prepared to become an autonomous province, which eventuated in 1850.

Father Neumann was named Bishop of Philadelphia and was consecrated in Baltimore on 28th March 1852. His diocese was a very large one and going through a period of considerable development.

He founded the Sisters of the Third Order of St. Francis to teach in the schools.

Among the more than eighty churches built during his episcopate must be mentioned the cathedral of SS. Peter and Paul, which he commenced.

St. John Neumann was of small stature, never robust in health, but in his short lifetime he achieved a great deal. He found time even for a considerable literary activity in addition to his pastoral duties.

As well as numerous articles in Catholic papers and periodicals he published two catechisms and in 1849 a Bible history for schools.

He continued to be active right to the end.

On 5th January 1860 (48 years old) he collapsed in the street in his episcopal city and died before the last Sacraments could be administered. 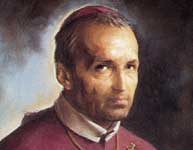 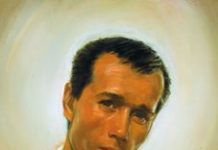 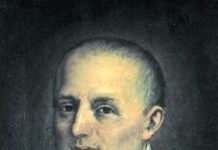