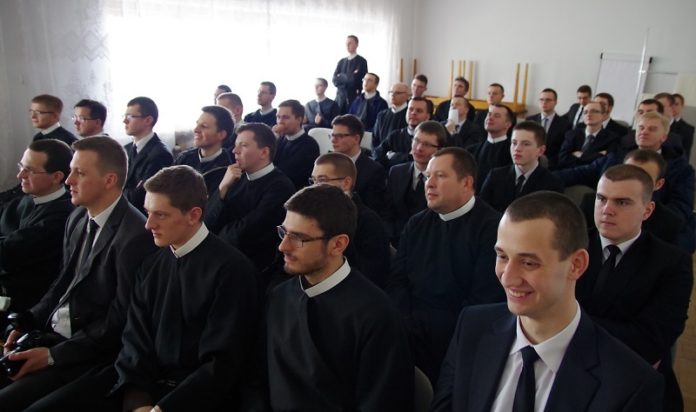 Twice a year there is a meeting of all formation communities in the Province of Warsaw. The first meeting in the academic year takes place on the November 9th – the anniversary day of the founding of the Congregation and the second meeting is on the feast of St. Clement Hofbauer, who is often referred to as “The Second Founder of the Redemptorists”. There are four formation communities in Poland: the Postulancy in Bardo Śląskie, the Novitiate at the Lubaszowa, Seminary in Tuchów and the post Novitiate Formation for Brothers in Elbląg.

This year the Novitiate community of Lubaszowa prepared and conducted the assembly with the theme “Sunday in a Novitiate”. The programme included Morning Prayer, Sunday Mass, Gorzkie Żale (an afternoon Lenten devotion which is very popular in Poland), sport, meals and entertainment.

The highlight of the day was Holy Mass at which Fr. Dariusz Paszyński CSsR, the new Provincial Vicar presided. After Mass two of the novices presented a discussion on the life of St. Clement Hofbauer and his way of “A New Evangelization”. Fr. Dariusz Paszynski, Fr. Kazimierz Piotrowski, the bursar of the province and an expert on St. Clements’s life and apostolate, Mr. Stanisław Gulc, a member of the School of New Evangelization in Nowy Sącz, Mr. Andrzej Stanisławczyk, one of our parishioners from Tuchów and Fr. Mariusz Chyrowski, the Novice Master participated in this discussion. The presentation was interspersed with short videos about St. Clement which had been prepared by Frs. Marian Brudzisz, Paweł Drobot and Maciej Sadowski. The first part of the meeting ended with the Angelus prayer led by the Holy Father, Pope Francis (it is transmitted every Sunday by Polish Public Television) and a some songs presented by our postulants.

After lunch there was the “St. Clement Soccer Championship” in which all the formation communities participated, supported by many parishioners from Lubaszowa, so it was little wonder that the novices won the championship.

During the rest of the day there was a quiz about St. Clement and the history of the Congregation, based on a popular TV game show “Family Feud”. The program was often interrupted by laughs from the audience.

This meeting of the formation communities was a good occasion for all those in formation to mix and to share their experiences of religious life.

At the moment in the Province of Warsaw there are 13 postulants, 10 novices, 21 students and one brother, who made his first profession last year and is in post novitiate training. 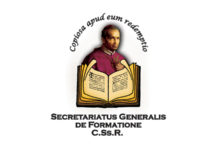 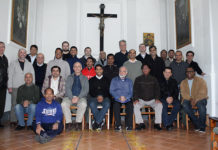 A seminar for Redemptorist Formators in Italy 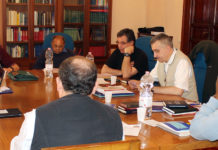 Publications, courses, proposals, reports of the General Secretariat for Formatio