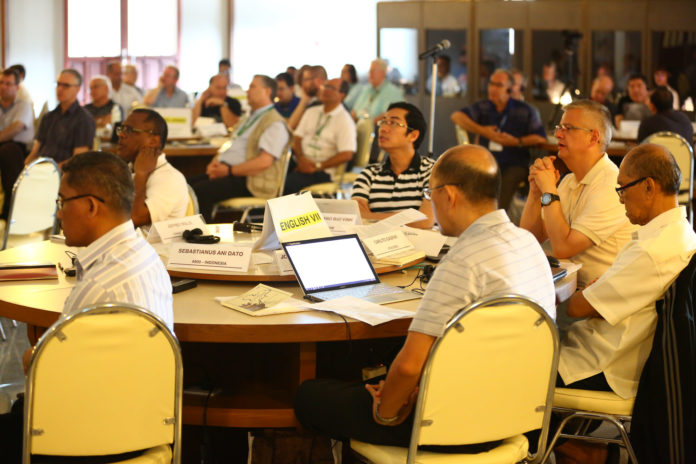 Today was a Work day (with a capital W), a day spent on the proposals and postulata set forth in Working Document C, sections 3.4 (Restructuring of the General Curia and the General Government), 3.5 (The Future of Moral Theologay and the Alphonsian Academy), and 3.6 (The Presence of the Congregation in the Northern Hemisphere). The summaries of small group discussions were presented, open plenaries were held, and eventually votes were taken on most of the proposals and postulata.
The major topic, begun in the morning session and completed in the afternoon session, was the issue of the Alphonsian Academy (AA). The Academy has been a stellar institution for teaching moral theology at the graduate level since the early 1950s. It continues to work with over 250 students today and includes 19 professors. It is costly and there have been numerous questions raised over the past ten years about how it fulfills its mandate. All of this came to the floor in the plenary discussions of the postulata concerning the AA (##32 – 38, plus three alternative versions). 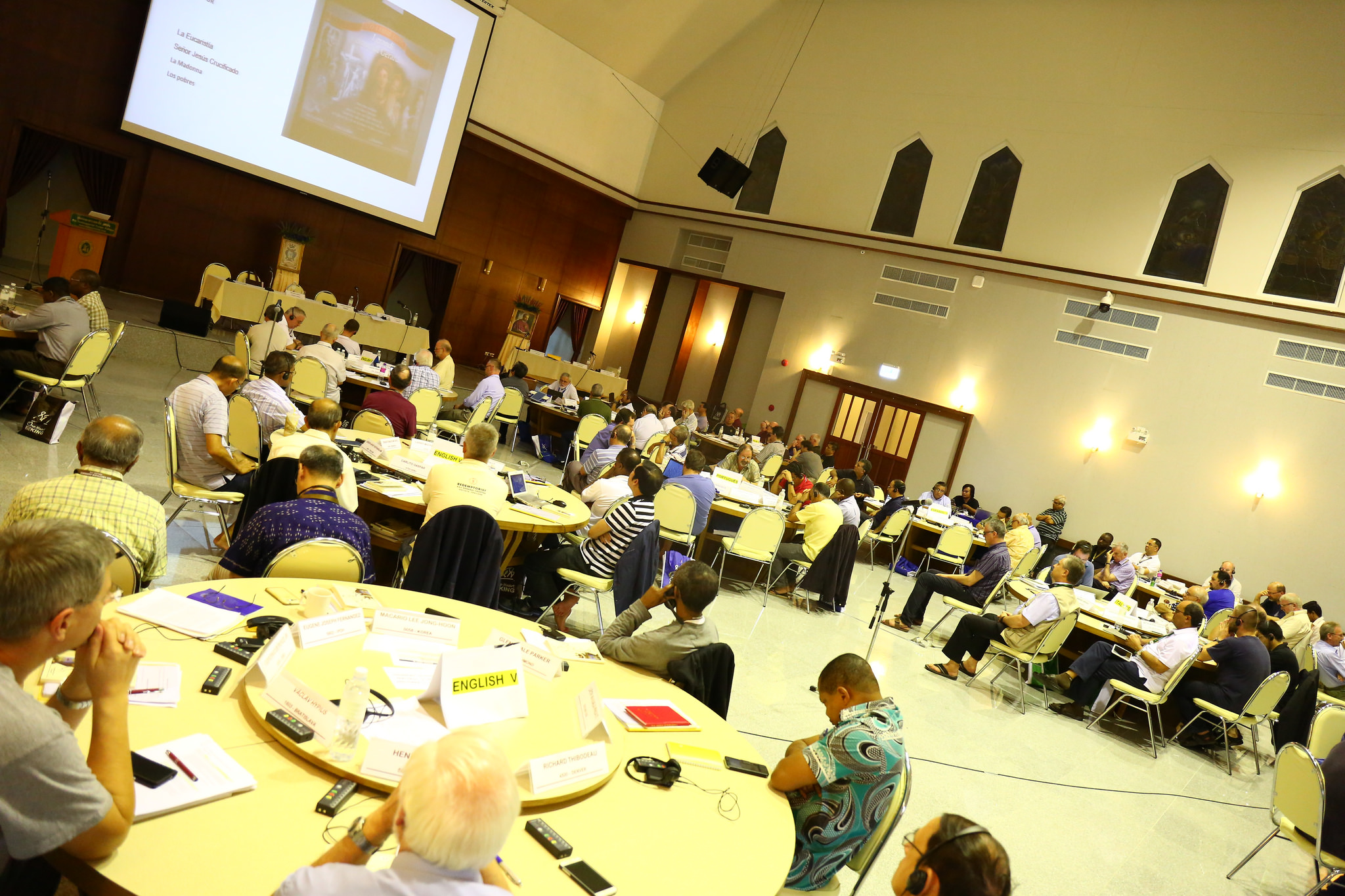 The results of the plenary & small group discussions clearly affirmed that the General Chapter supports the AA, wants to keep it going, and is proud of its accomplishments. On the other hand, there was also a clear demand for an evaluation of governance structures and academic flexibility in order to meet the demands of the 21st century. Hence, a ‘blank cheque’ for the AA (Postulatum #36) did not pass while all the others did. Postulatum #32 (alternate) supports moral theology as part of the patrimony of the Congregation. Postulatum #49 (the alternate which encourages the study of moral theology by Redemptorist students at all stages of formation); Postulatum #37 (which mandates an outside evaluation of the AA regarding resources, governance, and possible alternative forms of fulfilling its mandate); and Postulatum 38 (which requires an entirely new form of governance through a Board of Directors) all passed.
I would say that the General Chapter offered a deep affirmation of the Academy and the Redemptorist commitment to moral theology; but it was also a challenge, similar to that faced by every academic institution today, to operate from evaluable goals and criteria in accord with the original mandate. It could herald a new era for the Academy.
The evening concluded with presentations on the Redemptorist mission in Laos by the Thai and Vietnamese confreres (these confreres are amazing!) and one on the Ukraine, pointing out how the Redemptorists and other chaplains have gone to the ‘terrorist uprising’ region in the east of the country to support the Ukrainian soldiers there who are protecting the homeland. For those of you who do not know war, please pray that you never encounter it.