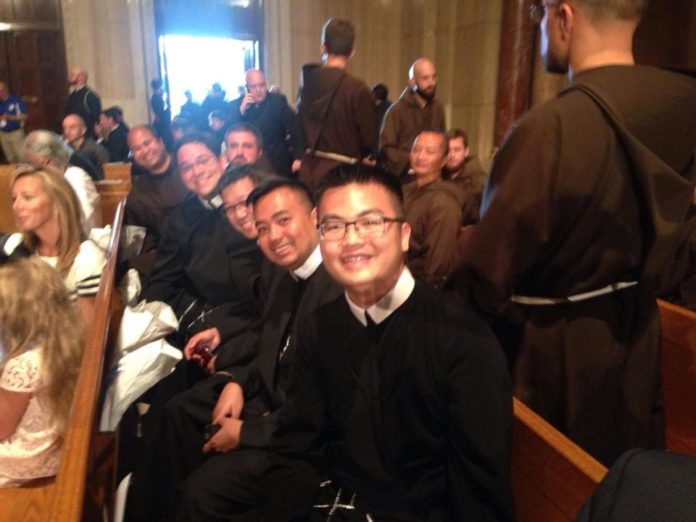 Some of our U.S. Redemptorist students got the opportunity to go to D.C. to see Pope Francis.
Was a great experience!

The catechesis of this Wednesday’s general audience (30 September 2015) in St. Peter’s Square was dedicated to the Holy Father’s recent apostolic trip in Cuba and the United States, which originated with his wish to participate in the Eighth World Meeting of Families in Philadelphia on 28 September.

He then spoke about the three phases of his trip to the United States: Washington D.C., New York and Philadelphia. In Washington D.C. he met not only with the political authorities, but also the clergy, the poor and the marginalised. He remarked that the greatest wealth of the country and her people is her “spiritual and ethical heritage. And so, I wanted to encourage to continuation of social construction faithful to the United States’ fundamental principle, that all men are created by God, equal and endowed with inalienable rights, such as life, liberty an the pursuit of happiness. These values, that may be shared by all, find their fulfilment in the Gospel, as was clearly shown by the canonisation of the Franciscan Fr. Junipero Serra, the great evangeliser of California. St. Junipero shows us the way to joy: going forth and sharing Christ’s love with others. This is the way of Christians, but also of any person who has known love: not to keep it to oneself but to share it with others. The United States of America have grown on this religious and moral base, and on this base they can continue to be a land of freedom, welcome and cooperation for a more just and fraternal world”.