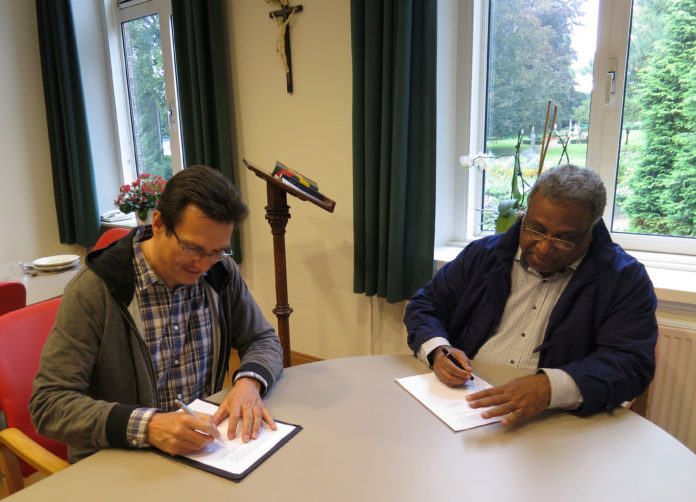 As the St.-Clement’s Province doesn’t have the personnel to staff the mission, the General Government supported a process of transition and the Liguori Province was contacted for cooperation. Hopefully, this will result in a complete transfer of the mission to the Liguori province in a few years.

Already since last year, two Redemptorists from the Liguori Province  – Fr. Binoy Varghese Mandapathil and Fr. Binoy Antony Uppumackal – are working in Lebanon. According to the memorandum, their assignment in the first two years is: “to learn the language and the culture, to make contact with the people in the neighborhood, to minister in selected areas (at the beginning in English, then in Arabic), to draft a pastoral plan of the Mission for the future.”