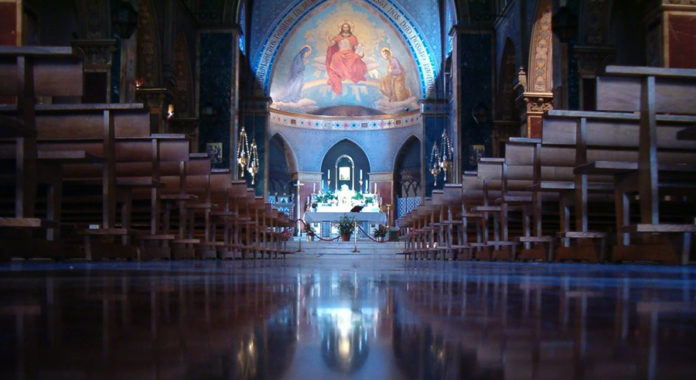 The first English language newspaper in Italy, “The Italian Insider” writes an interesting story about the Redemptorist Shrine, “Sant’Alfonso”. The article tries to bring out the historical factors about the shrine and tries to find out the reasons why it is important to the Titular Bishop of the this church Cardinal Vincent Nichols, Archbishop of Westminster.

Choosing obscure Sant’Alfonso on the Esquiline Hill as titular church for Britain’s highest Catholic, Archbishop of Westminster Cardinal Vincent Nichols, came as a surprise in many quarters.

Sant’Alfonso, or, to give it its full name, Santissimo Redentore e Sant’Alfonso, is a 19thcentury edifice built in an unfashionable neo-gothic style and wedged into a corner facing on to Via Merulana, the tree-lined avenue that links the two basilicas of St. Mary Major and St. John Lateran. It is not one of the churches on normal tourist itinerary lists, although it possesses an icon much revered in Haiti, the Philippines and several Eastern European countries and has a special relationship with the resident Polish community, with a social centre and masses in Polish on Sundays.

As a former student of the English College, Cardinal Nichols is not a stranger to Rome. However, he will find additional reasons for feeling at home when he comes to visit his titular church. Despite its present-day international reach, “Our Most Holy Redeemer and St. Alphonsus” was born British. The building, in fact, was funded by a Scottish nobleman and the architect was also probably Scots (some sources claim he was English or Irish. His actual birthplace appears to be unknown).

Inaugurated in 1859, Sant’Alfonso was one of the last churches to be built while Rome was still a papal state, and it was to have a narrow escape from devastation and destruction when Garibaldi’s troops invaded Rome in 1870. The previous church of St. Matthew that had stood on the spot had not been so lucky. It was one of thirty Rome churches that Napoleon’s army tore down in 1798. The Caetani, one of Rome’s leading aristocratic families, had built a residence on the site, which they called Palazzo Caserta, after their historic feud in Campania. However, they were not destined to enjoy it for long. The family was still paying off debts incurred by one of their forebears two centuries previously and decided to sell the property. And this is where our Scottish nobleman comes in. Edinburgh-born Edward Douglas, a wealthy Catholic convert, was kin to the Marquess of Queensberry, one of Scotland’s foremost families.

Douglas had been brought up Protestant and the story of his conversion, as recorded in the “Tablet” newspaper archives, hinges on a chance incident involving a forgotten umbrella. The seeds had been sown while he was a student at Oxford. He was one of the so-called “Oxford Group” of students who were strongly influenced by the traditionalist theories of the theologist and philosopher John Henry Newman and who were subsequently to convert to Catholicism. Douglas’ own conversion, however, took place a few years later when he came to Rome. According to the story, he forgot his umbrella in a confessional in St. Peter’s where he was attended a papal ceremony and had to knock up the Carmelite brothers in order to retrieve it. The actual conversation has not beenrecorded but it must have been extraordinarily illuminating, because he switched from the Anglican to the Roman faith and was subsequently ordained a priest, electing to join the Redemptorists, a missionary order founded near Amalfi by St.Alphonsus Maria dè Liguori a century earlier.