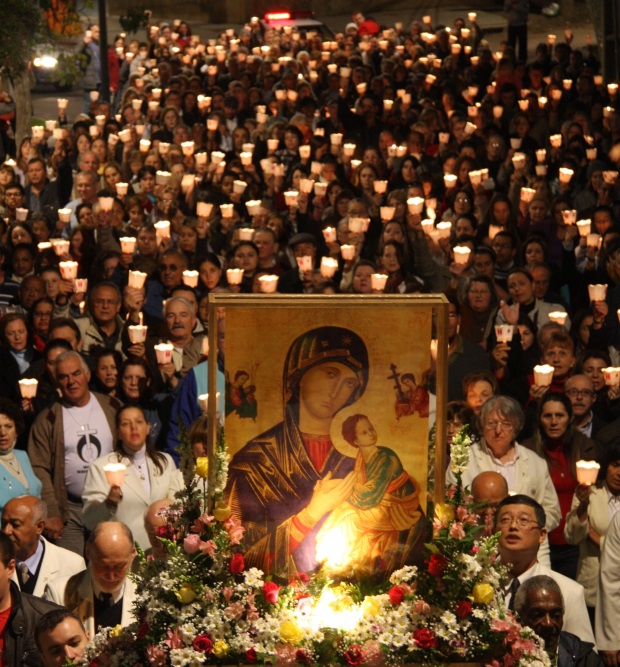 In Curitiba there is much to celebrate during 2015 as on the  the Feast of Our Lady of Perpetual Help we will be celebrating 55 years of the Novena here in Curitiba, as well as being the official opening of the celebrations of the 150th anniversary of the handing of the icon to the Redemptorists by Pope Pius IX when he said: “Let her know to the whole world.”

During the last 150 years Redemptorists throughout the world have been evangelising through this beautiful devotion of the Mother of Perpetual Help, icon of Love. For the past three years the Redemptorists in 74 countries have been preparing to celebrate the jubilee of the mission entrusted to them.

The Shrine of Our Lady of Perpetual Help in Curitiba will be no different. The Novena will be special as the program includes a procession and blessing of cars, a bike ride and blessing of the cyclists, and a rich social program, as well as demonstrations of music and cooking.

During the Novena, the theme of which is: “Mother, behold your son” (Jn 19,25), there will be preachers from various sanctuaries in Brazil; the Rector of the Shrine of the Divine Eternal Father in Goiás, Father Edinísio Gonçalves CSsR, the Rector of the National Shrine of Aparecida, Father John Baptist de Almeida, CSSR, the vice-rector of the new Sanctuary of the Father of Mercies, in Cachoeira Paulista, Father Marcio Padro, and the presence of the Archbishop of Curitiba Mons. José Antonio Peruzzo – for the first time in the Sanctuary – and Bishop José Mário Aragonese. Of course, the Redemptorist Missionaries of the Province of Campo Grande, who have communities in the states of Mato Grosso do Sul and Parana will also be present. 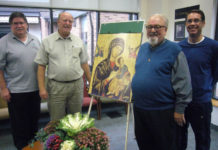 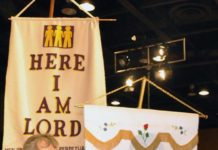