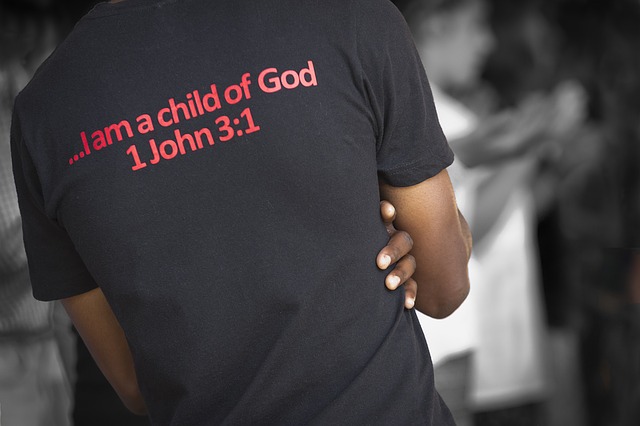 If I think back to the things I learned about Church and religion as a child, I know that one of the first things I learned was how to genuflect.  Once I was able to walk steady, my parents taught me how to genuflect before I entered the pew.  I was taught that I was genuflecting to Jesus in the tabernacle.  As a child, I did what I was told and really didn’t think much else about it.  It was only much later did I begin to learn more about the meaning behind genuflection:  it was a sign of reverence and respect for the real presence of Jesus in the Blessed Sacrament; how special it was that the real presence was reserved in our parish Church; and, that when we gathered in Church to pray and worship, we did so before the real presence of Christ our God.  Now, it comes as second nature to me to genuflect or bow before the real presence.  And like all things that become second nature, we can come to take it for granted, doing the gesture without giving it much thought.

That is, until, one has an experience of the gesture in an entirely new context.  Last week, on Confederation Hill here in St. John’s –  upon which stands Confederation Building which is the seat of the provincial government and the House of Assembly of our elected representatives – several thousand people gathered in a peaceful protest to show support for the movement that is sweeping around the globe, called #Black Lives Matter.  As you know, this latest manifestation of this movement arose from the terrible murder of George Floyd in Minneapolis, Minnesota, USA.  I attended the protest, all the while maintaining proper physical distance and wearing a mask in this time of pandemic!  There was a moment during the protest that everyone was encouraged to “take a knee” for 8 min and 46 sec, the time that the police officer kept his knee on George Floyd’s neck, thus ending his life.  During that long genuflection, it occurred to me that this same gesture of which I was so familiar, was now being used as a symbol of reverence, respect and protest on behalf of this man who recently died.  Same gesture, very different context.

But then again, was it so completely different?  George Floyd was an innocent man, killed by representatives of the state because of a potent mixture of racism, intolerance, judgementalism, indifference to the sanctity of all life, and abuse of power.  To show our reverence for the importance of his life, to show respect to the dead, to make a statement against racism and abuse of power millions of people around the world are “taking a knee.”  I am not trying to canonize the dead, but when Jesus suffered and died, he did so because religious and political figures abused their power and took an innocent life.  Their worldview was intolerant of someone who lived and thought differently, and so they removed him from life in the most brutal way.  There are some similarities indeed!

When we genuflect to the real presence, we are demonstrating our reverence for Jesus’ sacrifice on the cross.  We are holding dear the incarnation of God in Jesus who became one of us to share our life:  a life of hope, dreams, joy, and a life of pain, suffering, injustice, and death.  We genuflect to our belief that Jesus is God with us, at every moment.  We genuflect to acknowledge that in Jesus, each person matters. However, especially when one life is in danger, when any brother or sister or any group of members of the human family is under threat from racism, abuse of power, lack of reverence and respect, then we must as an act of faith, acknowledge that life … those lives … matter.  We must give voice to that and we must take a knee.    At this moment in our history, the human family says loud and clear in both word and gesture, that Black Lives Matter.  At other moments, in our human history, the human family has spoken about others who have suffered and who matter:  children in poverty and are victims of abuse by those in power, women who suffer abuse, migrants, ethnic groups, people who suffer because of their sexual orientation, members of religion who are persecuted for their faith and, sadly, the list goes on.

When we celebrate Eucharist, the priest will say the ancient words of consecration, he will break the host, the Body of Christ, he will share it with those that gather.  Even in this time of pandemic when many can only pray the prayer of spiritual communion, we still share in this mystery to some extent.  It should not be lost on us that the act of breaking bread and sharing it among us is a profound way in which we share in the suffering, death and resurrection of Christ.

Jesus’ instruction was to ‘Do this in memory of him’.  But it is not enough to just do Eucharist.  It is not enough to just attend mass. It is not enough just to receive Eucharist into our bodies.  We have to do more.  When we receive the Blessed Sacrament, we must be open to allowing the real presence of Jesus in the Eucharist to change us.  To make us more into the image and likeness of God.  That means taking on the heart of God, the mind of God.  It means remembering those whom Jesus loved:  the marginalized of his day such as woman who had no status and suffered because of their gender, children who also had little status or rights, those who suffered racism and prejudice such as Samaritans, the sick and developmentally and physically challenged who were literally left beyond the walls of family or pushed to the side of the road by their communities, faith and families.  ‘Do this in memory of him’, means we take on His heart, mind and values and ask ourselves who are the marginalized today in our world, and what will we do about it?  How will we give voice and action to their cause?   If we, rightly genuflect before the real presence of Christ in the Eucharist, then we much ask ourselves, who else must we rightly take a knee for in our world today?

As the COVID -19 crisis suddenly forces us to change our daily routine and  stay at home, we do not want anyone to feel isolated. In these days, we want to remain united in concern, solidarity, prayer, and hope.

If you feel invited to contribute through this web-page, you can reach us by the e-mail: news@cssr.com and share with us your reflection or article.

All posts from this web-page can be free shared, with a link to the source. Feel free to do it!

Index of  authors and articles