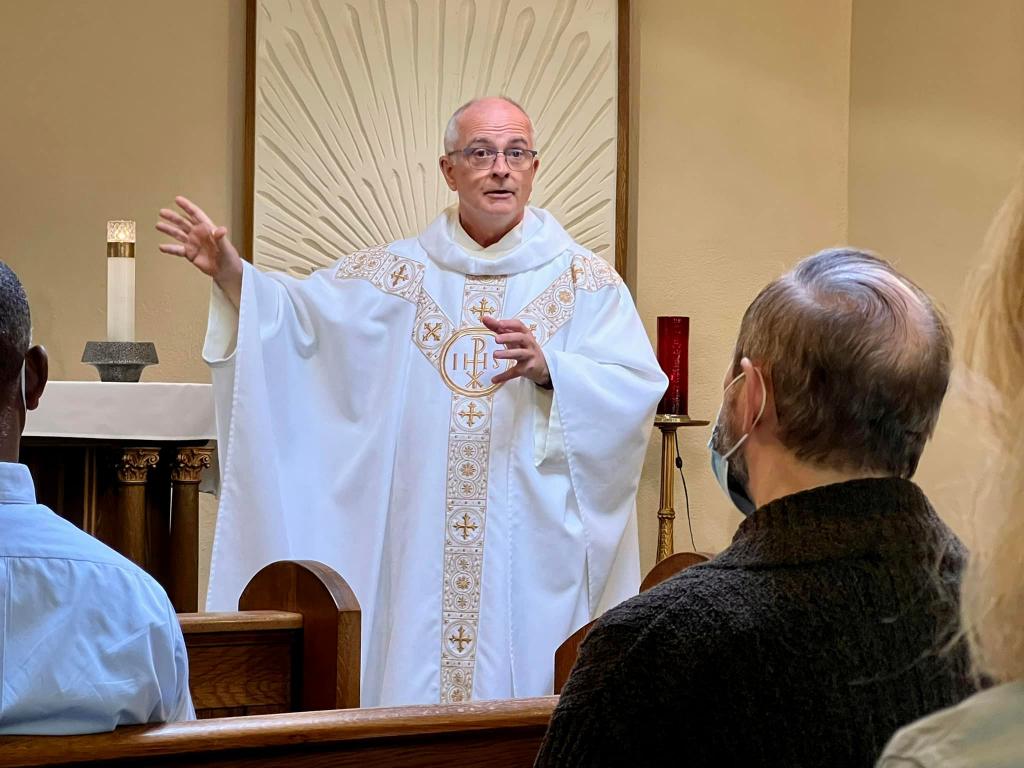 The Mass, presided over by Superior General Fr. Michael Brehl, C.Ss.R., officially closed Phase One of the 26th General Chapter in the North American Conference of Redemptorists (May 9-20, 2022). Phase Two, the canonical phase, will be held in Rome this autumn.

Members of Phase One have been busy working on various North American Conference reports. Further reflection and discussion of the Conference’s Working Document has been the primary focus of the small groups and the larger group.

Frs. Kevin O’Neil and Santo Arrigo provided an overview of the Working Document prepared for Phase One. The working document was the fruit of broad consultation in the Congregation, including the General Council, Conference Coordinators, major superiors and their councils, and confreres and Partners In Mission (PIM) through discussion of the video presentations, which reflected on the theme of the past sexennium: Witnesses of the Redeemer, in solidarity for the mission, to a wounded world.

Over the past few days, small group members have focused on Chapters One, Two and Three of the Working Document. Afterwards, they have reported points of importance for the larger group to reflect and act on. Personal and group sharing has focused on 1) the Redemptorist Mission; 2) Solidarity; 3) Formation for Mission and Ministry; 4) Consecrated Life, and 5) Governance. 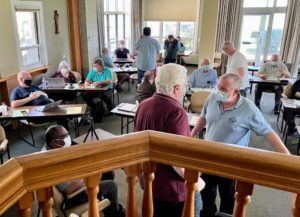 Aside from the Working Document, other reports included Fr Jack Kingsbury’s presentation of the Coordinator’s report. He provided a comprehensive overview of the workings and accomplishments of the Conference, which was later reflected on and discussed by the small groups.

Members have also studied and voted on several postulata. The postulata that were approved will be sent to Phase Two of the General Chapter in September.

In addition, the assembly reviewed the postulatum presented by the General Government. Time was set aside on Monday afternoon for prayer and discernment about the future leadership of the Redemptorists.

The participants gathered together in the chapel for prayer, invoking the Holy Spirit, as they reflected on the qualities necessary and the type of person needed at this time in the Congregation and in the life of the Church.

After the period of prayer, the members gathered in small groups and then in a plenary session to nominate and then vote for people whom they would support for the roles of both superior general and consultor general. These names are forwarded to Phase II of the General Chapter.