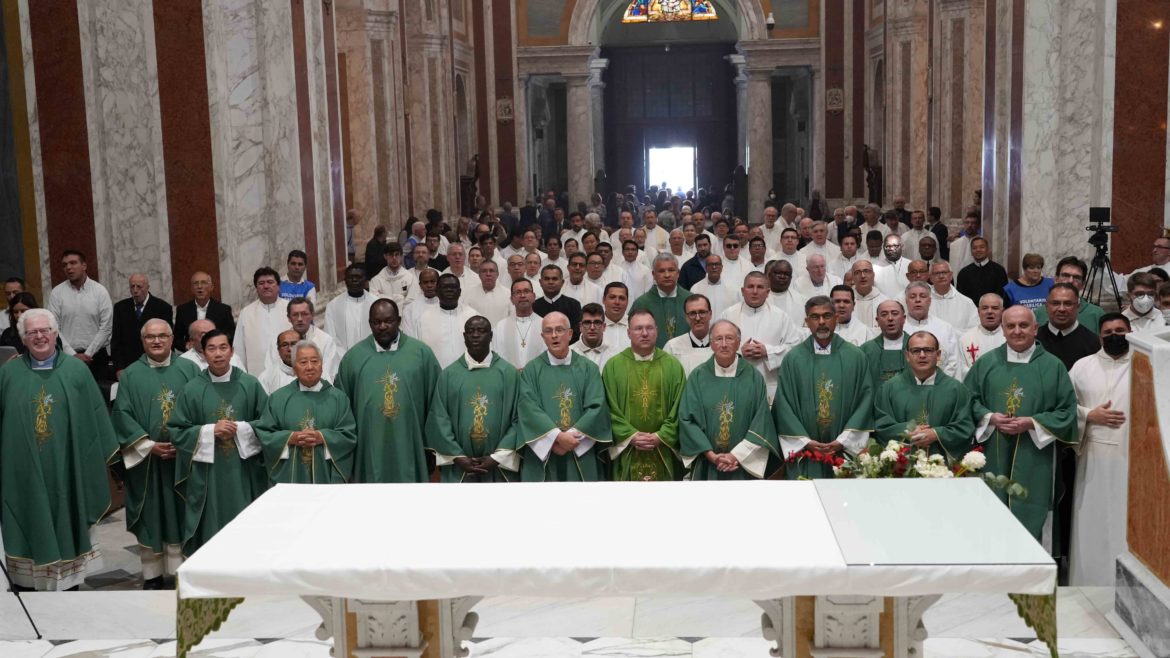 The morning of Sunday, October 2, 2022, began with the trip of the chapter members to Nocera de Pagani, a visit with a profound spirit of Redemptorist life, returning to the source places of our Congregation.

The first thing that was done there was participation in the Eucharist, presided over by Fr. General, Rogério Gomes and concelebrated by all the capitulants, some members of the Province of Naples and the laity who commonly attend the Basilica of Saint Alphonsus.

In the homily of the newly elected Superior General, the entire Congregation and the participants were invited to live with hope and without fear the conclusions of the reflections and the commitment of the Congregation of the Most Holy Redeemer for the next six years, worked on the Canonical Phase of the XXVI General Chapter. He also thanked Fr. General Emeritus, Fr. Michael Brehl and his Council,  for everything they did for the Congregation and encouraged everyone to live with enthusiasm the challenges that lie ahead for the future.

At the end of the Eucharist, the choir of the San Alfonso Basilica performed some themes from the Alphonsian tradition. The General Council accompanied Fr. General to the tomb of Saint Alphonsus to ask for his help and blessing in this new journey.

The participants then had the opportunity to visit the museum, see some places in the house and end with a lunch at Villa Rosalía, in which a spirit of joy and brotherhood was experienced.