(Vienna, Austria) Each year the Redemptorists celebrate the feast of Vienna’s patron, Saint Clement Maria Hofbauer in St Mary’s Church in the district of Hernals.

A Premiere: Holy Mass in the Syro-Malabar Rite

For the first time in the St Mary’s Church in Vienna-Hernals on March 14th, a mass in the Syro-Malabar rite was celebrated. This rite comes from the Church of the Syro-Malabar people (St Thomas Christians) of Kerala in Southern India, which is united with Rome. The main celebrant and the preacher was the Provincial Superior Fr. Joy Poonoly from the Liguori Province. The three Redemptorist fathers from India, who are now working in Austria, and other Indian priests, also were present.

The Charity-Sisters (Kerala), who have a community in Eisenstadt, was responsible for the musical arrangements. The congregation of the missionary sisters “Kőnigin der Apostel”, (who have their Mother House in Vienna and are present in four provinces in India), were involved in the arrangement, among other things with the preparation of the delicious Indian food, which was offered after the mass that lasted almost two hours. It was a meaningful celebration!

On the feast day (March 15) the mass was celebrated together with the capitular of the Vienna cathedral and regent of the priests’ seminary Richard Tatzreiter. This feast is one of the highlights of the liturgical year in the Church of St Mary and its choir and orchestra added to the festivity with their performance of Joseph Haydn’s “Theresien-Messe”.

The St Clement triduum was concluded on March 16 with a concert by the young group Capella Vocale (Seed/Sound) whose music range from Gothic to contemporary songs on a very high level. 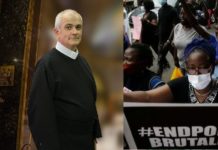 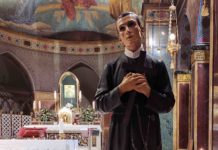 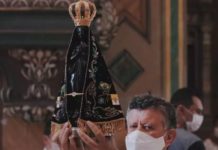