The Foundress, Venerable Maria Celeste Crostorosa was born into a noble family in Naples on October 31st, 1696. 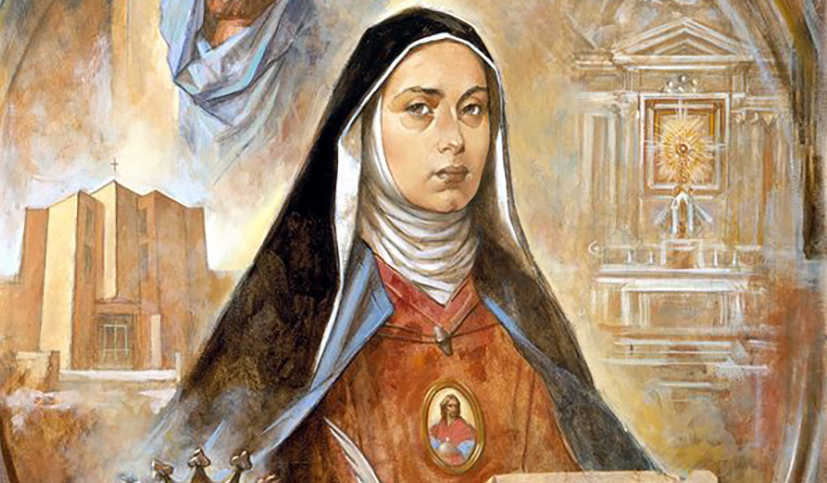 At the age of twenty she entered a convent in Marigliano near Naples. When the convent was closed down she went to the convent of Scala at Salerno where she had a revelation which ultimately led to her founding of the Redemptoristine Order with its distinctive deep red habit and its own rule.

The spiritual journey of Sr. Maria was favoured with many mystical experiences. She also enjoyed the close friendship and co-operation of St. Alphonsus Liguori (1696-1787) the founder of the Redemptorists and St. Gerard Majella (1726-1755).

Maria’s spirituality is characterized by obedience to conscience, the search for the meaning of the Gospels and by the living of a simple life centred on prayer. Mother Celeste was of strong character, was determined and energetic. She was intelligent and with great intuition knew the urgent needs of the society of her time.

She was above all a mystic and lived in deep communion with Christ. She invites us to contemplate and to meditate on the Cross as the great mystery of love and to see in this mystery the desire of love and communion with God. We are to feel that we are co-responsible together with Christ in giving real hope and genuine human dignity to each other, especially to those who feel oppressed by others.

Celeste was so convinced that there was no Christian community and much less any religious community if we are not living transparent memory of Christ, the Saviour. It is a question here of making Christ present in our world. The spirituality of Maria Celeste is that of giving witness, a spirituality of everyday life, lived in communion with the Redeemer and thus transformed into a sacrament, into a Eucharist for the redemption of all. This spirituality should radiate and go forth from the monastery giving a contemplative dimension to the reality of the life of every Christian.

Our Father has wished that The Order of the Most Holy Redeemer should have a specific mission in the church: to be a living witness, clear and radiant of the love that he has for us in Christ. It is through him that we have known and received this love which is given to all but especially to the poor.

Today the Redemptoristines are spread throughout Europe, USA, Canada, Africa, Asia and Australia.

Reverend Mother Marie-Gertrude of the Incarnation of the Redemptoristine community in Dublin, having submitted her project of a new foundation of Redemptoristine Nuns in England to the Most Reverend Father Raus, the Rector Major of the Redemptorist Fathers, to the Cardinal Archbishop of Dublin, and to Mons Bourne, then the Bishop of Southwark, had the joy of receiving a favourable response from all of them. The renowned Rev. Father Bridgett C.Ss.R. was enchanted to learn that the Monastery whose foundation he had always ardently desired, was finally to be established.

Consequently, the Order of the Most Holy Redeemer was officially established in Great Britain in 1897 with the arrival of Mother Mary Gertrude, Sr Mary Liguori, Sr Mary Cecelia, Sr Mary Clare, Sr Mary Philomena, Sister Josephine and two postulants Miss Caroline Jones and Miss Louisa Corcoran from the founding Monastery in Drumcondra, Dublin. This occurred during the year of the diamond Jubilee of Queen Victoria; and the arrival of the nuns in their red, white and blue habits elicited many comments in London.

The Sisters purchased property in Rectory Grove, Clapham, near the monastery of the Redemptorists, and there they were to stay until 1926. By this time, London had expanded, and Clapham was no longer rural and did not adequately provide for their requirements. Furthermore the community had grown in number. From Clapham they moved to Chudleigh, South Devon in 1926. 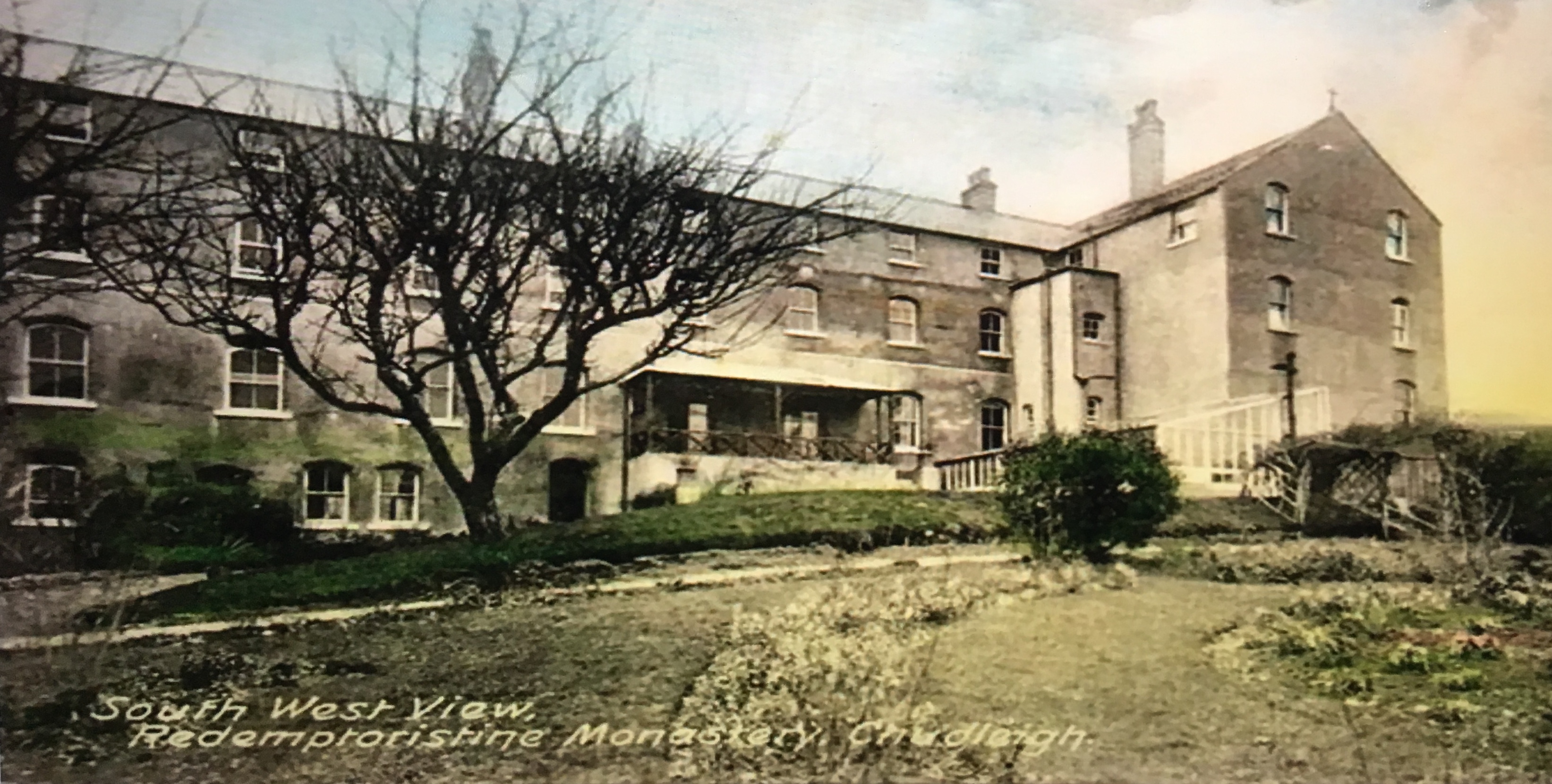 The Chudleigh convent which they purchased was a purpose-built monastery and had just been vacated by the Bridgittine Nuns (the only Order to remain in existence through the Reformation). These Sisters re-Iocated to another part of Devon about 30 miles south.

In 1947 four nuns set out from Chudleigh in Devon for Toronto in Canada. Here their growth was truly phenomenal. In the years that followed, foundations were made from this new monastery in Esopus (New York), in Liguori (St. Louis) and in Maitland, Australia. From the Liguori monastery, foundations have since been made in Legazpi, Philippines (which then went on to found a monastery in Cebu), in South Africa and recently in Thailand. So from the four nuns from Chudleigh, there emerged eight foundations in four continents. 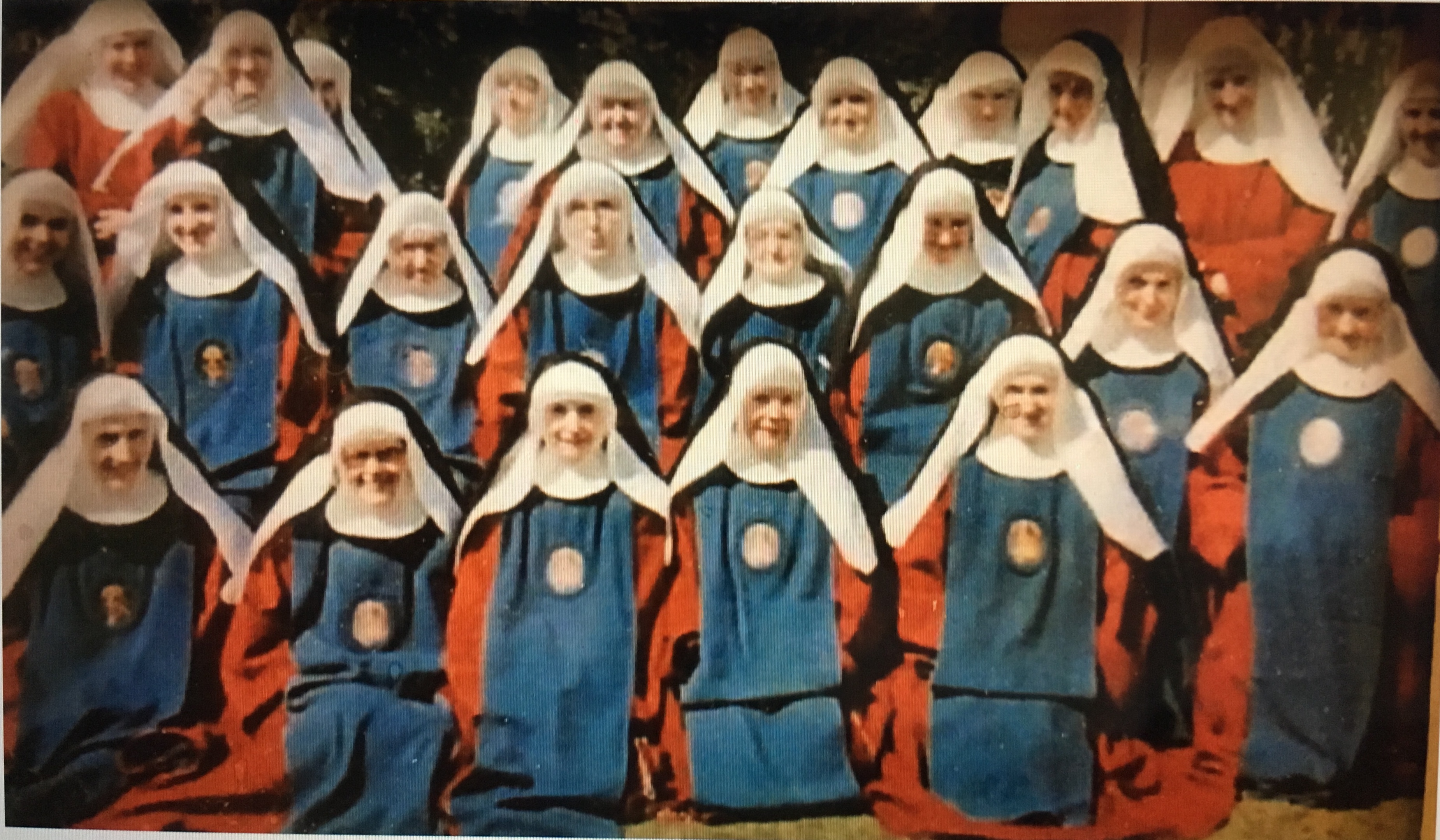 However by 1990 the number of Redemptoristine Sisters diminished to ten and all of them were over sixty years of age. One by one, the printing business, communion bread-baking and making of priests’ vestments were abandoned. There was no self-pity, just acceptance. The compulsory purchase of land close to the monastery was another factor that compelled the move to a smaller premises. The Sisters moved to a Convent in Liverpool in 1990 where they continued to life faithfully the Redemptoristine charism.

As the community further decreased to four Sisters that needed medical care, they finally went to Nazareth House Nursing Care facility in Crosby, Liverpool. Sister Mary Bernadette Grundy was the last remaining English national who went home to God on the 30th March 2017 R.I.P. Sister Mary Patrick Kelly is the only living member of the English Redemptoristine Monastery and now resides with the community in Dublin.

However, the influence of the Sisters in England and throughout the world cannot be minimised. We rejoice and give thanks for the fidelity of the Redemptoristine Sisters who lived a true contemplative life in England since 1897 and whose legacy will never die, since grace remains forever. 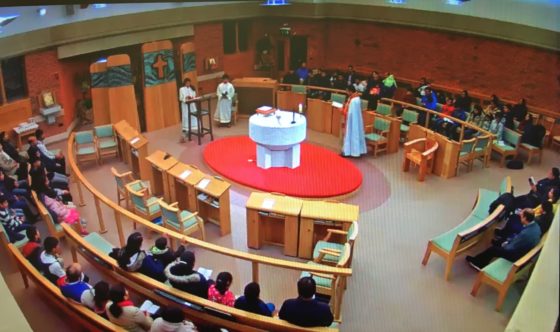 The Syro-Malabar Catholic Church is one of the 22 Eastern (Oriental) Catholic Churches in full communion with Rome. It is the second largest Eastern Catholic Church after the Ukrainian Church and the largest of the Saint Thomas Christian (Nazrani) denominations with 4.6 million believers. It is a sui juris Church governed by the Synod of Bishops headed by its Major Archbishop. The Syro-Malabar Church, with its deep-rooted spirituality and high rate of vocations to priesthood and religious life, can be considered as the most vibrant Catholic community in the world.

On the third Saturday of each month the Syro Malabar faithful and Priests attend our Chapel from 6.00-8.30pm for the recitation of the Rosary, devotions and Mass.