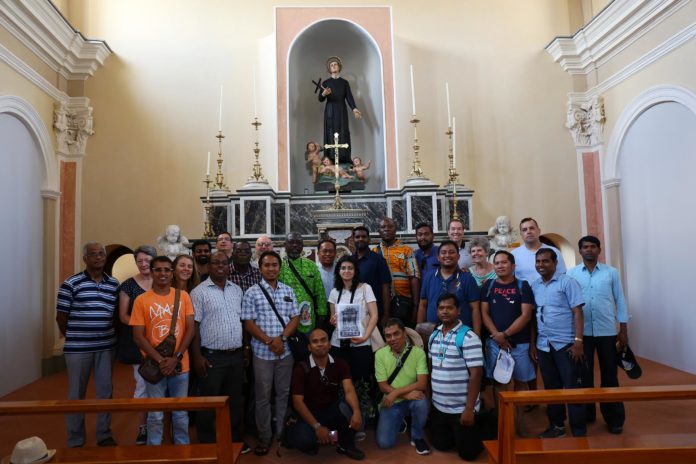 The Redemptorists (those attending the Spirituality Course from 10 to 29 June, 2019) from all over the world, even from the most distant countries, visited Muro Lucano, South of Italy to retrace the steps of Saint Gerard Majella on 24 June morning. They are the Redemptorists and there is Father Pietro, the director of the Spirituality Course from Poland said, “we are here in Muro Lucano with the Redemptorist missionaries from New Zealand, Australia, Japan, Indonesia, Philippines, India, United States, Poland, Holland, Africa and are both consecrated and lay Redemptorist missionaries. 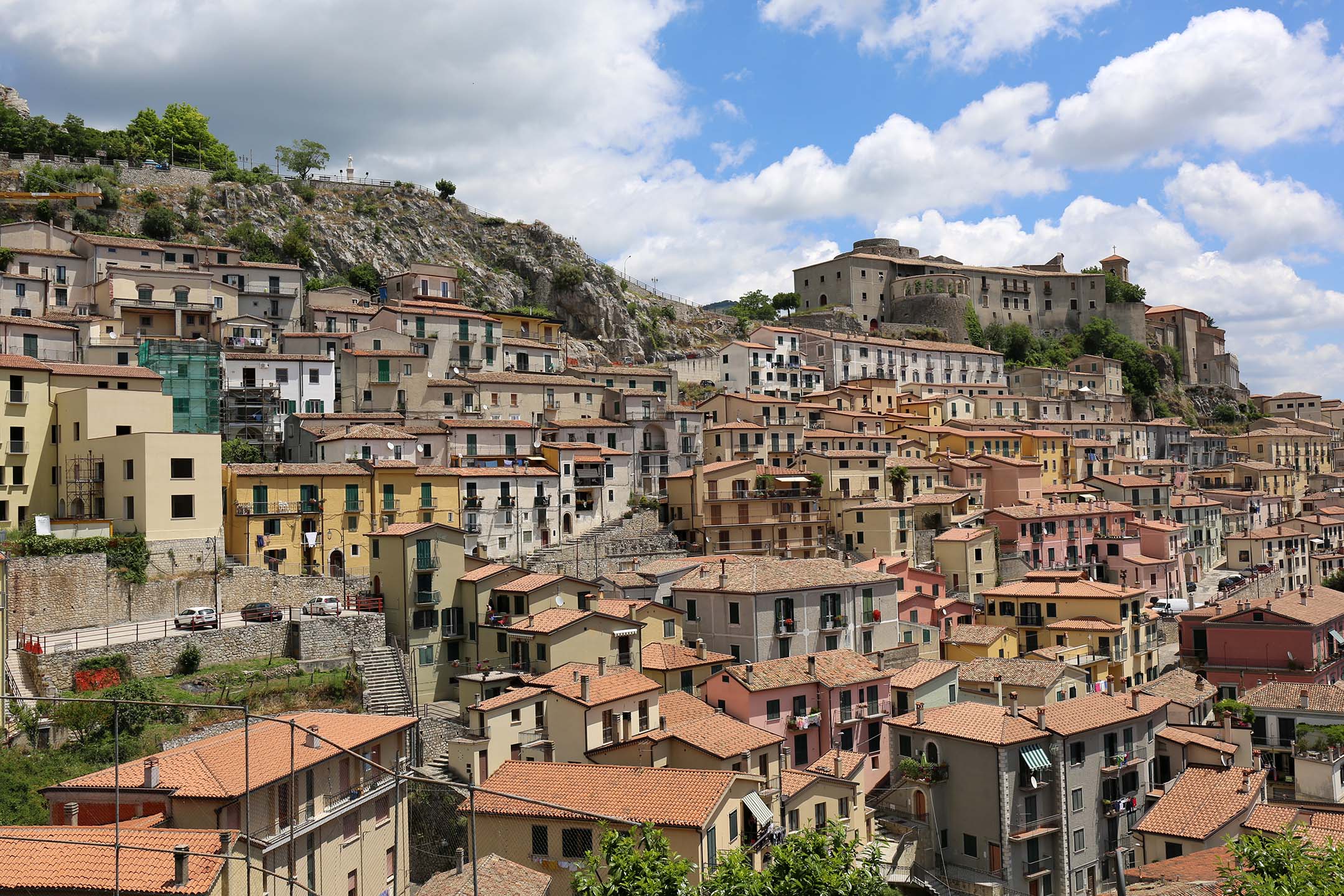 The pilgrimage began on 10th June and after visiting for about five days in Rome, the group left towards South Italy, touched Materdomini, Ciorani and could not miss Muro Lucano and Deliceto, the places connected with the life of San Gerardo Majella. Every year they make at least one trip to Muro, always different groups that depart from Rome and retrace the places of San Gerardo. The last visits were in June last year and September, and then this June and next July. Often alternated between English and Spanish speaking groups, which usually make this journey once in their life, then they are unlikely to return to their countries. The Redemptorists were thus able to visit, and take pictures to take away an indelible memory, the church of Saint Andrew the Apostle, where a fragment of the Saint’s rib is kept in a reliquary, where he received the first sacraments. 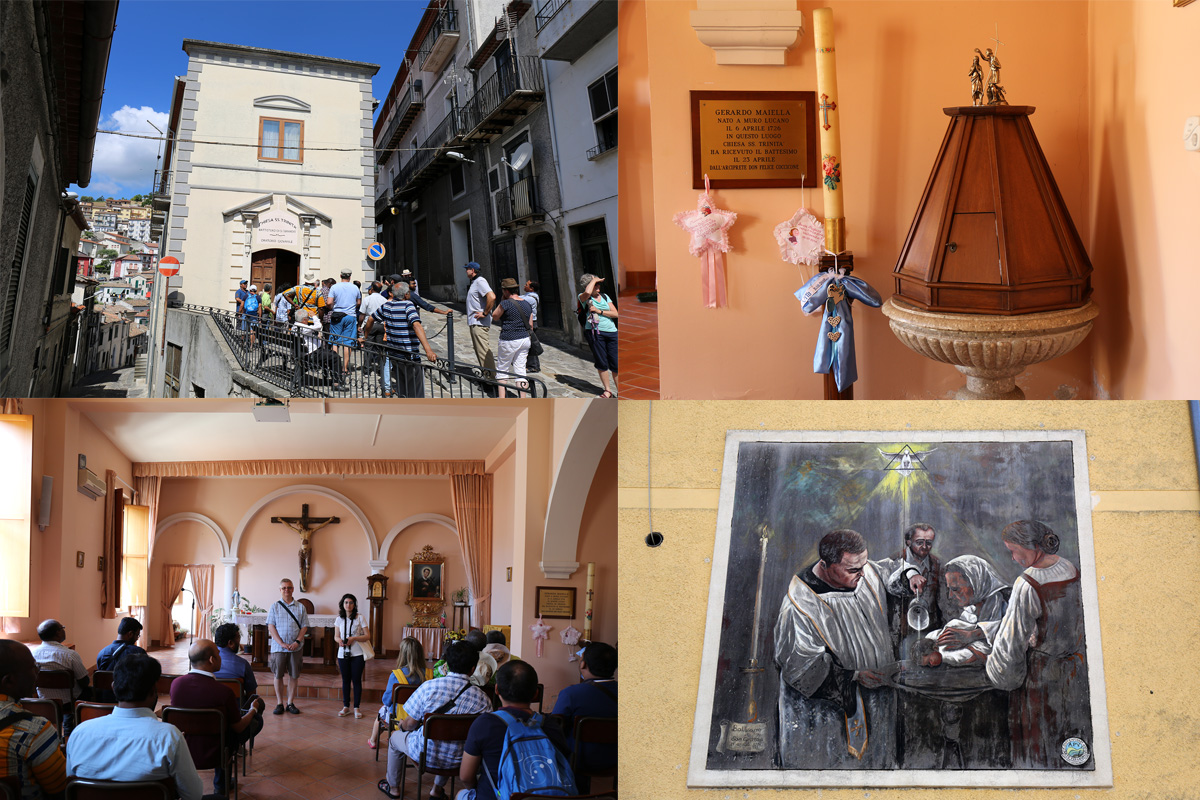 St. Gerard was born on 6 April 1726  and was baptized on 23 April in the Church of Most Holy Trinity. Also we find the murals placed in the small square in front of the Cathedral, the Path today a place where San Gerardo to reach the Church of Capodigiano. The story of the two great statues depicting the saint – one in bronze and the other in stone inside and outside of the Cathedral, the tailor shop where he worked to learn the trade of tailor by the master Martino Pannuto and finally the house where he lived since 1746 with his mother and sister, with the small window from which the sheet falls to “escape to become a saint”, an episode portrayed in another mural on the site. 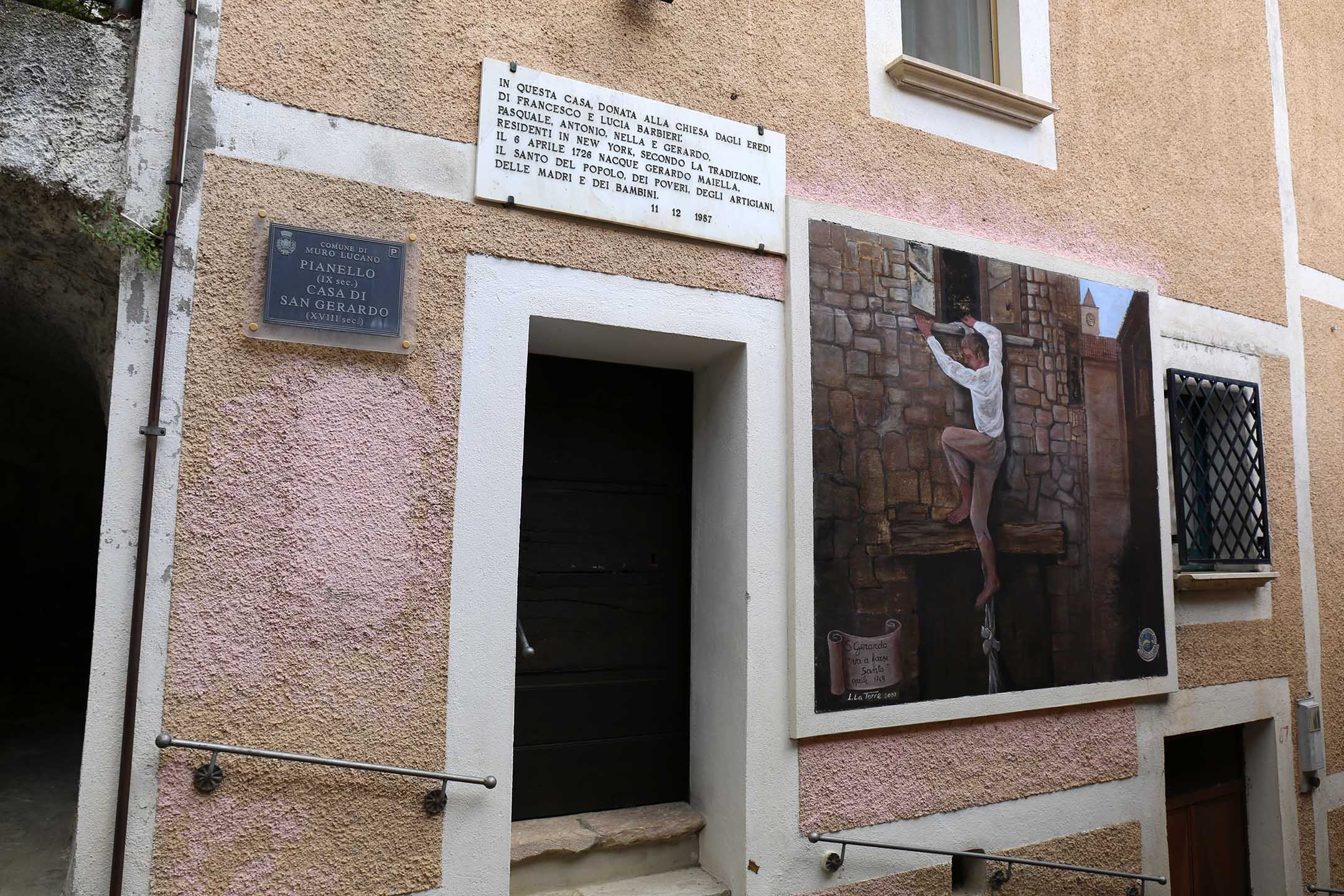 It was indeed a special day, for the English speaking Redemptorists, who expressed their willingness to see and visit the place, where Saint Gerard lived, walked the little streets, completed his first miracles in the churches of Muro and had a vocation to holiness. “I also want to express my gratitude to the authorities of Muro, this famous city where we come every year with the Redemptorist groups and to Dr. Chiara Ponte who guides us. We are very happy to be in Muro Lucano,” concluded Fr. Pietro.

You may view a video clip of the visit in: www.lecronachelucane.it 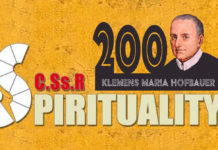 One Body: The Interior Life of St Clement Hofbauer 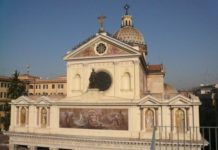