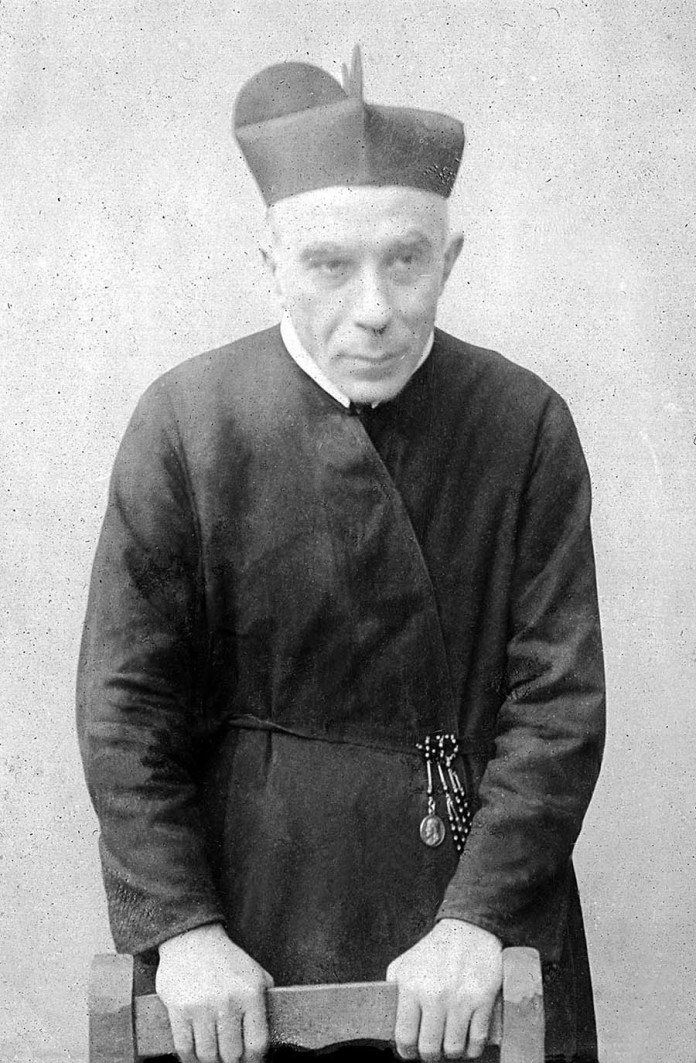 Antonio Maria Losito was born in Canosa (BA) on December 16, 1838. He was the youngest of the five children of Antonio and Maria Celeste Ricco. When he came to see the light of day he was already orphaned by his father, who had died a few months earlier in an accident at work.

He was baptized on the same day he was born. One year later, on October 18th, he received the Sacrament of Confirmation.

After the death of his mother, at the age of ten, he and his siblings were entrusted to the care of his maternal grandmother, going to live in Margherita di Savoia (BT). After her death he returned to Canosa, living at the house of his sister Angela, where he continued his studies at the Franciscan monastery.

When he was 17 years old, having been influenced by the Redemptorists Vittorio and Nunzio Loiodice, Antonio Maria entered the Redemptorist novitiate at Ciorani (SA), on November 24, 1855.

Because of poor health, his superiors decided to allow him to recuperate in his family’s care. After ten months, fully recovered, he returned to Materdomini where, on March 15, 1862 he was ordained a deacon and, with a papal dispensation of 8 months and 20 days, he was ordained a priest on April 5 of that same year.

He remained in the Materdomini community, preparing for missionary activity until 1867. After the application of the repressive laws of July 7, 1866, which suppressed religious institutes in southern Italy, he was forced, like all the other Redemptorists in the Neapolitan Province, to return to his family.

He lived at Canosa for 20 years during which, in addition to staying in constant contact with the superior general and the other members of the Congregation, with whom he shared many apostolic activities, he worked especially for his fellow citizens, participating with keen missionary sensitivity in their human vicissitudes, both spiritual and social.

During the two decades in Canosa, he poured his strength and his willingness to bear witness to the Gospel of mercy into preaching, the formation of conscience, spiritual direction, the reconciliation of conflicts, the comfort of prayer in difficulties and a practical concern to the poor and the sick.

After five years in the community at Angri (SA), together with the Servant of God, Fr. Giuseppe Leone, Antonio Maria was transferred to Pagani where, for the next 20 years, he was responsible for the training of the theology students. In 1907, despite having already suffered a progressive paralysis for 17 years, he was appointed superior of the Pagani community and provincial superior in 1909.

Profoundly passionate about the Redemptorist charism, in proclaiming the Gospel to the most abandoned, Antonio Maria, with sacrifice and a great sense of responsibility, spared no effort and used his God-given talents in the ministry of preaching, in the wisdom of government, in the witness of charity to the confreres, in steadfastness amidst adversity and in total confidence in God’s help. Considered an expert and merciful spiritual guide, people from all walks of life benefited from his advice: priests, bishops, cardinals and popes, St. Pius X and Benedict XV. Both Blessed Bartolo Longo and his wife, the Countess De Fusco, had him as a confessor and spiritual director. Fr. Losito’s support of Bartolo Longo was instrumental in the more difficult moments during the construction of the social works connected to the Shrine of Pompei (NA), especially for the foundation of the Institute for the education and salvation of the children of prisoners.

On April 9, 1983, following the insistent demands of some bishops of Puglia, with the approval of his Redemptorist superiors, the remains were transferred to the cathedral of Canosa and buried in the chapel of St. Alphonsus.