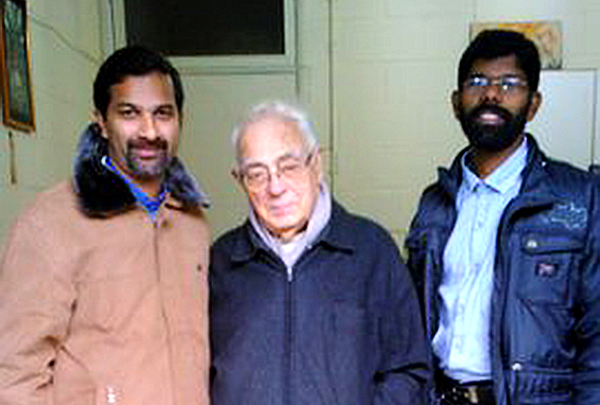 At the request of the General Government, two confreres from the Liguori Province, India, Frs. Binoy Mandapathil and Antony Binoy Uppumackal have reached in Lebanon to continue the mission started by the Belgian Redemptorists of St. Clement’s province. They reached in Lebanon on 1st of December, 2014 to officially join the mission. At present the new members are fully engaged in learning the Arabic language and the culture of the people.

They also help out with the Eucharistic Celebration at the Missionaries of Charity Sisters’ convent and also with counseling at the school run by the Redemptorists. The community there hopes to start Mass in English for the migrants from Philippines, Sri Lanka and India. Fr. Timon D’cock, who is working there at present is from the St. Clement’s province. He is 84 years