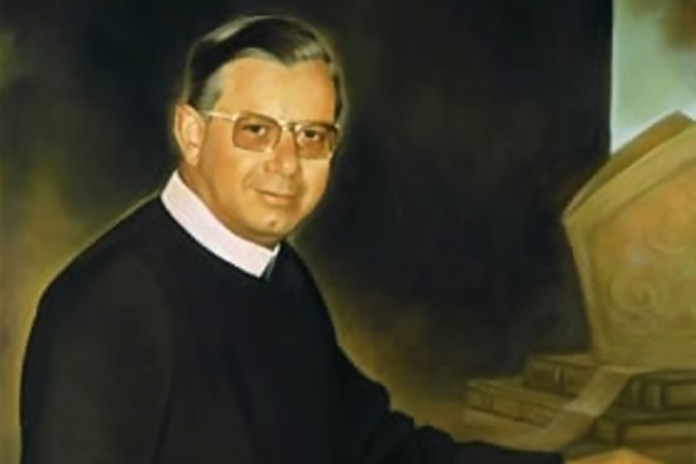 Born on December 23, 1919 in Tabatinga, Brasil, professed on February 2, 1938. He held a Doctorate in Civil and Canon Laws (Utroque Jure). He held the offices of Secretary, Consultor and Procurator General. He was elected Superior General for a term of six years in the General Chapter in 1967. In 1973, he returned to his native land and was named Bishop of Limeira. He was ordained bishop on June 25, 1976. He died on November 2, 1994 in Aparecida, Brazil.