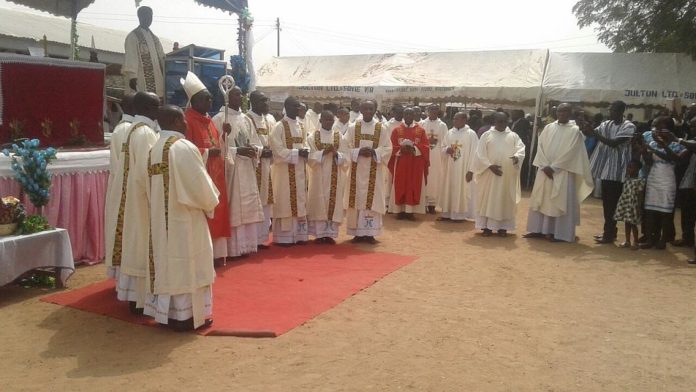 The Confreres greatly rejoiced at the ordination of Fr Mark Torwoe.  Fr Mark was ordained on the 26th December, 2016.  It was a moment of great joy for both the confreres  from Bogota and Ghana.  Fr Mark, would work in the missions in Ghana, Africa. 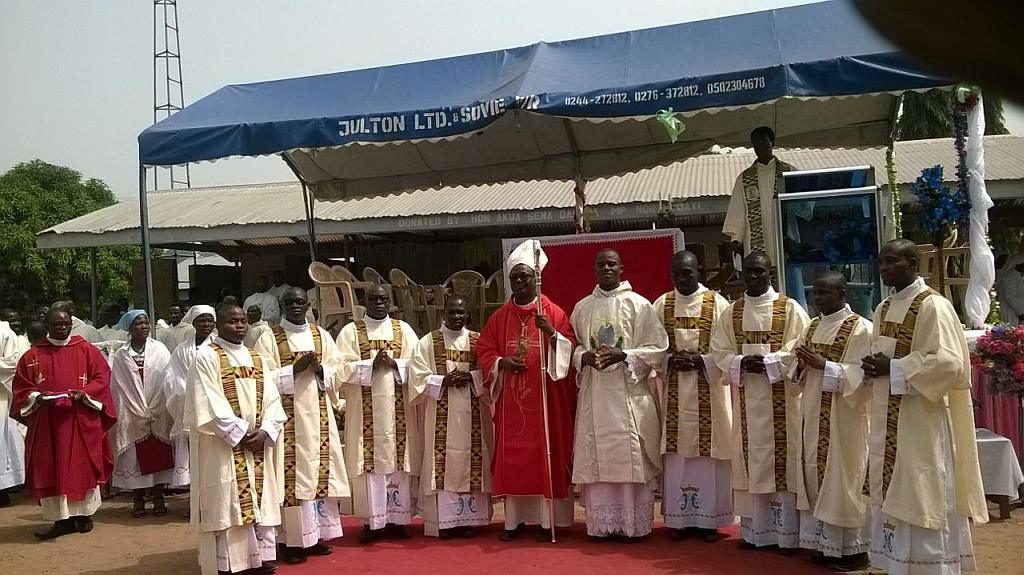 Fr Mark Torwoe, was born on April 17, 1985 in Hlefi, Africa. He began his postulancy in 2006 in Sokode, Etoe; and between 2007-10, he did his philosophical studies at the Spiritan University College.  Did his novitiate in Enugu, Nigeria, and was profesed on July 30, 2011 and made his perpetual vows on January 5, 2016 in Ejisu, Ashanti Region, Ghana. During 2012-15 he did his theological studies in the SS. Peter and Paul Major Seminary, Bodija-Ibandan (Nigeria). He was ordained a deacon on January 9, 2016 and was ordained on December 26, 2016.  The confreres greeted and imparted their fraternal wishes and blessings on the newly ordained  Fr. Mark.

We thank our confrere Carlos Caballero for the news and photographs of the new priest, at redentoristasdecolombia.com.