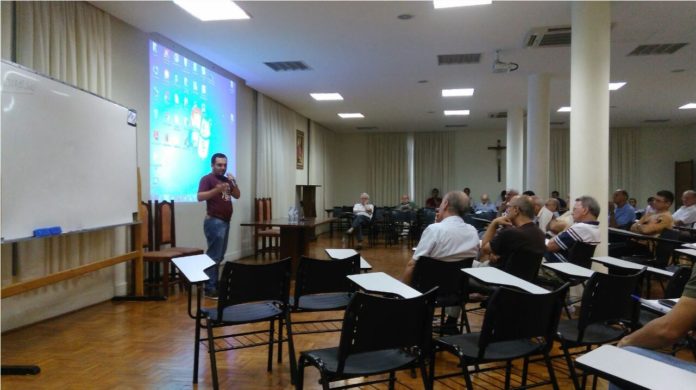 (Aparecida) – Bring the XXV General Chapter to our brothers in Brazil. This was the objective of the CERESP / SIER cycle of studies, called also as “Interprovincial study circle”, held in Aparecida (Brazil) from January 30 to February 3. There were 66 participants from all over the country. Father José Raimundo Vidigal, C.Ss.R. who represented the Province of Rio at this meeting writes:

“There were many brothers who participated in the Chapter and also the former Vicar General, Fr. Enrique López, C.Ss.R. He was the one who opened the session with a talk on “Implications of the Chapter for the life of the C.Ss.R.”.
Father Marcelo explained the theme chosen for the next six years: “Witnesses of the Redeemer in solidarity for mission to a wounded world”. The guidelines for formation were explained by Father Joaquim Parron and the guidelines for working with the laity were explained by Father Roque Silva. 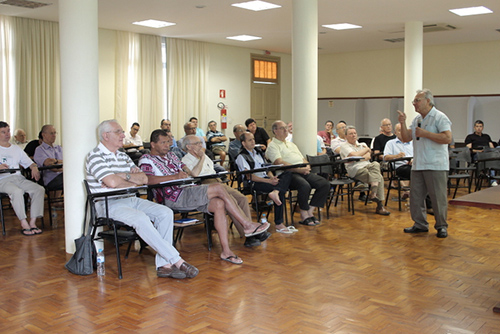 “Fr. Vidigal spoke about consecrated life, community and leadership. From Father Pedrinho Guareschi we heard about how to use the mass media to evangelize. Fr. Fabio Pascoal has talked about the youth of today and the pastoral methods suitable for them. F. Flavio Leonardo, from the province of Rio, accompanied by young people Rafael and Brener have presented their work in this area.”
F. Edesio talked about the novelties of the Chapter for the URB – Union of Redemptorists of Brazil. The participants were also informed about the projects of the National Sanctuary to commemorate the 300th anniversary of the discovery of the image and organized a guided tour to the Sanctuary. There, they concelebrated the Mass.
These same studies will be presented again in Aparecida from the 24th to the 28th of April. It is very important that all Redemptorist in Brazil can know and experience the message of the XXV General Chapter. The meeting was organized by the Interprovincial Secretariat of Redemptorist Spirituality (SIER) and the Redemptorist Spirituality Center (CERESP).