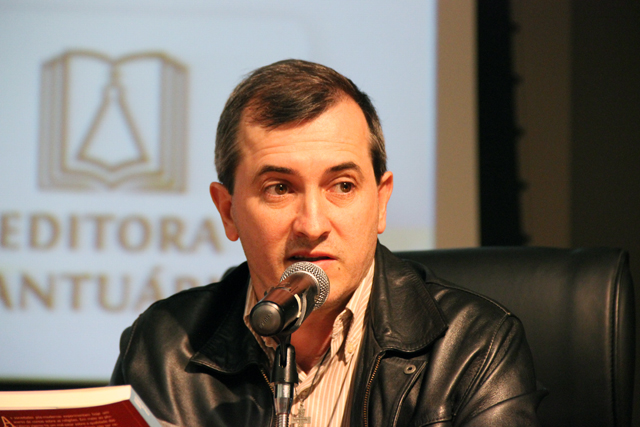 The Holy Father has appointed Rev. Fr. Vicente de Paula Ferreira, C.SS.R., as auxiliary bishop of the archdiocese of Belo Horizonte, Brazil, assigning him the titular see of Castra Nova. Fr. Ferreira is currently formator of students of theology of the Redemptorist Province of Belo Horizonte.

Fr. Vicente de Paula Ferreira, C.SS.R., was born on 27 October 1970 in Ararai, district of the municipality of Alegre, diocese of Cachoeiro de Itapemirim, in the State of Espírito Santo.
He studied philosophy the Federal University of Juiz de Fora (1986-1990), where he later obtained a licentiate (2009-2011) and degree (2011-2013) in science of religion. He studied theology at the Jesuit Faculty of Philosophy and Theology (FAJE) in Belo Horizonte (1993-1996) and specialised in psychology at Juiz de Fora (2003-2006).
He gave his religious vows as a Redemptorist on 12 December 1992, and was ordained a priest on 16 November 1996. Within his congregation he has held the following offices: vocational promoter (1997); formator for the pre-novitiate (1998-2002) and the aspirancy (2003-2005); president of the Union of Redemptorists of Brazil (2005-2011); Provincial Superior of the Province of Rio de Janeiro-Minas Gerais- Espírito Santo for three consecutive mandates (2005-2014); member of the Alphonsian Academy of Rome (since 2012).
He is currently formator of students of theology of the Redemptorist Congregation (Province of Rio) in Belo Horizonte.