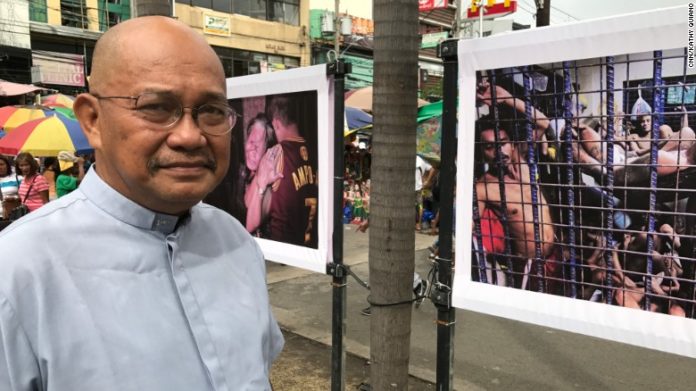 (Manila, may 4) – The Philippines’ human rights commission has commended religious groups and journalists covering the government’s war on narcotics for their contribution in bringing to light the rights abuses the campaign has brought.

“Their own individual simple acts, acts of courage, acts of solidarity, acts of justice, acts of kindness, have provided light in the midst of darkness,” said Jose Luis Martin Gascon, chairman of the Commission on Human Rights.

The human rights body praised the Redemptorist fathers and brothers for “doing far more than any of us can imagine” in helping victims of the “war against drugs.”

Franciscan Sister Cres Lucero, also received recognition on behalf of the Philippine Alliance of Human Rights Advocates that has been vocal in its criticism of the government’s anti-narcotics war.

She said there is a need for more lawyers who will have to stand up for the victims of rights abuses and “break the silence of impunity.”

At least 8,000 killings have been linked to the government’s intensified campaign against illegal drugs since President Rodrigo Duterte came to power in June 2016.

Gascon said the country’s Redemptorists have provided an inspiration to press on, against the killings despite difficulties.

“For the many families of victims the first responders are the Redemptorist priest and brothers who provide sanctuary, who provide psycho-social intervention,” said Gascon.

The human rights body also acknowledged other religious groups that have been working in silence, “who prefer at this time to keep what they are doing quite.”

He said the example set by groups such as the Redemptorists, human rights advocates and the Association of Major Religious Superiors of the Philippines “humbles [and] encourages us.”

Redemptorist Father Amado Picardal said the recognition given by the human rights body was an “affirmation” of the church’s mission to defend human rights and “journey with the people.”

“While the problems [of killings and human rights abuses] are there, we will be there,” said the priest, adding that his Congregation of the Most Holy Redeemer, were called the “Redemp-terrorists” during the martial law years for fighting the dictatorship and for working for human rights.

“This has been our consistent commitment. This is part of our mission our prophetic mission as Redemptorists,” said Father Picardal.

He said the commitment is “not just to help bury the dead and to count the casualties” but to also “provide sanctuaries not just to the victims but also to the witnesses.”

Father Picardal said various religious groups, including the bishops’ conference, have been collaborating in the defense of life and human rights.

“We are not just a voice in the wilderness, we collaborate with others,” he said.

The constitutional human rights body, which is celebrating its 30th year this week, said the Philippines has “entered a period of darkness.”

Even as Gascon decried what he described as the lack of public support for human rights, he also credited the work of photojournalists covering the drug-related killings in the past nine months.

“They inspire hope,” said Gascon, adding that the journalists have not given up on the “cherished principle of human rights” and “provided light in the midst of darkness.”

He said the “fundamental problem on human rights is impunity,” adding that what is going on in the Philippines are the most “egregious atrocities and violations of fundamental human rights” not seen since the end of the Marcos dictatorship in 1986.
Joe Torres, Manila
Philippines
http://www.ucanews.com