From Tuesday the 25th of April through Thursday the 27th, Redemptorists and Lay Missionaries of the Most Holy Redeemer from the Edmonton-Toronto Province met at Queen of Apostles Retreat Centre in Mississauga, Ontario. During our Chapter Sitting we asked the Provincial Council to appoint a committee to investigate how best to handle our internal and external communications. We gave our recommendations about a model for joining our three Canadian units. We approved a policy for sabbaticals and discussed how to manage our apostolic commitments with our current resources. With the help of Marwan Al-Turk, we reviewed our finances; and also heard from Fr. Mark Miller about his overall views concerning our Province, and how we are being affected and will be affected by decisions that were made at our General Chapter and at the Conference level. (As you may notice in this picture, we were joined on our closing day by all those in the novitiate). Those who attended will recall that Fr. Jack Kingsbury had offered to help facilitate part of our meeting and to address us about issues related to our North American Conference and about the General Chapter. He had to leave our meeting very early in the week. Once he returned to the United States, he had his eye treated and is healing up very well. He is very grateful that he has progressed so well that he was able to attend a meeting of all the Redemptorist students in North America during the last week of May. Fr. Jack thanks everyone for their support through this emergency during our Chapter, and also thank you for your support through the prayers and letters that he has received since then. 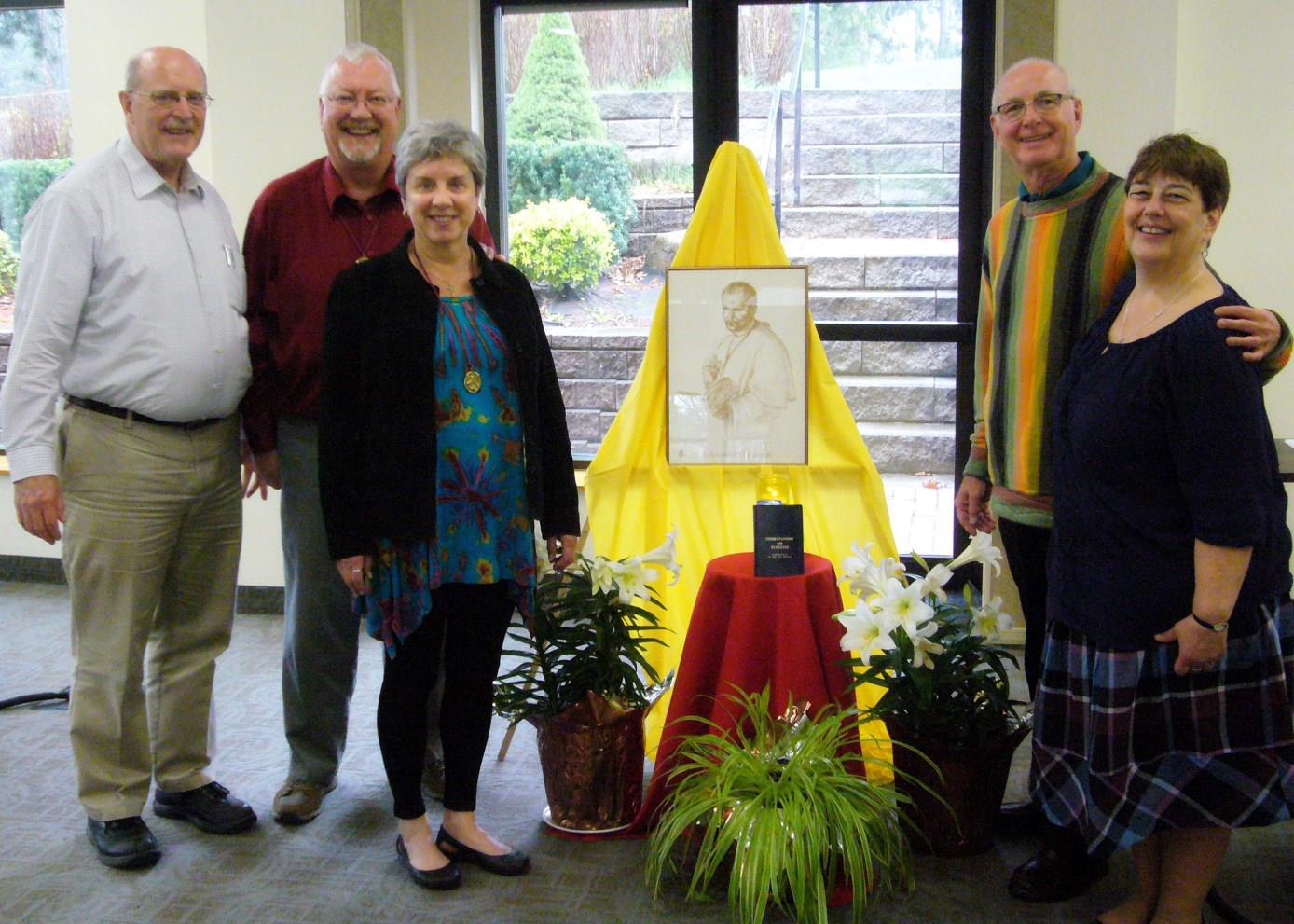 During our Chapter, we celebrated the re-commitment of Bob and Joan Williston as Lay Missionaries of the Most Holy Redeemer. During the evenings we also enjoyed each others’ company at social gatherings. During the banquet on Thursday evening, we celebrated our jubilarians and were pleased to welcome Fr. Remi’s cousin Carla Hindman (seen in the picture below to Fr. Remi’s left). Luis Fuentes, Doug Stamp, M.C. Havey, Kathy McMerty, and Fr. Ralph McQuaid also joined us for the banquet.