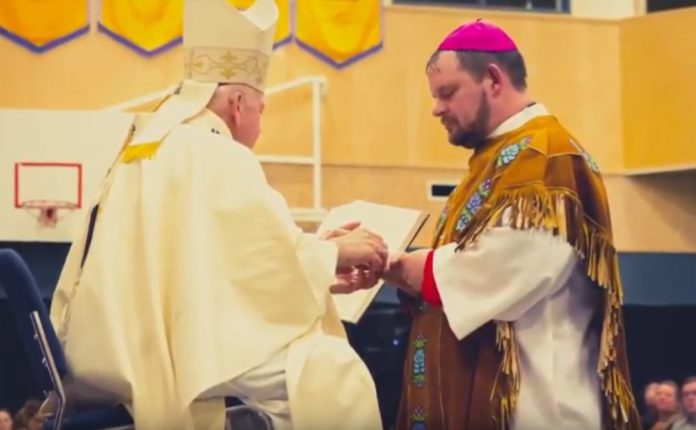 (Yellowknife, Canada) – The Northwest Territories’ newest bishop arrived in the North with a kayak, and was searching to buy a snowmobile in his first week in Inuvik. 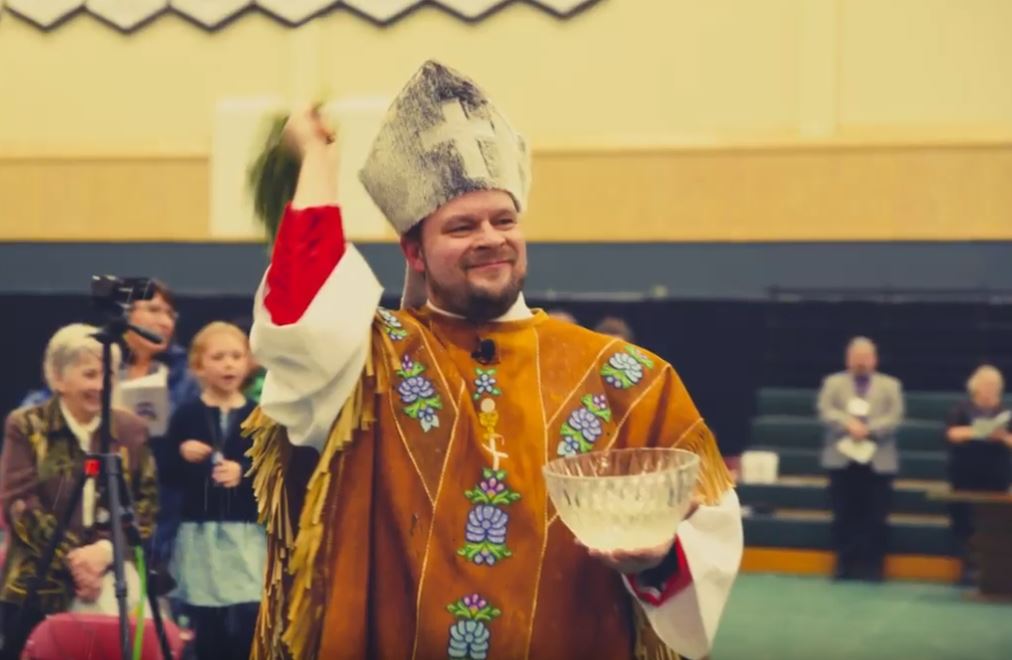 Born in Edmonton and raised in Grade Prairie, Alta., Hansen has been the priest at Inuvik’s Our Lady of Victory parish — the iconic “igloo church” — since 2015. He was brought north from Saskatchewan by former Bishop Murray Chatlain, who is now the Archbishop of Keewatin – Las Pas.

Hansen, the first bishop appointed in the Northwest Territories by Pope Francis, said that he believes his love of the territory is one of the reasons he was selected.

“I’ve been quite vocal about my love for the diocese, the people of the North, and the land,” he said. “I think they saw in me someone who thrived here and was happy to be here, and that’s the most important part working amongst the people up here.”

You can see a video of the Ordination of Bishop Jon Hansen, C Ss R: