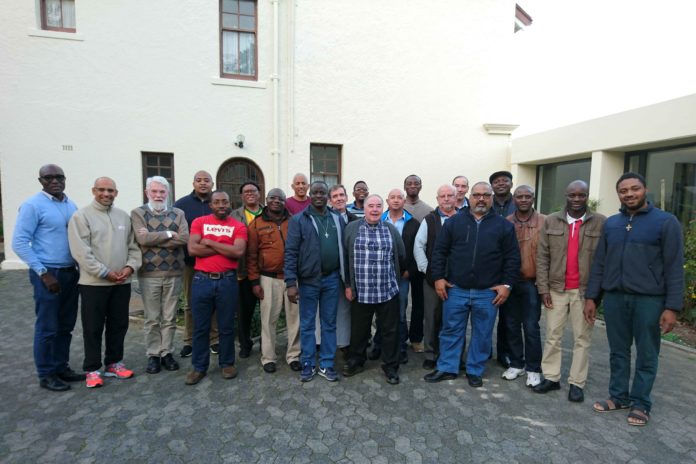 (Cape Town, South Africa) There were altogether 25 members of the South African Province gathered in the beautiful Schoenstatt complex at Constantia, Cape Town, South Africa for our special Assembly and Chapter from 14 to 19 of May 2018.  We were led by Fr. Nicolas Ayouba from the General Government.  Unfortunately, the Coordinator for our Conference (COREAM), Fr Zephirin Luyila, could not make it to the visitation due to the refusal of a visa.

This placed an extra burden on Nicolas both in terms of the number of presentations and the need to work exclusively in English.  However, he soon won the hearts of the participants with his passion for the themes he was presenting.  The tranquil surrounding of the Schoenstatt Centre and the access to the little shrine added to the attraction of the venue; the good food was also appreciated. 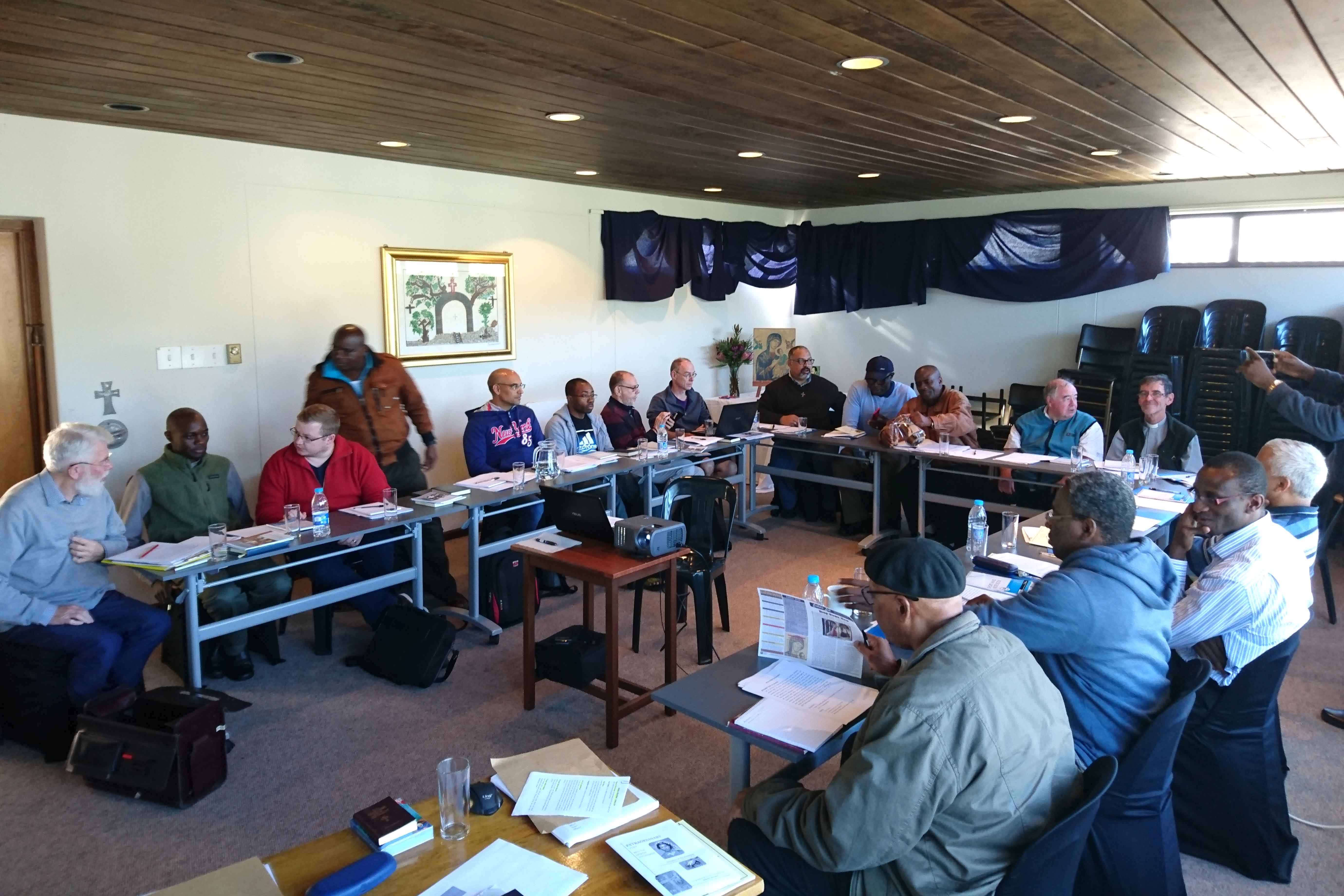 We were small enough in numbers to be able to have discussions in small groups to find answers to the issues raised.

A significant issue concerned the timeline for the work of restructuring and reconfiguration of the Units of COREAM.  There was a strong feeling of the need for gradualism in our context.  Likewise, it was felt that the subtleties of “union/fusion/federation” need further clarification. 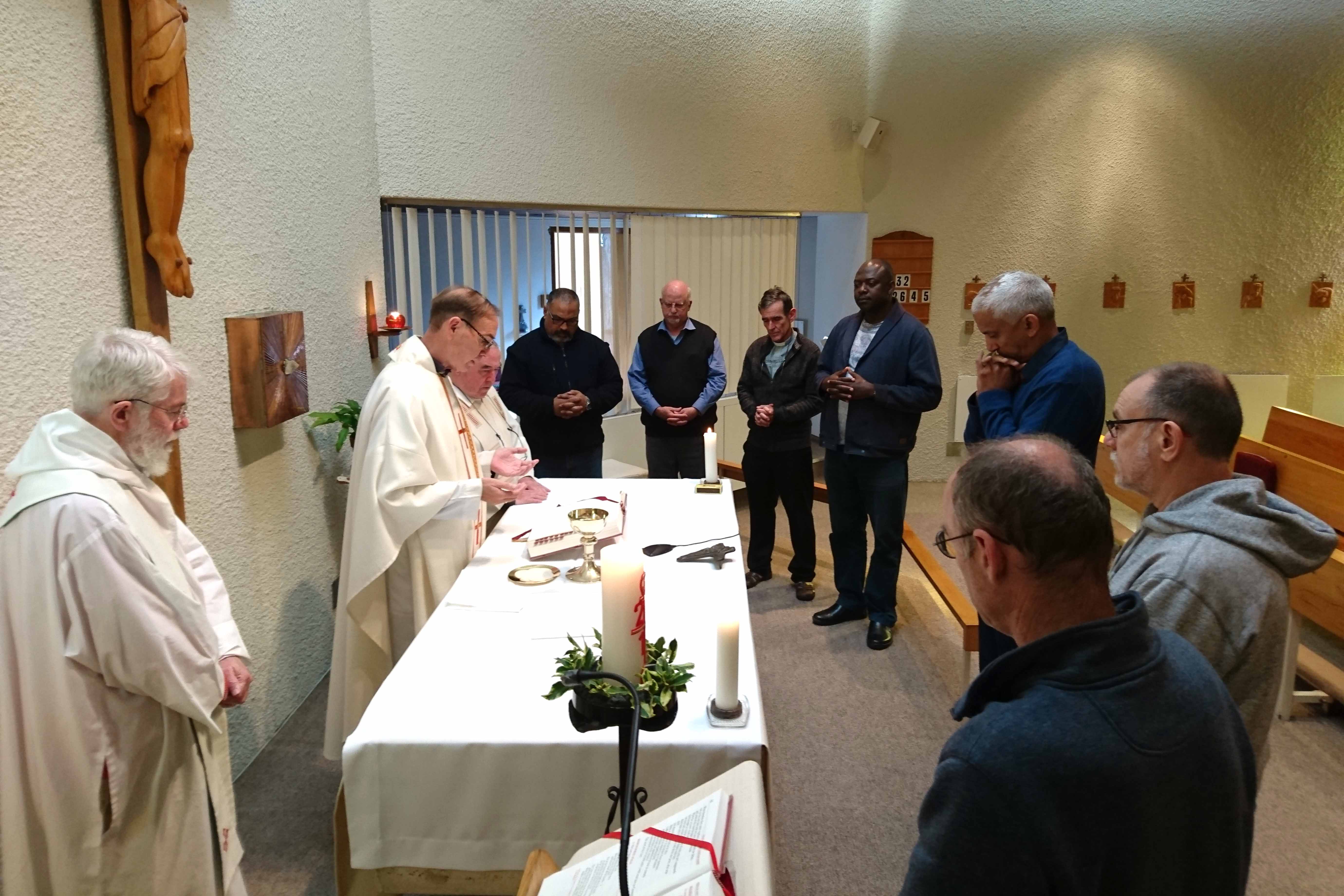 What became very clear was the vast amount of work already done by the General Government in implementing the decision of the last General Chapter (from all its phases) and the amount of detailed work still to be done in preparation for our next COREAM Assembly in July.

May the Spirit continue to guide us and work in us throughout this process.