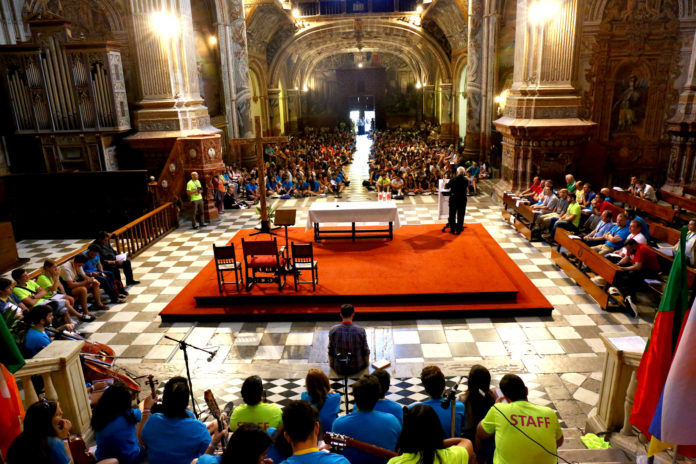 (Granada, Spain) The XI International Redemptorist Youth Meeting of Europe “ALLTOGETHER” was held from 25th to 29th of July, 2018 in Granada, Spain. There were around 725 participants from about 18 units of European Countries. The Redemptorist fathers accompanied the youth from their units. There were also aspirants and the brothers in formation who attended the youth meeting.

The youth from different units arrived in Granada and were directed to their residents on 25th afternoon. The opening Eucharistic celebration was presided over by Fr. Michael Brehl, Superior General of the Congregation of the Most Holy Redeemer at the Royal Monastery of St. Jerome. On the occasion of the feast of St. James, Fr. Michael preached on the Patron of Spain. He highlighted the missionary aspect of giving one’s life to Jesus in service. After the dinner, there was night festival, programs presented by different European Provinces. 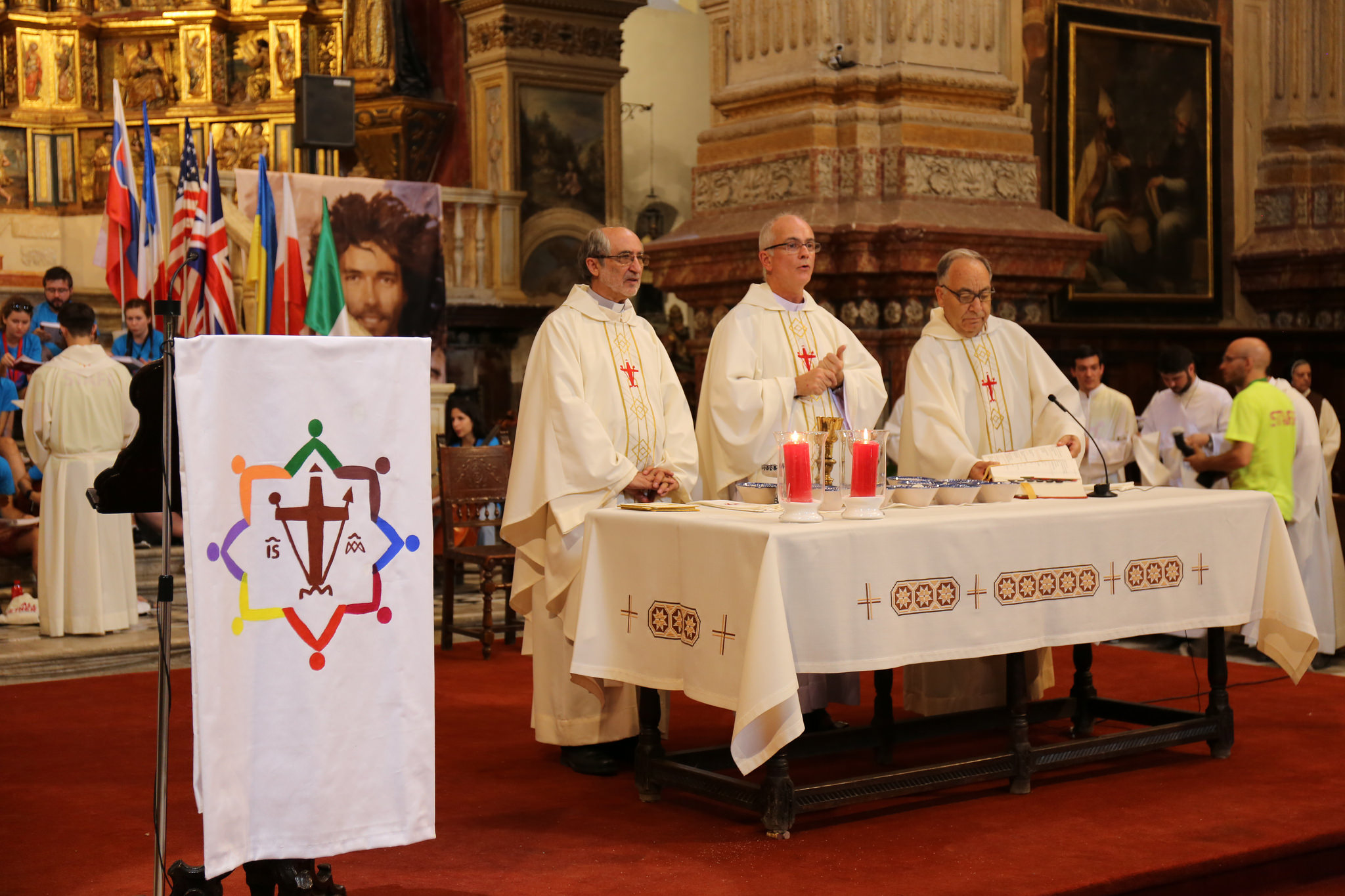 The youth were happy and excited to be part of this meeting. The day began with the prayer at 9 am followed by group presentations and catechesis in the groups. The youth of different units displayed their work and activities through stalls called “Missionary Fair”. There were lots of things for sale highlighting different youth projects. All the youth then attended so-called “St. Alphonsus, the Musical”, the opera on the life of St. Alphonsus at the Palace of Congresses of Granada. Then the groups visited St. Mary´s Church of Alhambra and prayed together. The youth also visited the Nasrid Palaces and the Palace of Charles V. Then there was night music and party after return from Alhambra. 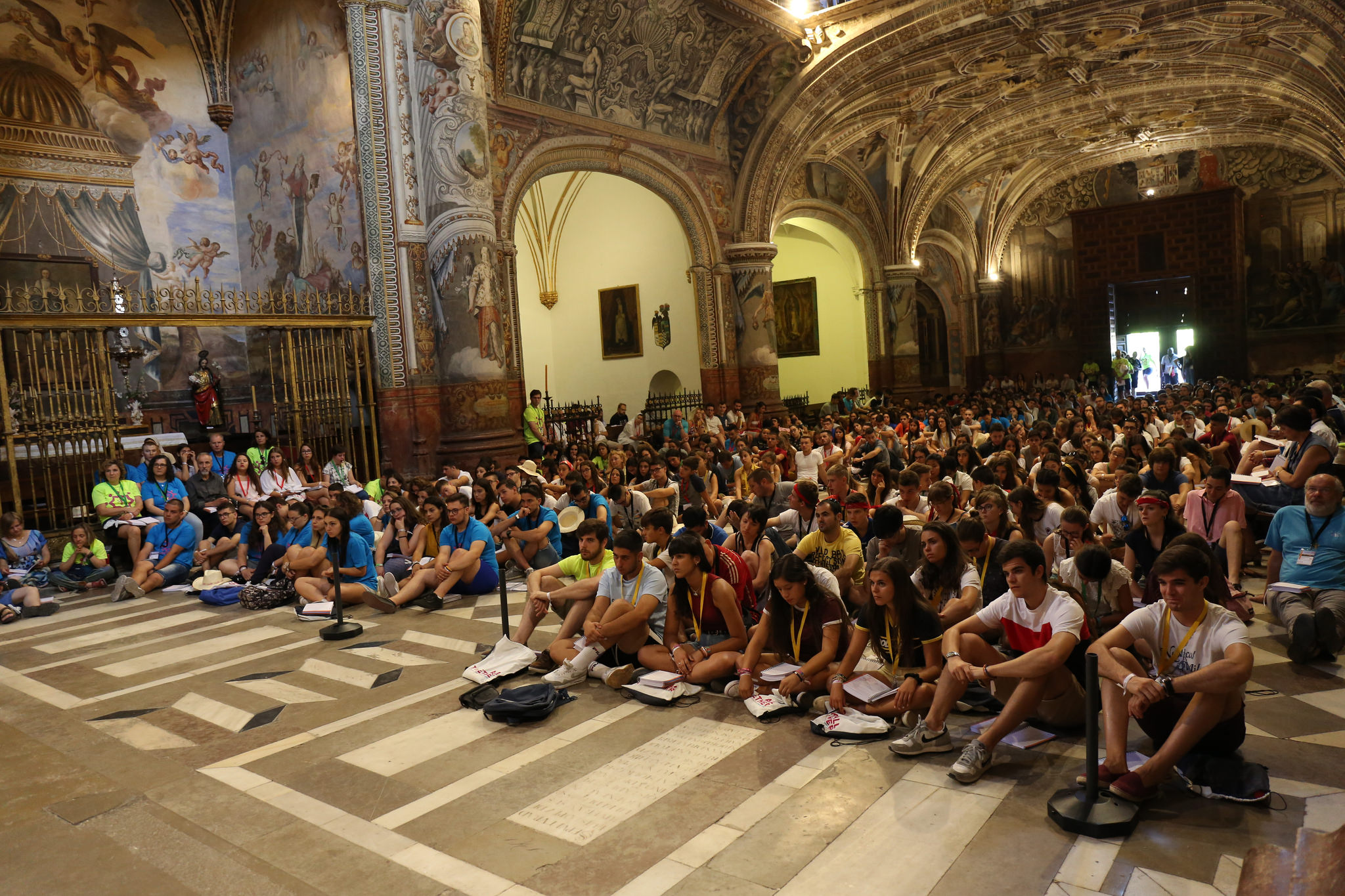 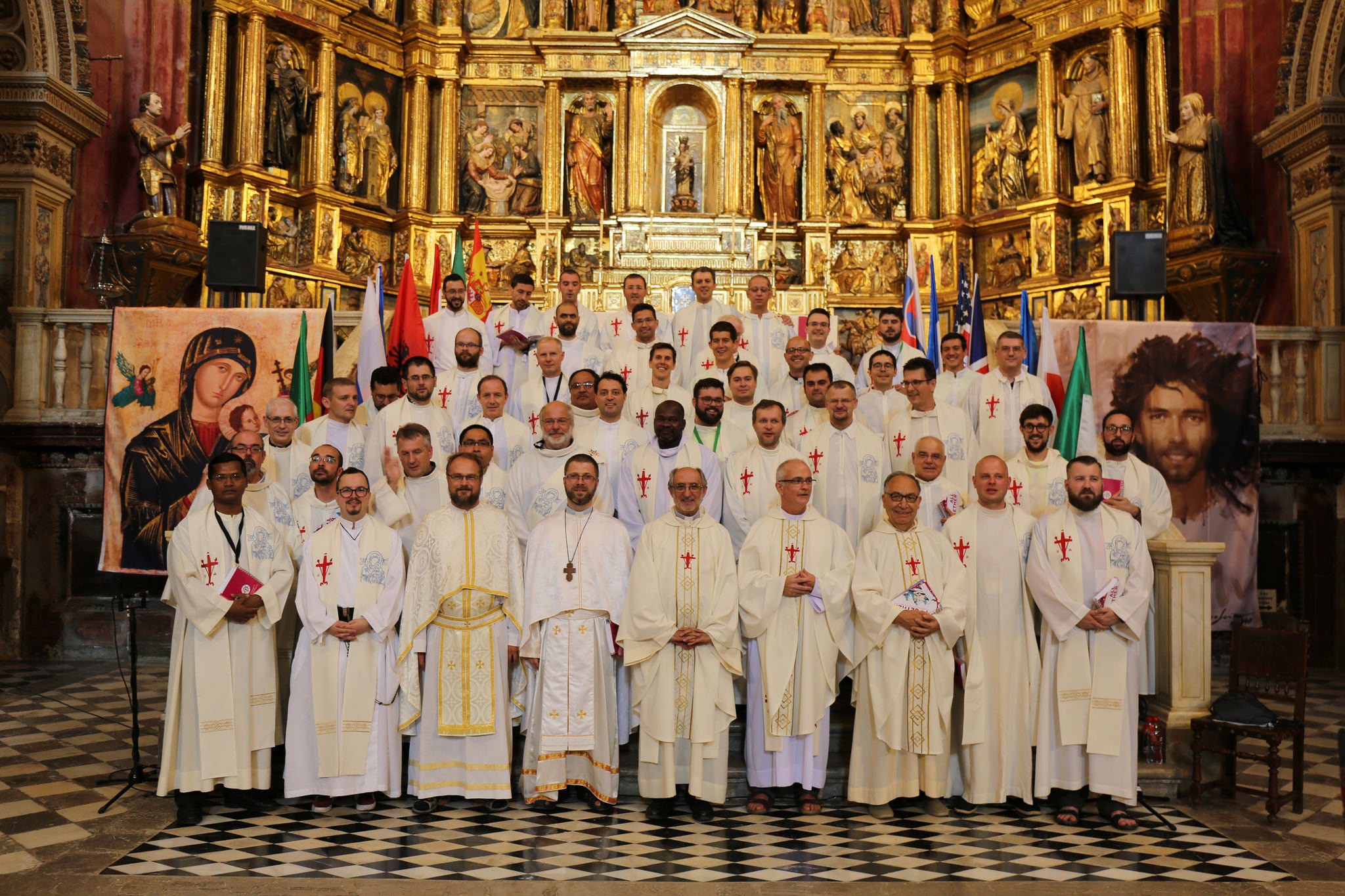 The youth felt at home and participated fully in all the programs. There was prayer in the morning followed by group presentations on the topic for the catechism in different groups on 27th July. The stalls continued to display and sell their products on the third day. There were masses celebrated in different language groups according to their conveniences. There was a grand procession of the Crucifix with the image of Jesus and the Icon of the Mother of Perpetual Help followed by reconciliation service in the Cathedral of Granada. It was really a heart-touching moment for everyone going in procession, meditating on the crucifix and the icon of Mary and young people making confessions. The whole procession and services lasted about four hours. 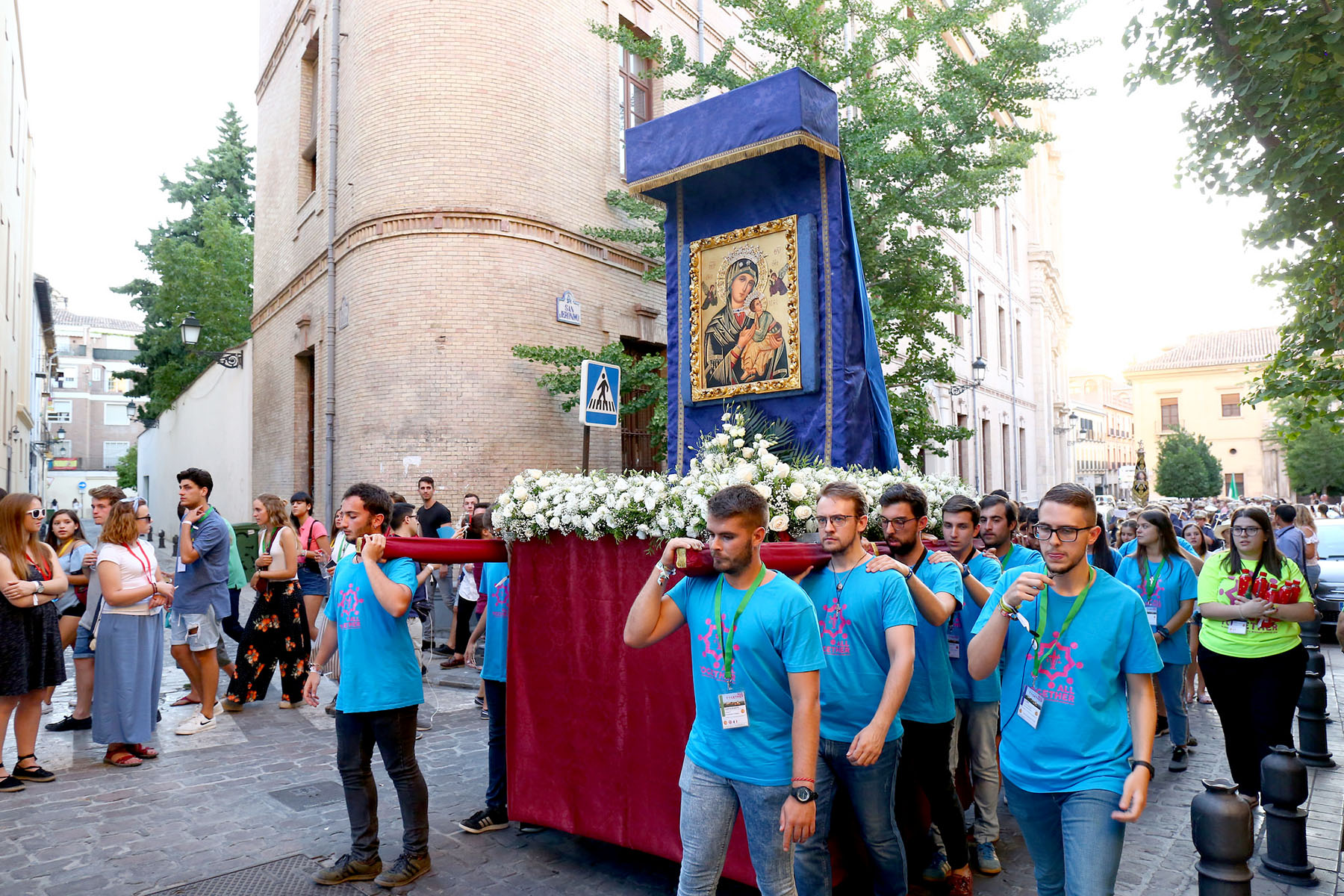 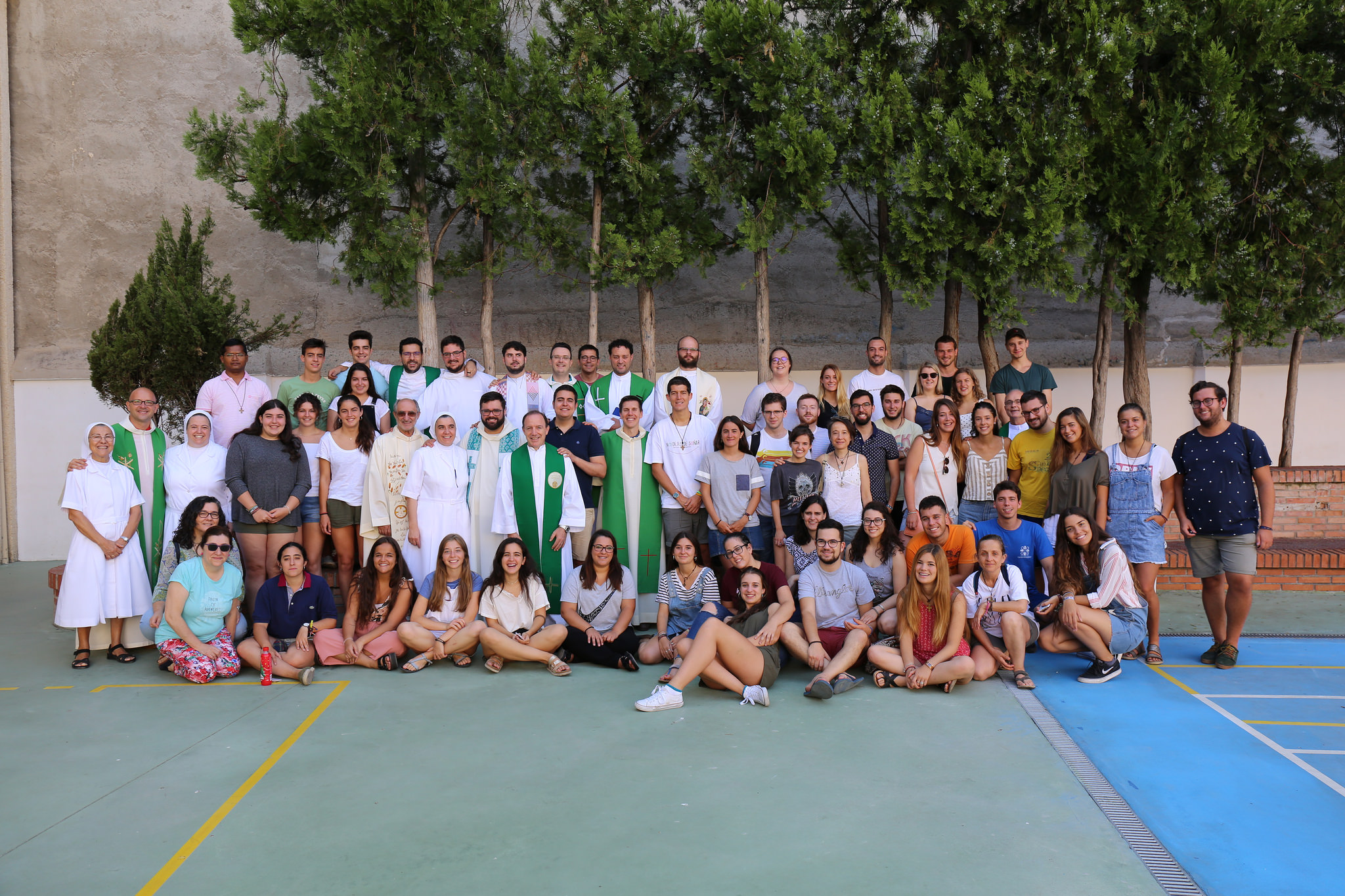 All groups on different buses left for the Abbey of Sacromonte at 9 am on 28th July. Everyone got a chance to visit the holy caves of St. Cecilio. There the holy mass was presided over by the provincial of Spain Fr. Jose Luis Bartolome.  Then the group left for the water park “Aquaola” and had the end of the Mission festival with entertainment and performances from different youth groups in the evening.

The final day was the day of commissioning. The coordinator of the Conference of Europe, Fr. Johannes Romelt, was the main celebrant at the Eucharistic celebration. All the youths were reminded of the theme of the mission “ALLTOGETHER” and were commissioned to their units as a vibrant youth leader to win back many youths to the Lord. Everyone enjoyed the company of one another. It was an unforgettable moment for all. The volunteers and organizers did a good job of arranging and carrying out every detail of the program.