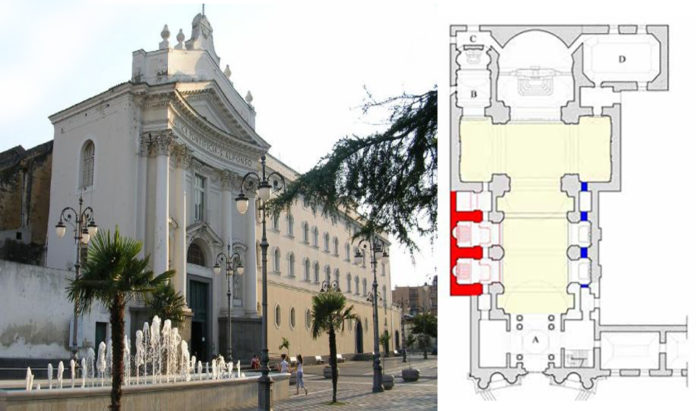 (Pagani, Italy) The religious house of the Redemptorists of Pagani was built from 1743 to 1745, in compliance with a project by Saint Alphonsus who, for the direction of the works, availed himself of the architects of the King of Naples, Pietro and Salvatore Cimafonte.

In the religious house with an adjoining church of Pagani, Saint Alphonsus delineated the Redemptorist Architectural Model, because he wanted the exterior appearance of the building reflects the interior spirituality of the Congregation. The model would have to drive precisely all the subsequent constructions of the Redemptorists. 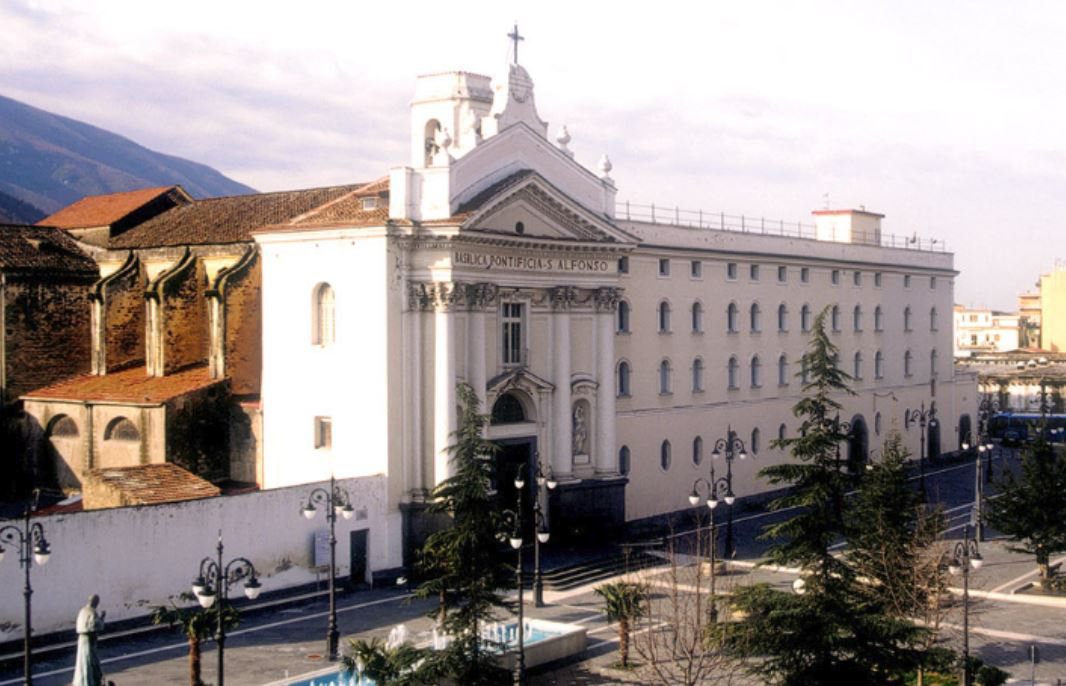 In the execution of his projects, which at times were simple sketches Saint Alphonsus used national-renowned architects. Even the current Basilica was designed by St. Alphonsus who, for the construction, took advantage of the royal architect Pietro Cimafonte.

The Basilica was built between 1756 and 1824. It was consecrated by Msgr. Domenico Ventapane, Bishop of Teano, who established the anniversary of the dedication on October 23, the day dedicated to the Redeemer in 1803. The original Alphonsian design of the Basilica was maintained for many decades after the death of Saint Alphonsus. 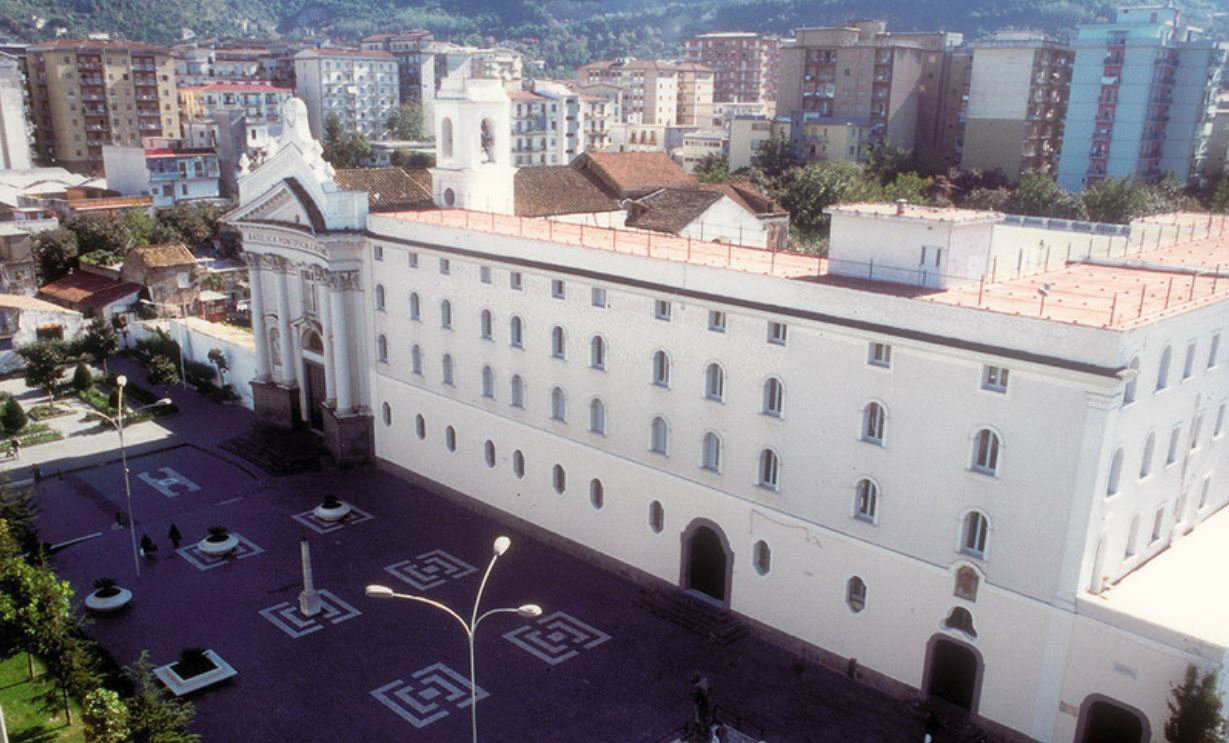 Not only that, over the centuries, the Missionary Fathers nevertheless wanted to preserve the architectural type with a single nave, with two side chapels, desired by their Founder. Precisely for this reason, neither the design of Giovanni Fluenzio Dente (1911-1912) nor that of Aristide Leonori (1921-1928), had foreseen the transformation of the church into three naves were carried out. 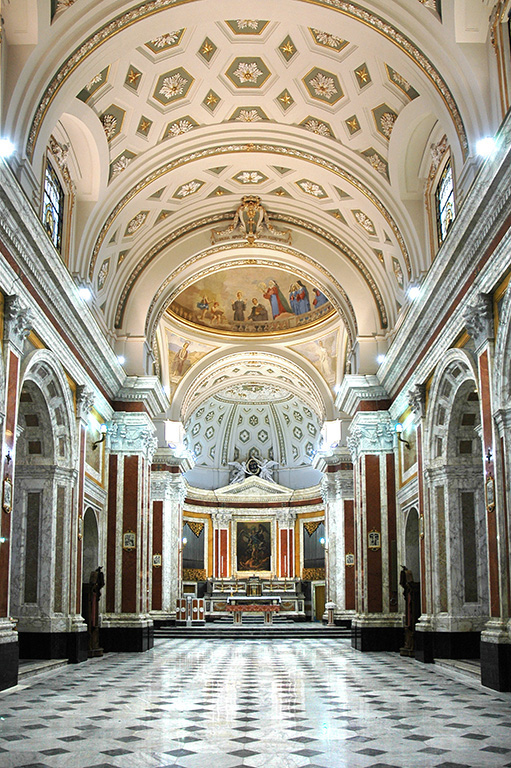 The current aesthetic-decorative aspect of the Basilica, however, is due to the restoration work carried out in 1930-33 by the architect Gino Chierici, Superintendent of the Medieval and Modern Art of Campania, which reduced the size of the side chapels and covered the walls of the entire Basilica with precious marbles and embellished the windows with stained glass windows.

In particular, this project aims to make the ancient 17th – 19th-century side chapels usable, which were reduced in size in the 1930-1933 restorations and have since been no longer accessible to the public.

The new project foresees that they will be used as a hall of ex-voto (The ex-voto’ is an object of various nature donated for a requested or received grace) of St. Alphonsus and a small museum that narrates the life of the Holy Founder. They will be used through the reopening of the ancient portal placed in the transept in front of the Chapel of St. Alphonsus. Therefore, the restoration will allow the visit of the pilgrims to these ancient spaces, which will be reused as an Alphonsian Shrine. Moreover, at the beginning of the museum itinerary, a thematic area will be set up concerning the building history of the Basilica, where its main construction phases will be retraced. 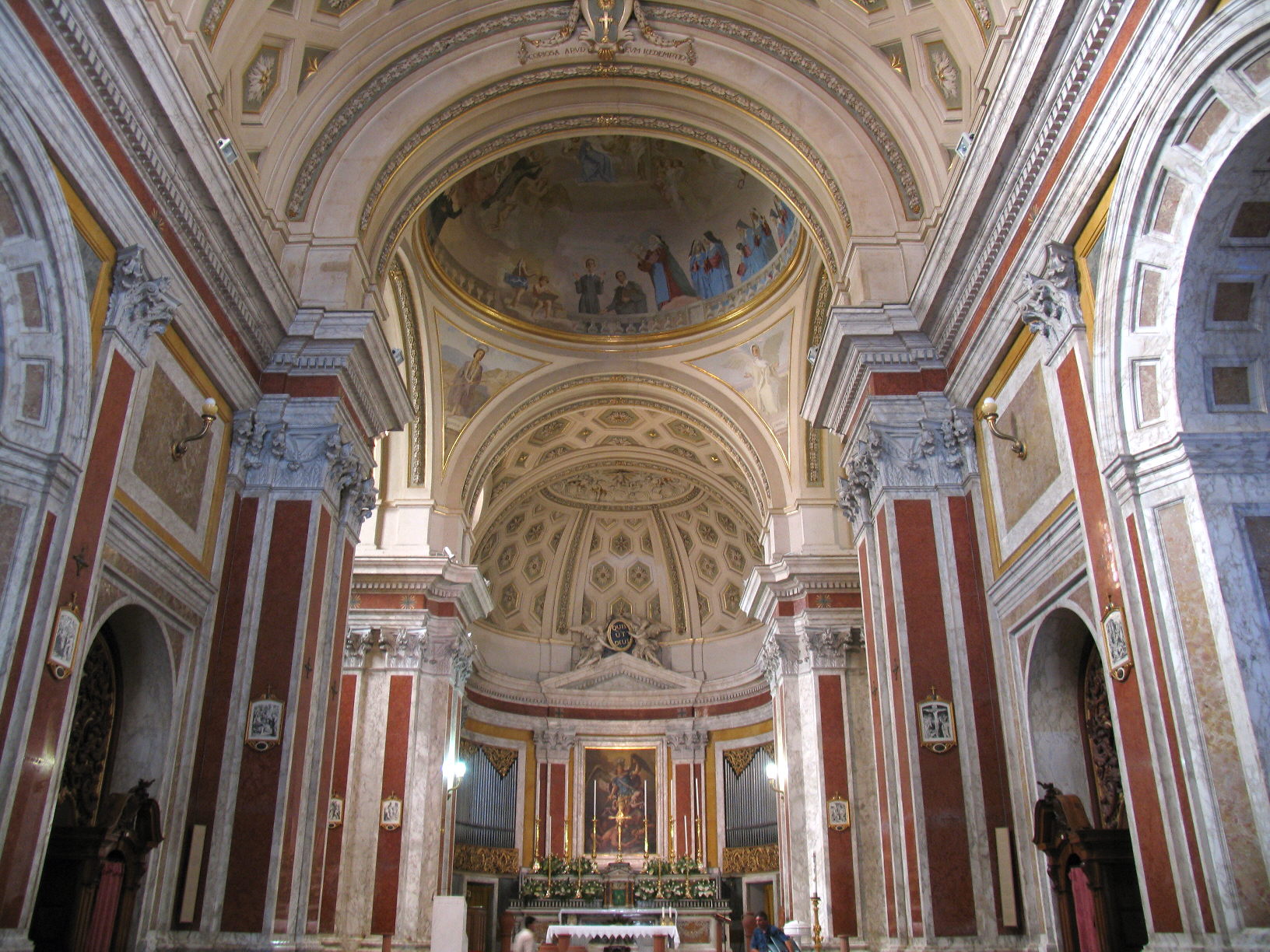 The facade will be replaced by the new intervention of restoration by reusing and recomposing the opening placed beside the facade, in order to allow independent access to the new Alphonsian Shrine. The new restoration will maintain the philological and aesthetic character of the facade of the Basilica which, in its artistic composition, is of the nineteenth century. It was built by Filippo Conforto in 1822-1823, while the statues of the Saints Peter and Paul were built by Carmine Calvanese in 1824.

The new Alphonsian Shrine will be mirrored in the Chapel of St. Alphonsus. In fact, the main access to the old chapels will be placed in front of the entrance of the Alphonsian Chapel and will constitute its natural thematic extension.

On the one hand the pilgrims will be able to pray at the Saint’s tomb in the Chapel and on the other side in the Shrine, they can continue their meditation by visiting the ancient chapels where the main stages of the life of St. Alphonsus will be illustrated and then the vocation, the renunciation of the lawyer’s gown, theology and miracles (the latter through ex-votos).

The Chapel of St. Alphonsus was built in 1819-20 by the Superior Fr. Celestino Maria Cocle and the marble master Raimondo Belli. Its gate was forged in 1820 by Lorenzo Gargiulo and the new project will re-propose it in smaller dimensions as the entrance to the new shrine, according to the criteria of the restoration of distinctiveness and assonance as theorized by Cesare Brandi and the Roman school of restoration by Paolo Marconi.